“I say let the world go to hell, but I should always have my tea.”
― Fyodor Dostoevsky, Notes from Underground 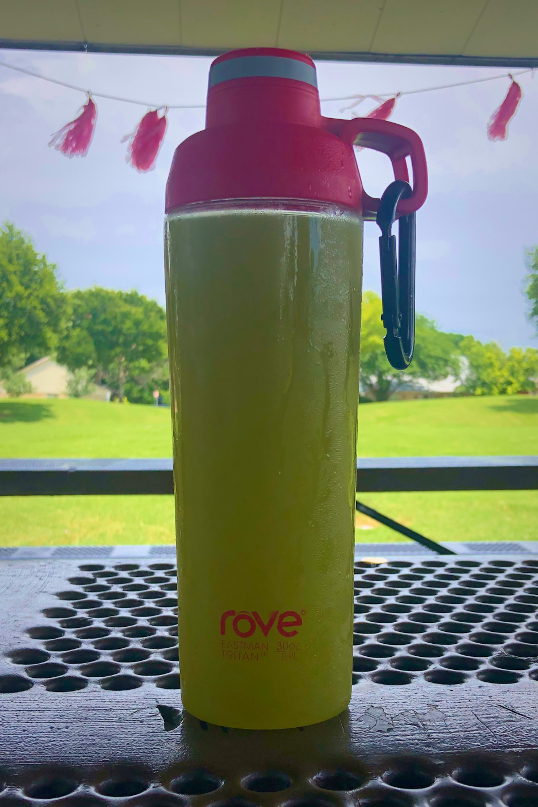 I am having success with my plan of riding my bicycle some every day, even if it’s only a short ride (though the average length is slowly increasing). I make it as interesting and enjoyable as possible – one way is to take goodies (hopefully healthy) along with me to consume while I take a short rest. Since the Texas summer is pretty much already upon us – my treats usually take the form of cold beverages.

This is some Matcha Green Tea, in a bottle with ice. It is supposed to be healthy, and doesn’t taste all that bad.

“Keep on acquiring a taste for what is naturally repugnant; this is an unfailing source of pleasure.”

― Aleister Crowley, The Book of Lies

I’ve stolen something. There is a bar that I visited last year, one that had an old fashioned photo booth back in the back, next to the filthy bathrooms. On the wall by the booth was a torn up cork board. A lot of people thumbtacked their strips of four photos into the cork, leaving them for posterity. I picked up a handful that looked interesting and stole them.

I’ve scanned the strips and I think I’ll take them, one at time, four photos at a time, and write a few words about the people in the photographs. Or, more accurately, what I imagine about the people. This is the last one I have (for now).

A Guy, His Girlfriend, and His Uncle

Red Molly in a Leather Jacket

Found by a photobooth,
Molly’s At the Market, French Quarter, New Orleans

They were so excited – the drink had been so ballyhooed they even decided to throw it down in a photobooth and record the wondrous moment for posterity.

Unfortunately the stuff, despite its fame, sucked.

Margarita, how beautiful the sea is:
still and blue.
The orange blossom in the breezes
drifting through.
The skylark in its glory
has your accent too:
Here, Margarita, is a story
made for you:

Then we slept, our storm-scattered raft adrift in the afternoon sun, mouths parched, detritus trailing us across the lifeless ocean. Or did fish school beneath us, flashing like bonfire sparks in a bottomless night?

—-Alex Sheal, before the storm

There is this comedian, Larry Miller (he’s the obsequious clothing salesman in Pretty Woman) that does this comedy routine about drinking in bars – it’s called “5 Levels of Drinking.”

You crawl outside for air, and then you hit the worst part of level five ~~ the sun. You weren’t expecting that were you? You never do. You walk out of a bar in daylight, and you see people on their way to work, or jogging. And they look at you, and they know. And they say, “Who’s Ruby?”

Let’s be honest, if you’re 19 and you stay up all night, it’s like a victory like you’ve beat the night, but if you’re over 30, then that sun is like God’s flashlight. We all say the same prayer then, “I swear, I will never do this again (how long?) as long as I live!” And some of us have that little addition, “……and this time, I mean it!

Truer words have never been spoken.

Today’s story reminds me of that bit, somehow.

This woman, a bartender at the NYLO Southside, asked Candy, “Is your husband a professional photographer?”
Candy answered, “He thinks he is.”

Today’s story, for day 7 – Why Don’t You Dance?, by Raymond Carver

Read it online here:
Why Don’t You Dance?, by Raymond Carver

He considered this as he sipped the whiskey.

—-Raymond Carver, Why Don’t You Dance?

His stories are a revelation to me. His characters real, with flaws and good points, – with the flaws winning out in the balance by quite a bit.

Because that is what is important.

INTERVIEWER
But what made you want to write?
CARVER
The only explanation I can give you is that my dad told me lots of stories about himself when he was a kid, and about his dad and his grandfather. His grandfather had fought in the Civil War. He fought for both sides! He was a turncoat. When the South began losing the war, he crossed over to the North and began fighting for the Union forces. My dad laughed when he told this story. He didn’t see anything wrong with it, and I guess I didn’t either. Anyway, my dad would tell me stories, anecdotes really, no moral to them, about tramping around in the woods, or else riding the rails and having to look out for railroad bulls. I loved his company and loved to listen to him tell me these stories.
—-Raymond Carver, from the Paris Review

If you don’t die of thirst, there are blessings in the desert. You can be pulled into limitlessness, which we all yearn for, or you can do the beauty of minutiae, the scrimshaw of tiny and precise. The sky is your ocean, and the crystal silence will uplift you like great gospel music, or Neil Young.
—-Anne Lamott 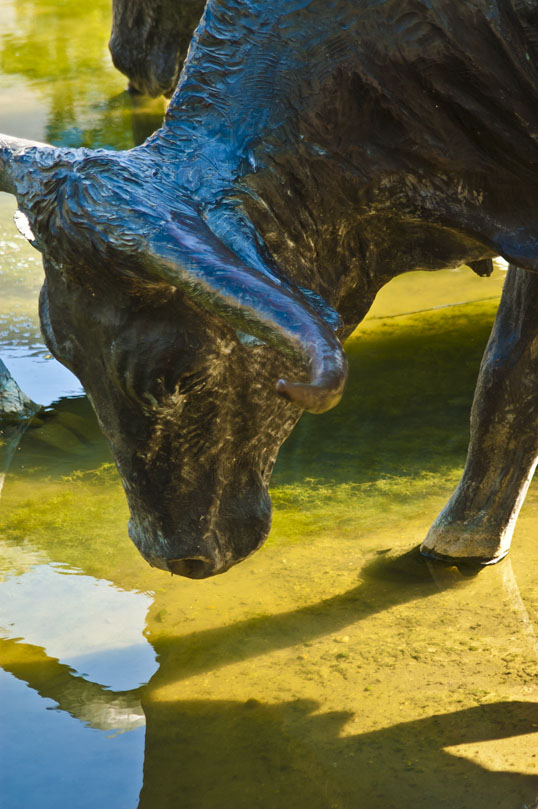 So many people visit and take photos of the bronze cattle drive in Pioneer Plaza. It’s a challenge to find something ten thousand tourists haven’t shot on their phones before.

For about I year I watched the progress of a new small brewery here in my own town of Richardson. It was established by two experienced home brewers that wanted to take the next step and open up their own establishment. It was called Four Bullets Brewery and has finally had its soft opening, with the official grand opening scheduled in a couple months.

It’s been open on Saturdays from noon to six with the typical tour deal – ten bucks for a glass and three beer tickets. I have been enjoying these craft beer tours for a few years now and really wanted to check out Four Bullets. The last couple weeks were too busy for me but today I was able to make a visit.

The brewery is located in a little industrial area north of downtown, near the Arapaho DART train station. It’s very close to where I live – but there is a railroad track blocking the way, so I rode north past the rail station and doubled back. It was a nice, easy ride, about three and a half miles.

I folded my Xootr Swift and locked it to a sign out in front – I should have ridden around to the back of the building, but I didn’t know.

My bike folded and locked up in front of Four Bullets.

The brewery is small – about the size of a generous garage, but it has an extensive open area out back with tables and some games. The crowd grew throughout the time I was there, until they had a very respectable bunch hanging around. A food truck sold barbeque in the back – he had his smoker located upwind and the smell made it impossible to resist. 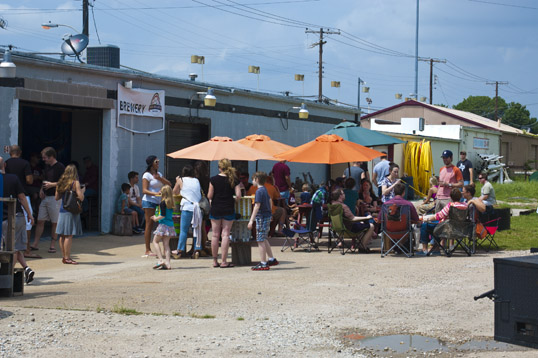 The crowd grows in the patio in back of the Brewery.

I’m not expert on beers – but I enjoyed the three I tried. They all had the complexity and freshness you expect in a small batch craft beer. I especially liked the Oatmeal Stout – excellent and not too heavy, and the Pale Ale – very drinkable with a lot of flavor without being too hoppy. It’ll be interesting to watch Four Bullets as they go along – see if they get more adventurous with their beer varieties.

The City of Richardson looks at this industrial park as a potential little Design District – with the same kind of development – restaurants, galleries, breweries – that Dallas is working on in the area between downtown and the river. A food truck park is slated to open soon. I hope the trend continues – it would be a cool thing.

I will definitely go back, maybe try and organize a bike ride from a DART station through the east side of the city down to the brewery.