You see, being an artist gives a person a kind of immortality. The art takes on its own life. Long after an artist is gone, the work remains. Especially now, when everything is digital and instantly accessible an artistic ghostly presence is forever there in the cloud. They may be gone, but they will never be forgotten.

This time it’s different. A month ago I came across an online article – VIDEO: New David Bowie song possibly the most David Bowie song ever. I watched the video for Blackstar and I had to agree – the music and the video – the only way to describe it is David Fucking Bowie.

So I started taking notes about my memories of David Bowie.

There was a cable television documentary – David Bowie: Five Years. It was fascinating to watch, because I could pin the precious years of my young life along with the progression of Bowie’s music and career.

I actually read about Bowie before I heard him. You forget, back in the day, how difficult it was to actually hear music that wasn’t on the top forty list. There were no digital downloads and I was living outside the country and glam rock wasn’t all that popular in Nicaragua at the time. So I read all I could about music, and read a lot about David Bowie – without actually being able to hear his music.

The first time I heard “Space Oddity” was on a battery powered FM radio while I was sitting in a pickup truck in the middle of a vast hot dusty field during harvest, waiting for a load of wheat to come from the harvesting combine. I remember the moment like it was yesterday.

Of course, once I made it to college, a variety of music became more available, though nothing like today. For an amazing decade David Bowie’s various styles and personas led what was happening with me and my friends, anticipating: glam, punk, electronic, and then dance music.

Even, decades later, when I was making a video to show at Nick’s high school graduation, mixing photos and music, I chose Heroes as one of the songs. I went to quite a bit of trouble to make sure this photo appeared during the lines: 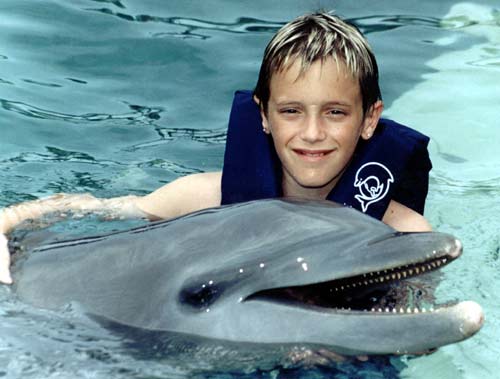 I, I wish you could swim
Like the dolphins, like dolphins can swim
Though nothing, nothing will keep us together
We can beat them, forever and ever
Oh we can be heroes, just for one day

So when I stumbled across Blackstar and the first single, Lazarus, I was glad to see some more new stuff from Bowie, David Fucking Bowie, after all these years. I watched it and tried to figure out what was going on. I couldn’t.

Yesterday, I found out.