While I was riding my commuter bike around downtown Dallas, I stumbled across this piece of welded iron sculpture in back of the office building at 2001 Bryan Street.

I looked around and couldn’t find any type of plaque or label or anything. I have no idea what the sculpture is or who did it or who put it out there in back of that skyscraper.

Still, whatever, I like the thing and am glad I found it. It sort of feels like my own personal secret sculpture, in the middle of the big city.

The sculpture, with the Eye of Sauron in the background.

My commuter bicycle, leaning up against the mystery sculpture.

Welder outside the Plaza of the Americas, Dallas, Texas 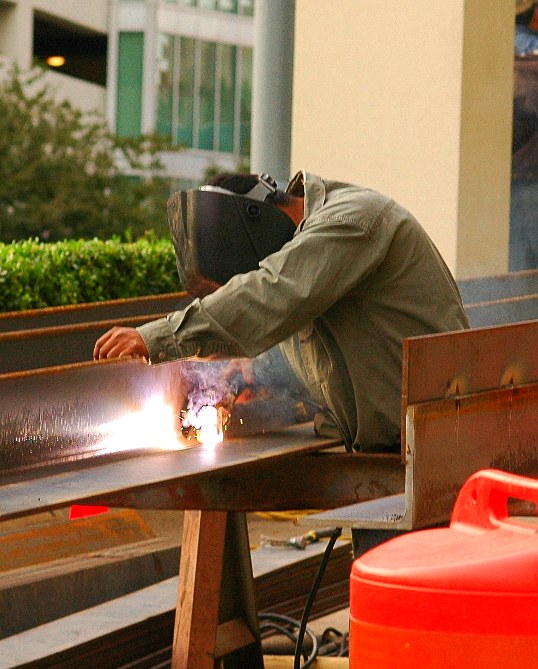 Always overlooked is the beauty of work. Every day we walk, move, and live on, under, and around steel welded by unknown men wearing heavy dark masks to protect them from the rays of the arc.

He wields the power that melts steel, joins the strong, flickering and cracking in blinding plasma, high voltage, matter reduced to its most elemental stage.

And all he wants is his paycheck and to go home. And high above, the skyscraper grows higher and higher.

It’s a difficult thing when you see something so subtly beautiful and perfect and you know you can never take a picture that conveys the sublime moment. It’s when you understand what a master of ink and brush is trying for.

You have to be there… but you weren’t. 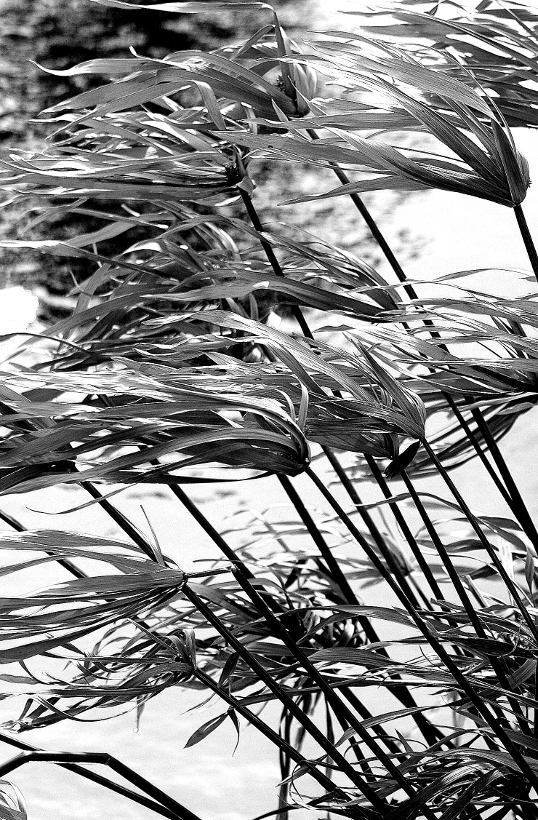 We had an unusual White Christmas here in Dallas yesterday. Inspired by a friend of mine and her wonderful photography, I decided to brave the sub-freezing temperatures and go down to the Arboretum one last time for the year today. The Chihuly exhibit that I visited a while back is leaving at the end of the year. I have taken (and posted) a lot of photos of the glass sculptures over the year and wanted to get in my last shot. As I looked out my door and saw my neighborhood still blanketed in a sheet of white I imagined how gorgeous the colorful glass would be in a frosty setting. I packed up my camera and a couple lenses and drove down there.

Unfortunately, it had not snowed in that part of town very much and the Arboretum was mostly free of the white stuff. Still, due to the cold it was almost empty (bunch of wimps) and the many leafless trees added a unique, open aspect to the landscape. I enjoyed walking around and filled another digital card up with even more photographs to wile away the web space over the next months.

I’ll miss the colorful Chihuly glass when it leaves in a couple of days, but I’m already looking forward to my next visit and the other natural beauties of the place.

Walking around, especially perusing the shadows a bit, I discovered there was a little ice here and there, after all. 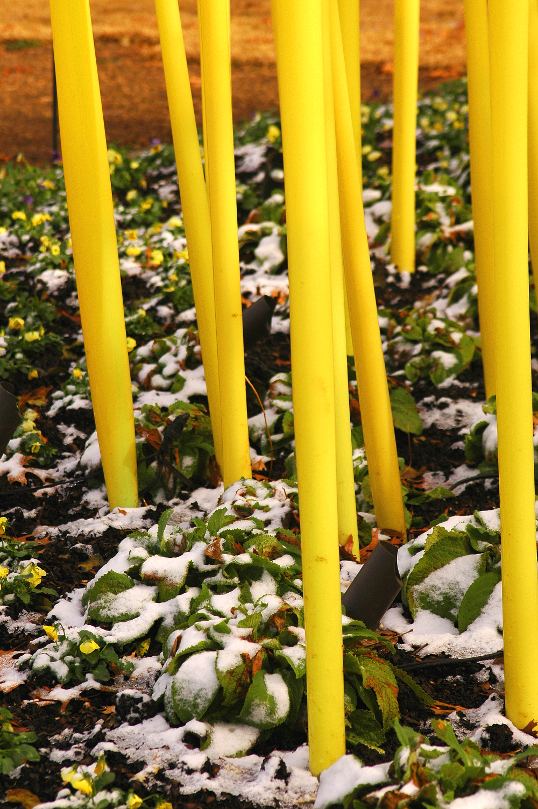 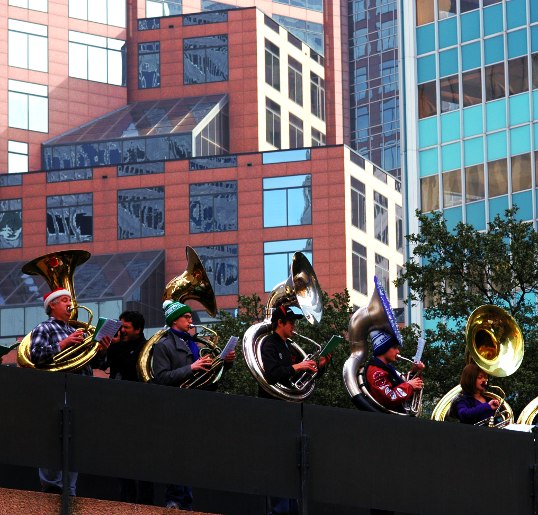 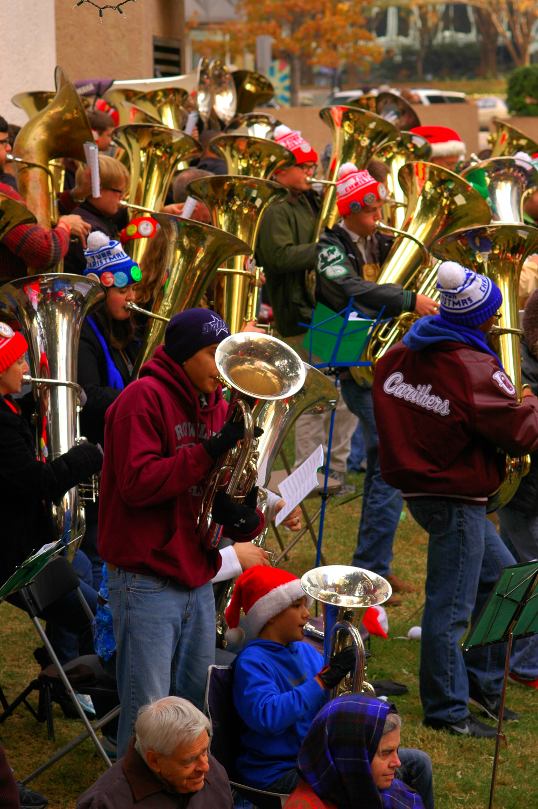 Despite the fact that (in additional to the least-cool) I am the least fashionable person on the planet I am interested in the idea of bicycling style, or chic, or whatever you want to call it. Not the old spandex, carbon, and logo style, but the more relaxed, European, style of riding a bike in the urban environs.

I went on a fun ride the other day with a nice group visiting some boutiques and such in a couple of stylish and hip neighborhoods of Dallas.

Looking through the library I discovered a book by David Byrne, where he relates some of his experiences riding a folding bike through some of the more interesting cities of the world.

He starts out insulting my city… which is pretty world-renowned for cycling unfriendliness.

Most US cities are not very bike-friendly. They’re not very pedestrian-friendly either. They’re car-friendly – or at least they try very hard to be. In most of the cities one could say that the machines have won. Lives, city planning, budgets, and time are all focused around the automobile. It’s long-term unsustainable and short-term lousy living. How did it get this way? Maybe we can blame Le Corbusier for his “visionary” Radiant City proposals in the early part of the last century:

His utopian proposals — cities (or just towers really) enmeshed in a net of multilane roads — were perfectly in sync with what the car and oil companies wanted. Given that four of the five biggest corporations in the world still are oil and gas companies, it’s not surprising how these weird and car-friendly visions have lingered. In the postwar period general Motors was the largest company in the whole world. Its president, Charlie Wilson said, “What’s good for GM is good for the country.” Does anyone still believe that GM ever had the country’s best interests at heart?

Maybe we can also blame Robert Moses, who was so successful at slicing up New York City with elevated expressways and concrete canyons. His force of will and proselytizing had wide ranging effects. Other cities copied his example. Or maybe we can blame Hitler, who built the autobahns in order to allow German troops and supplies fast, efficient, and reliable access to all points along the fronts during World War II.

I try to explore some of these towns — Dallas, Detroit, Phoenix, Atlanta — by bike, and it’s frustrating. The various parts of town are often “connected” — if one can call it that — mainly by freeways, massive awe-inspiring concrete ribbons that usually kill the neighborhoods they pass through, and often the ones they are supposed to connect as well. The areas bordering expressways inevitably become dead zones. There may be, near the edges of town, an exit ramp leading to a KFC or a Red Lobster, but that’s not a neighborhood. What remains of the severed communities is eventually replaced by shopping malls and big-box stores isolated in vast deserts of parking. These are strung along the highways that have killed the towns that the highways were meant to connect. The roads, housing developments with no focus, and shopping centers eventually sprawl as far as the eye can see as the highways inched farther and farther out. Monotonous, tedious, exhausting… and soon to be gone, I suspect.

He’s right of course… but not completely right. There is hope. Dallas (and every big modern city) does have its notorious web of high speed freeways, concrete ribbons of death.

But they don’t cover the whole city. In between these barriers are real neighborhoods with real people living in them. The challenge is to get off the freeway and find what’s there – and a bicycle is the best way to do it.

The freeways become a barrier to pierce. The city is working on creating routes and I’m working on finding them.

The third sculpture in Lubben Plaza, after Harrow and Journey to Sirius is Gateway Stele.

The textures of art, nature, and architecture juxtaposed in the downtown urban setting.

Recalling the ancient post-and-lintel portal form, “Gateway Stele” is made of Fredricksberg granite in a universal statement of civilizations coming together. It is functional, both as a passageway to be walked through, and as a place to remain, sitting on the surrounding natural bench.

The idea for ‘Gateway Stele’ comes from the traditional stele form, which is a monolithic stone with hieroglyphic writing. The posts of this portal have my writing in the patterns of squares cut into the stone. Just as we can’t translate the cryptic messages in the ancient stele, my ‘writing’ has no real translation, but it is meant to be interpreted on a visual basis.”

The impact of the portal is somewhat diminished by the fact that it guides the viewer into a parking lot – complete with a little cluster of valet parking attendants standing around smoking.