“I woke up as the sun was reddening; and that was the one distinct time in my life, the strangest moment of all, when I didn’t know who I was – I was far away from home, haunted and tired with travel, in a cheap hotel room I’d never seen, hearing the hiss of steam outside, and the creak of the old wood of the hotel, and footsteps upstairs, and all the sad sounds, and I looked at the cracked high ceiling and really didn’t know who I was for about fifteen strange seconds. I wasn’t scared; I was just somebody else, some stranger, and my whole life was a haunted life, the life of a ghost.”
― Jack Kerouac, On the Road 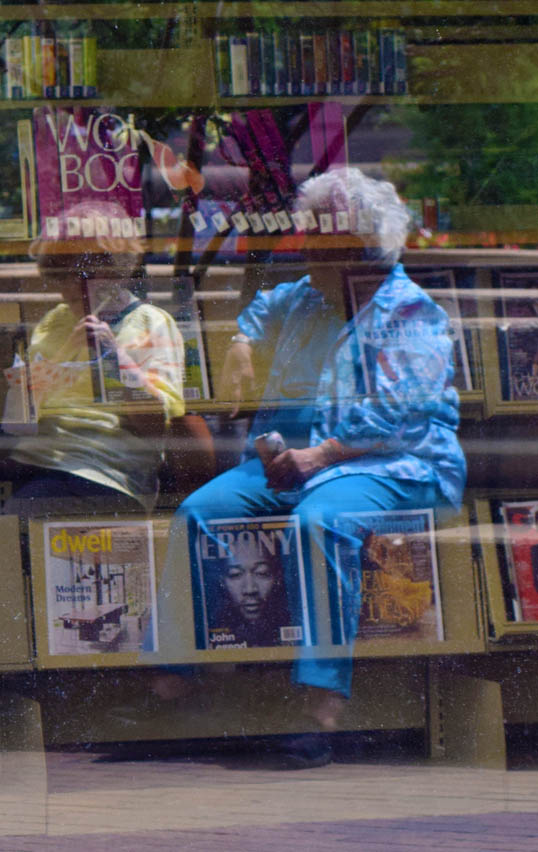 Here’s another one for today (#61) More than half way there! What do you think? Any comments, criticism, insults, ideas, prompts, abuse … anything is welcome. Feel free to comment or contact me.

It was so hot and so humid and the sun was so bright. The sand in Dave’s shorts made walking unpleasant and the store was so far away. The island was a long thin sandbar and they could hear the roar of the surf as they walked, though it was screened by rows of tattered beach houses on stilts and the line of dunes by the beach.

“Come on Dave,” Bernard said. “We’ve got to walk to the store. The girls are coming by tonight and I told them we would have Piña Coladas.”

“Yeah, I know. It’s so damn far though. I can’t even see it yet.” Dave stared into the heat haze that stretched out in front of him in a vast blur. He shook his head at the distance.

“What is in a Piña Colada anyway?” he asked.

“That doesn’t sound right. I thought it was bananas and cream.”

“Naw, it has to be pineapple… doesn’t Piña mean pineapple in Spanish?”

“I don’t think so. I think it just means cold drink or something like that.”

Dave stopped, shaded his eyes, and tried again to spot the big yellow sign in front of the store.

He turned back to see how far they had walked. He saw a ragged looking van coming down the road toward them and, on a whim, turned his hand and half-heartily extended a thumb.

As the van neared the bright sun poured through the windscreen and he could see clearly that there were two young women in the cab. The side windows must have been down and the wind blew their blonde hair up in a halo around their smiling faces. In seconds, the van rumbled past.

Dave let out a little sigh and then was shocked as the brake lights came on and it rattled to a stop on the sandy shoulder.

“What the hell?” said Bernard. He must not have seen the thumb.

As they came around the side, the sliding panel flew open. Dave and Bernard both jumped as the unexpected face jutted out from the dim bowels of the van into the sunlight. It was a huge, wild face, topped with a massive pile of unkempt red hair.

But what threw them was his beard – a thick mane that was inexplicably streaked with bright gold. The face opened and an unintelligible but loud grunt rushed out. Dave and Bernard stepped back, caught off guard in sudden fear.

“Come on guys, get in… Where y’all goin’ anyway?” came a sweet voice from the driver, turning in her seat.

Two meaty hands emerged on either side of the gold-streaked face and grabbed the hitchhikers, pulling them into the dark maw of the van. The door rumbled shut and the van sped off.

“She asked y’all, where ya going?” This was the other girl, sitting beside the driver.

“Uhh,” Bernard was the first to respond, “We’re headed to the store, the Lopez Quick Stop. We appreciate the ride… it was a long walk.”

“You ain’t a kiddin’ honey, The Lopez Quick Stop is back the other way. Y’all would be walkin’ all day and never get there.”

But Dave was too stunned by the scene in the back of the van to respond. The metal walls were hot and the air was stuffy with some terrible solvent smell. There were two men back there – the giant that had pulled them in, and another tall, thin bald man that appeared to have no hair on his body at all. Neither were wearing anything other than dingy boxer underwear and were rolling around on the floor of the van. There were no seats or other furniture, and the carpeted floor could barely be seen through a thick layer of comic books.

Even though the windowless van was dark except for what filtered in from the front windshield the thin man was reading one, and once the big one settled down he grabbed a couple at random and started staring at them. Dave’s eyes grew large as he looked around and realized that all the hundred or so comics littering the floor were various issues of Casper the Friendly Ghost.

The thin one lowered his comic and nodded to Dave, then reached down and picked up two books, throwing one each to Dave and Bernard. The thin one’s mouth and cheeks were splashed with gold like his big friend.

“Your name’s Dave?” one of the women asked. Dave was startled to see the driver turned around and looking at him instead of the road. Quickly though, she turned back and the other leaned over her shoulder and continued, “What’s your name then?”

“He’s Bernard,” Dave said. Bernard had finally taken in the scene and seemed struck speechless. In a meek gesture, he raised a Casper and began to thumb through it, without really looking.

“We’re Sisters,” said the driver, again turning around to speak.

“People think we’re twins, but we’re a year apart, really.” This was the passenger. They seemed to be in the habit of taking turns talking to the point of finishing each other’s sentences.

“Those two in the back, the big one’s Lucien.”

“And the other’s Beauregard.”

“But we just call him Bo. ‘Scuse how he looks, he shaved off all his hair last night.”

“And thought bugs were crawlin’ all over him.”

“Really they weren’t though – but once he got started.”

The two blonde sisters then started laughing. It was a high, childlike, tinkling laugh, and Dave thought it out of place in the van.

As if on cue, Lucian dropped his comic and reached into a cardboard box that was duct taped to one wheel well. He pulled out a large ziplock bag and a can of gold metallic spray paint. The bag was no longer transparent – its inside coated with a layer of gold. Shaking the can, Lucian sprayed the paint into the bag then lifted it to his mouth and took a quick series of deep, huffing breaths.

His head snapped back and he let out a frightening groan, even louder and more primal than the one they had heard when the door opened. He threw the can and bag over to Bo who repeated the process.

“Hot Damn!” Bo yelled as he finished, a fresh swath of gold smeared across his face. “Wow, that’ll take you places you don’t wanna go, for sure.”

He lifted the bag and can, offering it to Dave.

“Yes they sure do. That’s why we know y’all walkin’ the wrong way.”

“The boys bought their spray cans there.”

“Old man Lopez always keeps some gold in the back for them.”

“And some books too.”

“The boys like that lil’ ol’ Friendly Ghost almost as much as they like that gold paint.”

“Or at least to look at the pictures.”

Bo was grunting at Dave, trying to get him to take the paint and bag.

“Why were you boys going to Lopez anyway.”

Bernard answered, “We’re going to get stuff for Piña Coladas… we’ve got some people coming over.”

Dave decided to at least take the bag and can, hoping to get Bo to settle down.

He held the stuff in his lap and pretended to look at a comic, disturbed that his hand was smeared with gold. He looked up to see Bo making motions around his face, trying to egg Dave into huffing the paint, so Dave looked back down, trying to ignore him.

“Do either of you girls know how to make a Piña Colada?” Bernard asked.

“I donno, really, how ‘bout you Lucien?”

The big guy let out a loud bellow.

“Naw, I don’t think that’s it,” said Sara. “I think it has, like papaya and strawberries, maybe some champagne.”

“No, I don’t think so either,” said Suzy. “Isn’t it ice and lime and some double “sec” stuff or something.

Dave and Bernard felt the van accelerate. Even though he didn’t really trust Suzy’s driving, Dave was glad for the speed. He wanted out as fast as he could. He tried to concentrate on the comic and avoided looking at Bo at all. He let the bag and can slip through his hand and onto a pile of Caspers.

After what seemed like hours, the van squealed off the road and into a small parking lot. Dave grabbed the handle and shoved the door open.

“Thanks for the ride and enjoy your evening,” Dave said as he moved toward the door, carefully avoiding eye contact. Bernard didn’t say anything and beat him out the door.

“But boys, don’t you…” came a voice from the front. Dave ignored it and slid the door shut as hard as he could. He noticed that Lucien had picked up the bag and was shaking the can again.

“Holy shit!” said Bernard as they ran into the store. They crouched down, peering out the grimy window. The van idled for a while, shaking slightly in the lot. The two held their breath, scared that Lucien, Bo, or both would come bounding out looking for them.

“What do we do?” asked Bernard.

“I ain’t moving while that van is out there.”

They watched, trembling, until they saw the van swing back out onto the road. Both let out a deep sigh of relief.

“OK, memorize the direction, so we can walk back.”

“Well, I sure as hell ain’t hitching no more.”

They both let out a long breath and walked up to the counter. A fat, sullen clerk put down a comic book and looked out at them. They were relieved to see it was an X-Men.

“Do you know what goes into a Piña Colada?”

The man stared at them for a second and then pulled a bottle of some bilious white liquid out from under the counter.