In my neverending quest for free stuff to do I came upon an article touting this year’s Patio Sessions at Sammons Park in front of the Opera House in the Dallas Arts District. That sounded like a plan, so I rearranged some scheduling, dragged myself out of bed a little earlier so I could leave work on time, and took the DART Red Line from work downtown.

I got there in plenty of time – they weren’t even set up when I arrived. The two musical guests for this, the first Patio Session of the year were Madison King and Calhoun.

It was really nice. With the evening sun starting to set, the light in the Arts District was thick and gorgeous. The musicians played in front of the reflecting pool between the Winspear and the Wyly – which is a particularly attractive spot. The skyscrapers of downtown all glowed in the evening light like warm mountain spires and far overhead the aluminum sunscreen reached out with a welcoming last bit of shade. The crowd was light and super mellow – most people brought blankets and spread out on the patches of bright green grass around the pool. The weather, unusual for North Texas, was perfect – the killer summer heat hasn’t arrived yet.

Madison King was up first and did an excellent acoustic set. Everything was so relaxed and chilled – it was just what I wanted – a perfect escape at the end of a day.

Between the bands I wandered over to the food trucks and bought something to eat. There were plenty of tables – my only difficulty was balancing my food on the way over. Most people found their way into the roped-off area with little tables where they were selling alcohol. Even though this was outside, the sound was good and you didn’t have to scrunch up close – though you could if you wanted to. The only downside was the periodic roar of a Southwest Jet overhead and, for some reason, a couple of times the bells of the nearby Catholic Church erupted into a cacophony of clanging – which usually is cool, but clashed with the music.

I wandered back for Calhoun’s set. They were using an instrument I had never seen before – it was like an accordion in a ornate wooden box set on a stand. He would move one wall of the box back and forth and you could see the air going through little cloth valves. The box said “NAGI” on it and it didn’t take much work to find out what the instrument is. It’s a portable harmonium. These seem to be mostly used by Indian musicians, but it fit right in with what Calhoun was playing tonight. It enabled the three piece ensemble to have a deeper, more complex sound.

In their Youtube video for their SXSW showcase they look like a pop band, but again, for this setting, they went for a mellower, chilled out acoustic sound. They were very good at it and I really liked their set.

It didn’t last long – at 7:30 or so they were done. That’s nice for a work night, and I was able to catch the train before the sun set.

The Patio Sessions continue into the summer, every Thursday at 5:30. The lineup looks impressively diverse – and thankfully full of local talent – The Simon & Garfunkel tribute band looks cool, and I’m always up for a string quartet. I don’t know if it is always as relaxing and laid back – but I imagine it is. It might get more crowded as the season goes on, but there is plenty of room.

I’ll have to remember to bring a blanket next time. 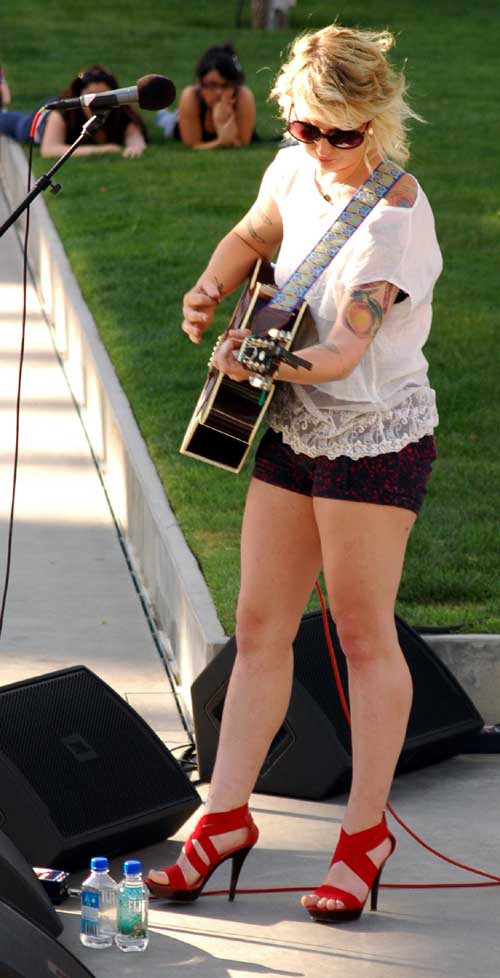 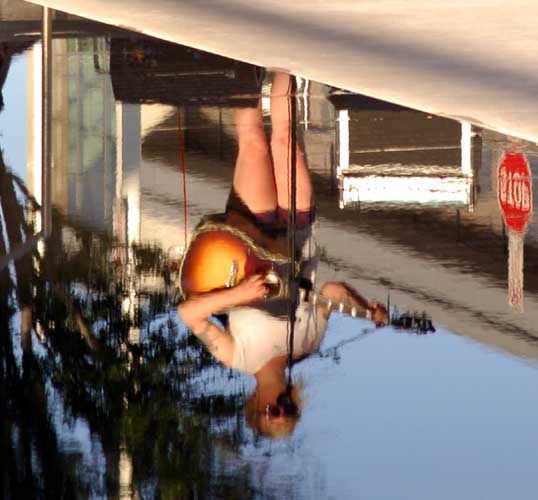 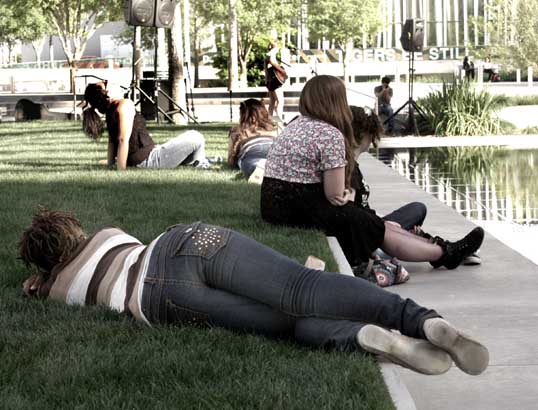 The audience was very, very laid back. 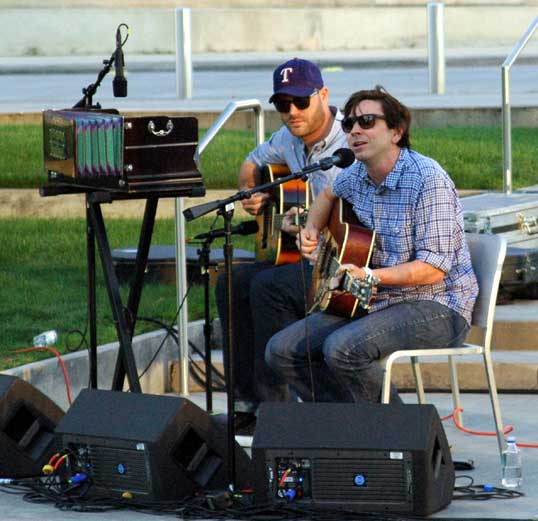 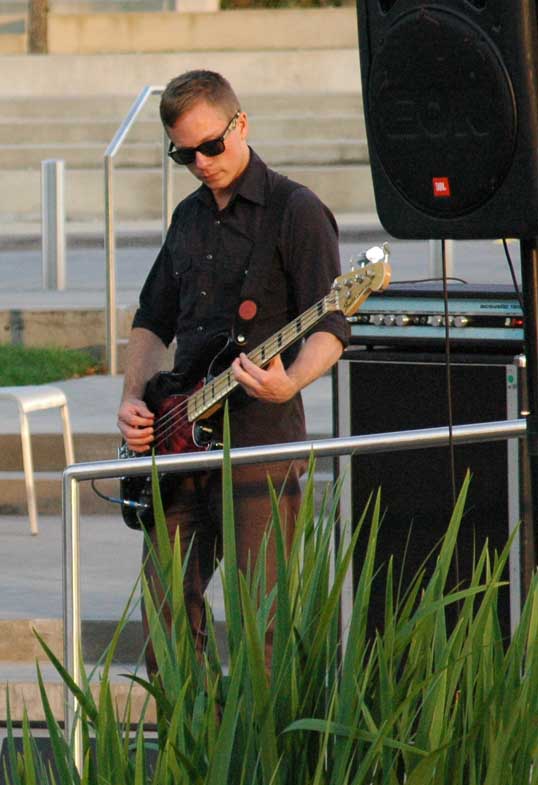 21 responses to “The first Patio Session”