Across the parking lot from Deep Sushi down Deep Ellum way there is a wall painted with four portraits. I have no idea who painted these or why…. I haven’t done any research on the paintings. For some reason I don’t want to. 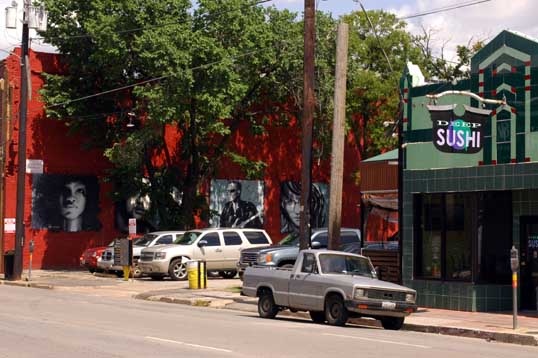 The parking lot for Deep Sushi, down in the Deep Ellum section of Dallas.

The four are all Dallas musicians… but a very eclectic lot. First off, Erykah Badu – by far the most famous. You know who she is. 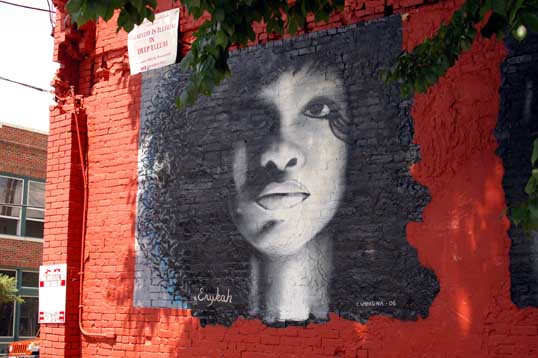 The next is a little more obscure. Ronnie Dawson was pure, absolute, Dallas Rockabilly. He was born here in 1939 and died of throat cancer in 2003. He was much more popular in England than here. 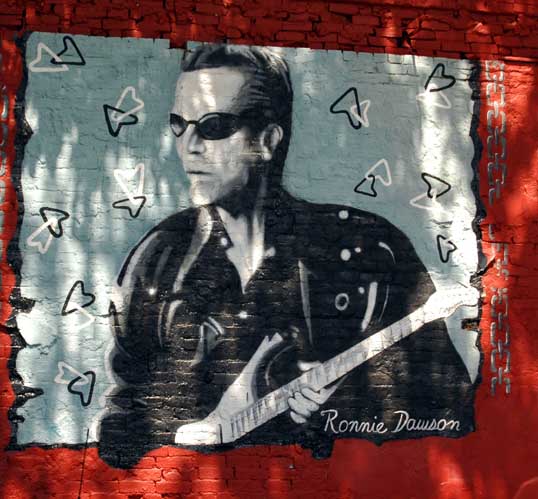 After these two classics, there are two current up-and-coming local artists. I have seen both of them in the last year and have written about them. First of all, the duo called the O’s. I saw them at the Patio Sessions at the Winspear Opera House… and was very impressed. 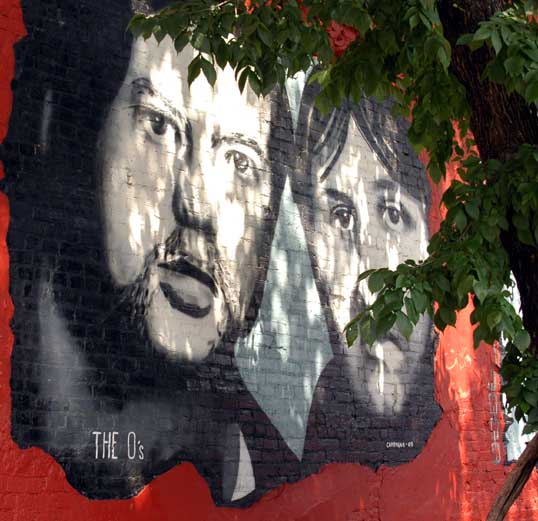 And last, but not least, Madison King. I’ve seen her twice recently. Again, she was at one of the Patio Sessions and I saw here just a week ago down at the Museum of Art. 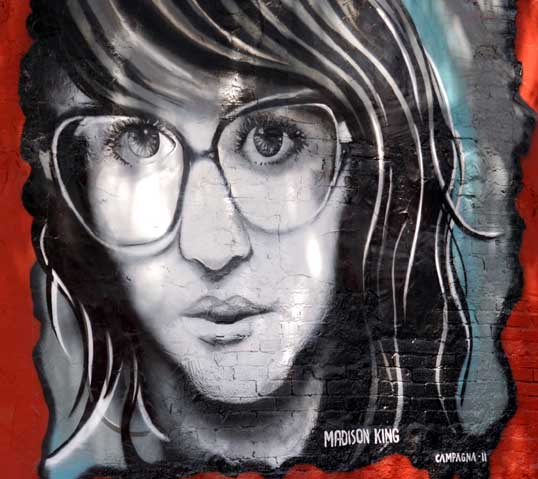 So here they are. If nothing else, a pretty good set of examples of the wide variety of music spawned on the overheated streets of Dallas. I’ll bet there are folks like that where you are from too… even if there aren’t paintings of them on a wall somewhere.

5 responses to “Wall of Fame”