There was a lot going on Saturday, so I pulled myself out of bed and headed out for the first stop – Don Johle’s Bike world in Garland for a Vintage Bicycle Swap Meet.

I confess I had no plans to buy anything (which is not surprising, I have no money) and was simply going over there to gawk. And gawk I did. 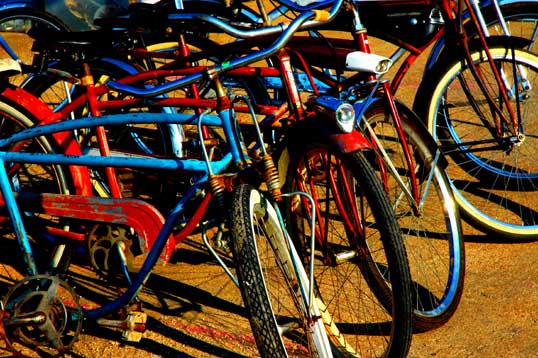 Rows of vintage bicycles. Vintage means many things. It can mean classic and valuable…. But mostly it means old, useless, rusty and overpriced… which is how I feel… so I suppose that gave me something in common with these bikes.

There were a few that had been restored, but mostly we were looking at raw materials here. There were some oddities too, and that was way cool.

Here’s an old moped-style that you don’t see every day. Beautifully restored.

I’ve been looking at folding bikes recently. Maybe a Bike Friday, or a Brompton... but probably a Dahon. There was a folder at the swap meet – it was an old Fuji mountain bike that was a give away prize to folks that smoked enough Marlboro cigarettes.

A cool looking old thing… not sure if it was worth the smoke.

The bike looks broken, but it isn’t… well not as much as it looks. It is a folding bicycle, the seat tube holds it straight when it is working. 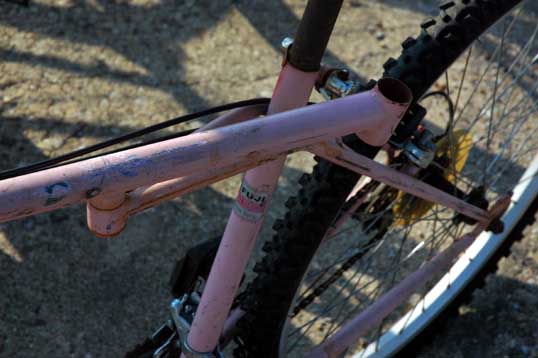 Smoke, smoke, smoke that cigarette. Enough wrappers and you can get a folding bike, courtesy of Marlboro.

Here’s a drivetrain you don’t see every day – a shaft-driven bicycle. I guess it would be good in the mud. I did spent a good part of a day cleaning my chain – this would get around that. 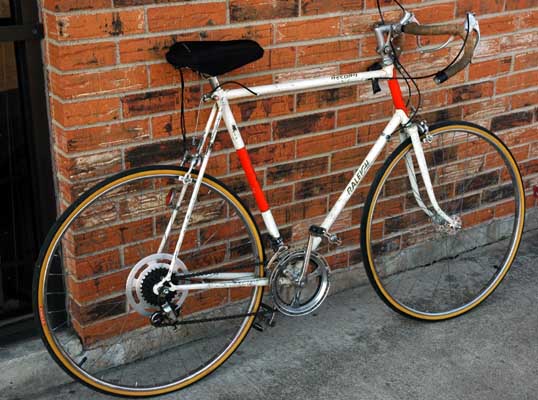 A 1970 or so Raleigh Record. I may be an old fart, but I think that bicycles of this era are among the most beautiful things on earth.
I need to get out more.

The classic old bikes made me think of the Raleigh Technium I have hanging in the garage. It needs new tires, handlebar tape, and a good going over… but maybe I should give it a try. The engine is still old and worn out though, I’m not sure it’s worth the trouble.