It’s been almost a month since I went with my Writing Group down to the Arboretum to take some photographs of the Dale Chihuly exhibition there. I know I have posted a lot about this, put up a lot of pictures, but I’m not done yet, not by a long shot.

For father’s day, Candy bought me a year-long membership to the Dallas Arboretum – so I can go as often as I want, sit around, and maybe stare at strangers. We were talking the other day when we had gone to the Zoo to see A Hard Night’s Day – a Beatles Tribute Band – about the fact that there weren’t any Rolling Stones tribute bands. So she also bought tickets to a concert at the Arboretum by Satisfaction… a Stones tribute band.

The Dallas Arboretum is massive and maze-like. When we were there, I wondered if we had missed any of Chihuly’s stuff. In the interim, I was able to learn the layout a bit better and I slipped away from the concert several times to walk the grounds, both in the evening light and the darkness (nighttime Chihluly photographs to come).

It turns out we did pretty well, only missing one Chihuly piece. It was a beautiful one though. In the second phase of the Woman’s Garden there is a little pond full of water plants (the Pool in the Genesis Garden). The artist had placed some white glass sculptures in amongst the green lily pads and colorful blooms. 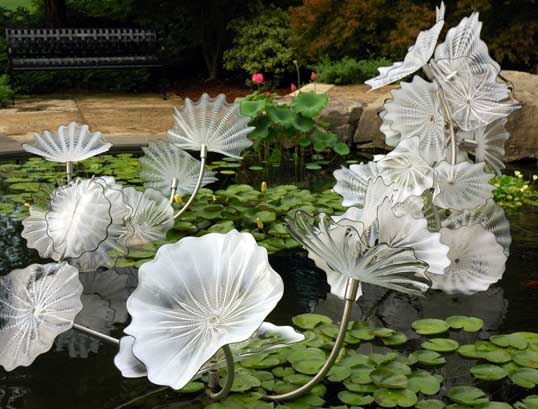 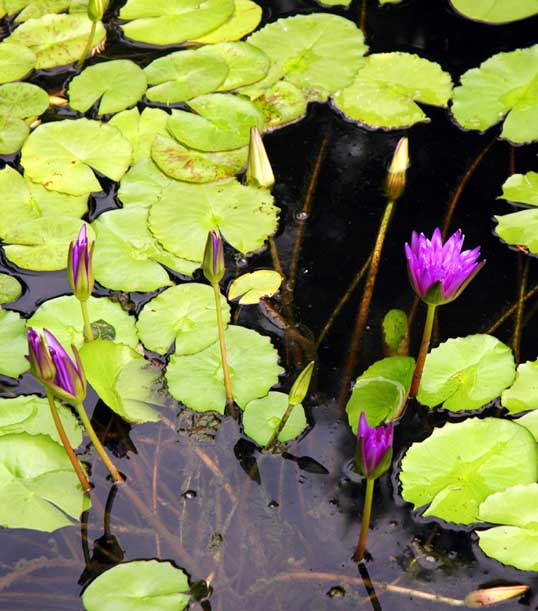