Every year, in the spring, Dallas is host to the three day Deep Ellum Art Festival. We try to go every year. I like to refer to it as the Deep Ellum Festival of the Arts, Music, Food, and Bad Tattoos.

I wasn’t able to get down there on Friday or Saturday, but managed to carve out a couple hours around noon on Sunday. The sky started to spit on the ride down and the clouds off to the west were looking ominous, so I had to scurry through the throng a little faster than usual.

There were a lot of artists there – more than usual. I was a little disappointed, though. Usually the Deep Ellum Festival of the Arts, Music, Food, and Bad Tattoos has a healthy selection of oddball, interesting, and edgy art for sale – but it seems to have been taken over by the usual selection of folks that haunt springtime festivals all across the heartland. There is one sculptor that I look for and he was there with his usual flair (tomorrow’s entry) but otherwise, there wasn’t much to catch my eye for sale.

Now, as far as the folks walking around, that was another story. That was fun.

The festival stretches in a double line of canvas booths lining Main Street for about a mile. It is now growing down a handful of side streets too. 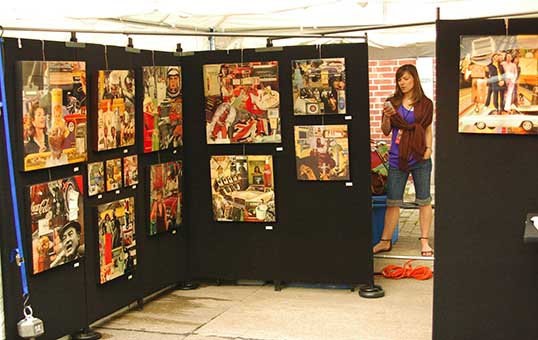 One nice thing about an arts festival is the chance to meet and talk to the artists themselves.

A wide variety of stuff is for sale. 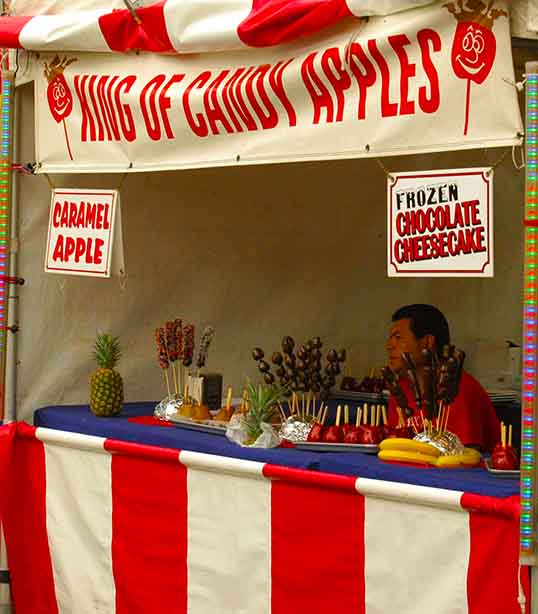 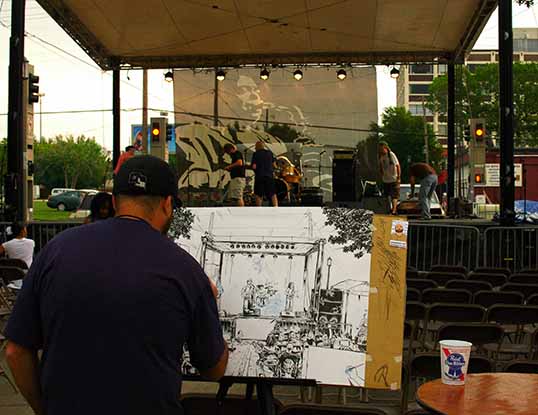 At each end of the main drag were large stages. This guy was drawing a band - though they had already finished.

This woman was waving a turkey leg out of her food trailer. When someone came up to buy one, she said, "Let me get you a fresh one hon, this is my demo model, I've been waving it out this window for hours."

A guy eating a turkey leg being stalked by a woman in a "Reality is a Prison" shirt. 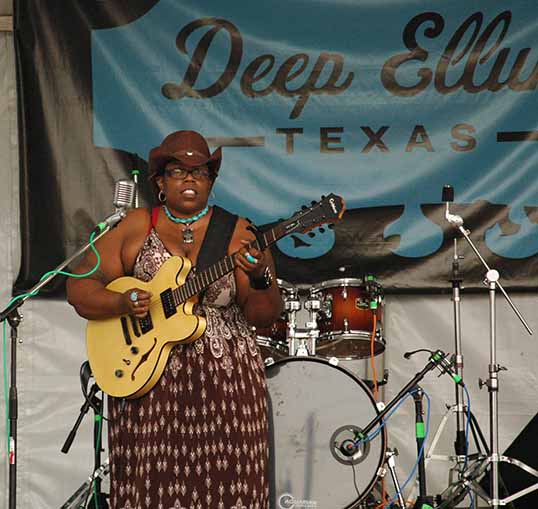 Smaller musical stages were set up out on the end of the side streets. 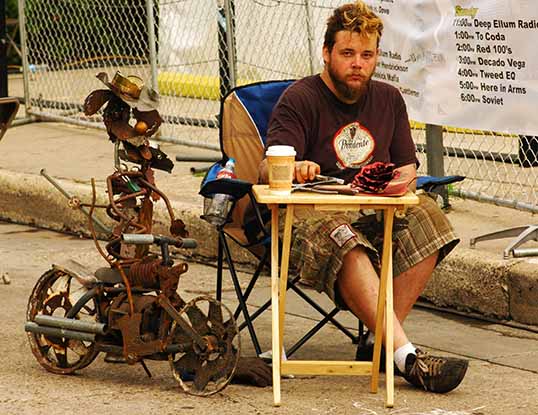 An artist and his creation.

I really liked these little sculptures... but you'd have to by all of them to get the same effect.