I just managed to convince my grandmother that it was a worth while that was something to do, you know, and when I did finally get the guitar, it didn’t seem that difficult to me, to be able to make a good noise out of it. 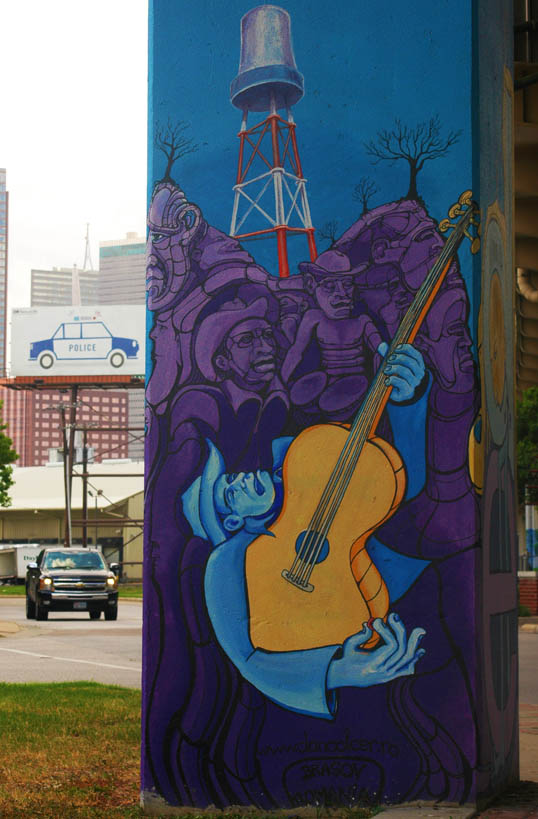 There’s this show that shows up on AXS television – on the cable, you know – called Classic Albums. On the show they take an hour and go through the production of a classic rock album – usually with the musicians, producers, artists, hangers-on… the whole works. It’s pretty cool. I watch for these and DVR the ones that look interesting to me. I’ve seen a few, let’s see… Aja, Dark Side of the Moon, So, Damn the Torpedoes, Pet Sounds.

Last night I watched one on an album I wasn’t all that familiar with – Cream’s Disraeli Gears. I’m old enough to remember Cream back in the day but a bit too young to be a huge fan. They were only together for two years – Disraeli Gears came out in 1967 – and I was ten years old. I didn’t really start listening to popular music until 1968 – I would scrounge up a dollar each week and buy one 45 single on Saturday, the first one I bought was the theme song for Hawaii Five-O (jeez, don’t be hard on me, I was only eleven).

So I remember the Cream album covers in the stores and over the years I heard all the hits (Strange Brew, Sunshine of Your Love, Tales of Brave Ulysses) but didn’t know much about the band except that it had Eric Clapton in it. I did see a documentary about Ginger Baker once – he was a madman.

The show was interesting and gave me a new appreciation of this classic rock music.

But the best part was finding out what Disraeli Gears meant. I always assumed it was some sort of British political statement. It isn’t. It’s a malaprop and a cycling reference.

“You know how the title came about – Disraeli Gears – yeah? We had this Austin Westminster, and Mick Turner was one of the roadies who’d been with me a long time, and he was driving along and Eric (Clapton) was talking about getting a racing bicycle. Mick, driving, went ‘Oh yeah it’s got them Disraeli gears!’ meaning derailleur gears… We all just fell over… We said that’s got to be the album title.”

How cool is that! You learn something every day. 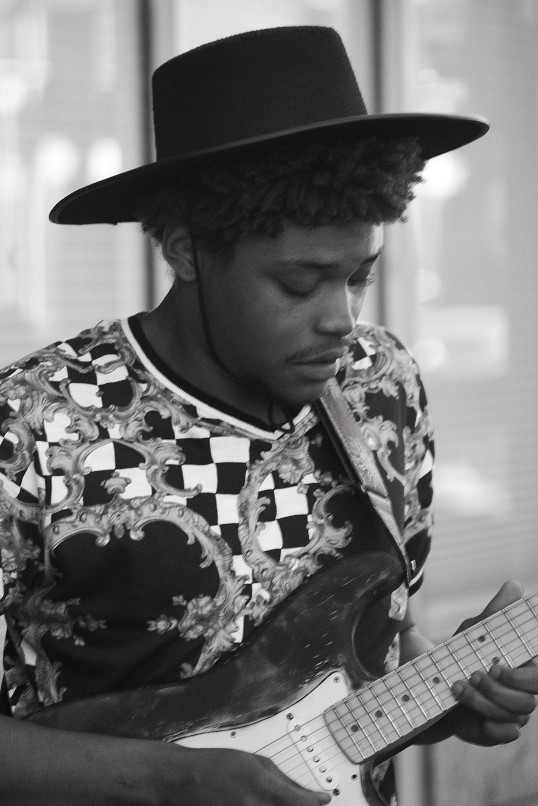 I was walking along the strip of concrete along the top of the Mississippi levee that separates the French Quarter from the vast moisture of the Big Muddy. There was the path, a narrow strip of weedy grass, a band of riparian riprap rock used for erosion control and then the water itself.

I noticed a pile of rock in a peculiar arrangement, down right next to the water. At first I thought someone had simply piled them up, but as I looked closer, it seemed that they would not hold together in that formation by themselves. Gravity would pull them asunder. Someone had gone down there with some industrial adhesive or quick-set epoxy and glued the stones together. It was a sculpture, a work of art.

An Internet search failed to reveal any information about this impromptu pile of granite.

Who knows how long they will hold together under the assault of the elements, but if you want to check – it’s right there near the entrance to Jackson Square. 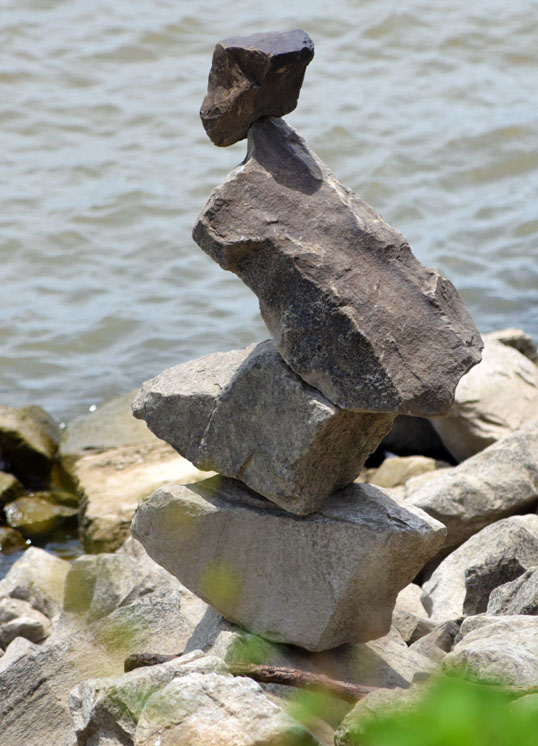 “Build your house on granite. By granite I mean your nature that you are torturing to death, the love in your child’s body, your wife’s dream of love, your own dream of life when you were sixteen. Exchange your illusions for a bit of truth. Throw out your politicians and diplomats! Take your destiny into your own hands and build your life on rock.
…
Don’t try to improve on nature. Learn to understand it and protect it. Go to the library instead of the prize fight, go to foreign countries rather than to Coney Island. And first and foremost, think straight, trust the quiet inner voice inside you that tells you what to do. You hold your life in your hands, don’t entrust it to anyone else, least of all to your chosen leaders. BE YOURSELF! Any number of great men have told you that.”
—-Wilhelm Reich, Listen, Little Man!

“Even so, there were times I saw freshness and beauty. I could smell the air, and I really loved rock ‘n’ roll. Tears were warm, and girls were beautiful, like dreams. I liked movie theaters, the darkness and intimacy, and I liked the deep, sad summer nights.”
― Haruki Murakami, Dance Dance Dance

“People worry about kids playing with guns, and teenagers watching violent videos; we are scared that some sort of culture of violence will take them over. Nobody worries about kids listening to thousands – literally thousands – of songs about broken hearts and rejection and pain and misery and loss.”
― Nick Hornby, High Fidelity

“Even so, there were times I saw freshness and beauty. I could smell the air, and I really loved rock ‘n’ roll. Tears were warm, and girls were beautiful, like dreams. I liked movie theaters, the darkness and intimacy, and I liked the deep, sad summer nights.”
― Haruki Murakami, Dance Dance Dance

“We feared that the music which had given us sustenance was in danger of spiritual starvation. We feared it losing its sense of purpose, we feared it falling into fattened hands, we feared it floundering in a mire of spectacle, finance, and vapid technical complexity. We would call forth in our minds the image of Paul Revere, riding through the American night, petitioning the people to wake up, to take up arms. We too would take up arms, the arms of our generation, the electric guitar and the microphone.”
― Patti Smith, Just Kids 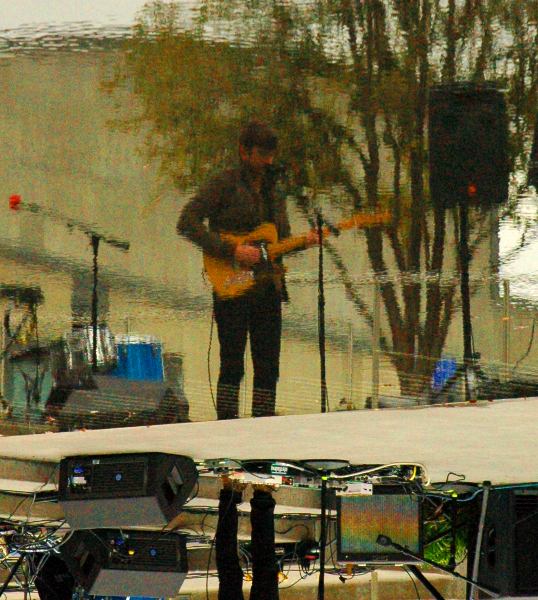 I’ve taken pictures here before and before… and now I’ve done it again and again.

“If music be the food of love, play on,
Give me excess of it; that surfeiting,
The appetite may sicken, and so die.”
― William Shakespeare, Twelfth Night