“The only truth is music.”
― Jack Kerouac 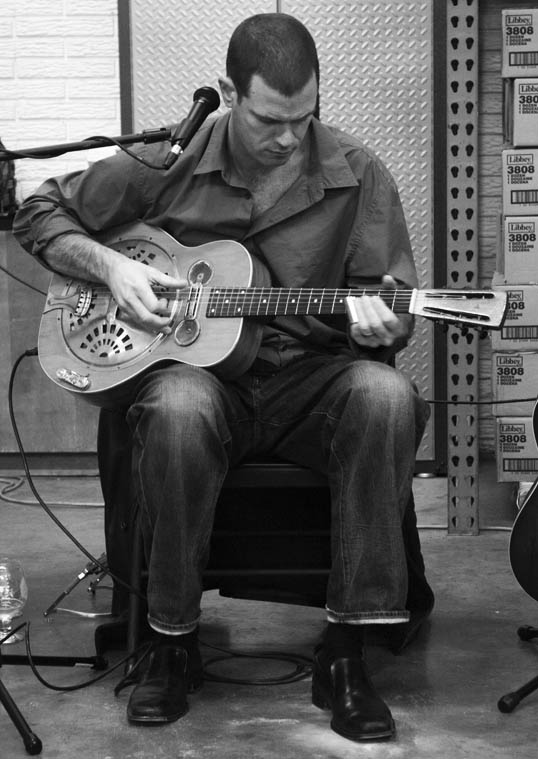 Music at the Brewery Tour

Here’s another one for today (#46). What do you think? Any comments, criticism, insults, ideas, prompts, abuse … anything is welcome. Feel free to comment or contact me.

Wendy’s parents were cool. Her father, Hank, had a beat-up old nylon string guitar that could never hold tune and fancied himself a musician. Doug had already formed his first band, a bunch of schoolboys with bad skin that called themselves Kubrick Honesty And The Midnight Emotion. They weren’t very good but Doug could already feel the power of being on stage, the glazed stare of the middle school girls leaning on the gymnasium stage, looking up at him.

Doug knew Hank was happy that Doug was Wendy’s boyfriend because Hank wanted to live out his own childhood fantasy of being a budding rockstar. And that was fine with Doug. He could put up with Wendy’s whining as long as her father would spend money on the young couple.

Wendy’s parents had a weekend cabin down at the lake. They would take Doug, and Wendy’s little brother Bart would bring a friend and the six of them would hang out, ride paddleboats, make a fire, cook hotdogs and s’mores. It was all a little too cute for Doug, too old-fashioned, too family-oriented, but he put up with it.

It was getting late in the year and Wendy started bugging him to go to the cabin with her parents that weekend.

“Doug, we’re going and that’s that. I’m trying to butter up the folks, I’m going to hit them up for a car at the end of the semester.”

If Wendy had a car, then he had a car. The way Hank slobbered over him Doug would probably get to pick the color.

The problem was that Bart, Wendy’s snotty little brother had a new friend… his name was Sam, but everybody called him Boo. At any rate, Boo had an older brother named Carter, and there was something wrong with him. Carter gave Doug the creeps and he was going to go along for the weekend.

Carter was blind and had terrible scars across his face. He wore dark glasses, a floppy hat, and a thick scarf. They put him in the very back of the station wagon, in that folding seat that faced backwards, all by himself. Everybody else piled in and off they went.

Doug leaned into Wendy, “I’ve had never heard Carter talk, can he?”

“Shh, not so loud,” Wendy said, “He can hear fine, he can talk fine. There’s nothing wrong with the inside of his noggin, really. Nobody knows why he don’t talk much. His parents can’t figure out what to do. He goes to a special school.”

“Well, what the hell happened to him?” Doug whispered.

“I don’t know for sure. I’ve heard Boo say that his mother pulled some grease off the stove and it fell on him when he was a baby. They don’t like to talk about it. I think his parents feel really guilty and try not to think about Carter much. He’s off at that school all the time anyway. He’s only home one weekend a month. And then they send him off with us.”

“Don’t worry,” said Wendy. “He just sits there. We won’t even know he’s around.”

At the cabin they put Carter in a rocking chair on the porch, in the sun and he sat there, moving his hands silently across a Braille book, while the others went for a hike.

After the sun set, Wendy’s parents built a fire in a stone structure that ran behind the cabin. They called all the kids over.

“Glad to see you brought your guitar,” Hank said, gesturing at Doug’s steel-stringed Yamaha as he strummed a little chord on his. Bart and Boo brought Carter over, steering him until he sat on a bit of stone wall off to the side. It was Hank and his wife, Doug and Wendy, and Bart and Boo, all crowded around the fire, with Carter silent, alone.

“Yeah, Yeah! Blowin’ in the wind, shouted Bart and Boo, punching each other and making blowing noises.”

Doug was suddenly embarrassed, unsure. “Uh, I know the song, but I don’t want to sing by myself.” He looked around, the younger pair was still horsing around; nobody else seemed too interested.

“Here, give me that guitar.” Everybody jumped. It was Carter – the first thing that Doug had ever heard him say. What especially shocked Doug was that Carter’s voice was… perfectly normal, almost matter-of-fact. Ordinarily, Doug didn’t let anyone touch his guitar, but he was taken so much by surprise, without thinking, he leaned over and pushed the Yamaha into Carter’s arms.

Carter cradled the guitar, strummed the strings, and, though Doug always kept it in tune, adjusted two of the pegs, strummed again, then tweaked one the tiniest bit. That seemed to satisfy him, and without pause, he launched into the Dylan classic.

Everyone around the fire was stunned. Carter had Bob Dylan’s technique down to a tee, his guitar playing and the gravelly voice was spot-on. Still, Carter was able to add something, to make the song his own. It was surreal. He finished and sat there, running his fingers up and down the strings. The others were gobsmacked. Doug had no idea what to say or do. Only Wendy’s mother was able to get out a sentence.

“Why Carter, that’s lovely. I didn’t know you could play and sing like that. Where did you learn that?”

“Oh, they teach me in school. I don’t have anything else so I can practice for hours every day. I do work very hard on it.”

“Please,” Wendy’s mother said, “Sing us something else.”

Without hesitation, Carter started strumming and singing. He belted out Gordon Lightfoot’s “Wreck of the Edmund Fitzgerald,” which was on the radio at the time. Doug, again, was stunned. That’s a tough song to sing, especially solo, especially for a kid. Somehow, Carter was able to strum out the rhythm, bounce the drum part with his fingers on the guitar, and pick the accompaniment simultaneously, making it sound like he had a backing band.

When he finished, Doug was able to muster up a question.

“Carter, you know, we have a talent show at the school, I think you should come down there and play.”

Without raising his head Carter pulled a derisive grunt from his throat. “Gah, you know, I work really hard on this. It’s very important to me. It’s all I’ve got. I don’t think I’m going to waste my work on a talent show at Estes Kefauver High School. Besides, I’m mostly a songwriter, not a performer. I don’t think anybody’s really going to want to look at me.”

Stunned, Doug asked, “Can you… can you play something you’ve wrote?”

“Well, I’m working on something. Instrumental. It’s for piano, not guitar, but I think I can…” He began picking out a melody, very softly at first, but growing in volume on the second round. He added chords and then began the drumlike thumping until he sounded like a small orchestra sitting there. He played through the melody again and again, starting with subtle variations then veering off in unexpected directions, changing keys and rhythm, until finally coming back to where he started.

Doug was amazed at the technical virtuosity needed to pull this off with a simple guitar sitting around a campfire. He forgot about Wendy about the others… even Bart and Boo sat silent and motionless. Doug could see in his mind’s eye the scarred blind kid sitting in an empty classroom hunched over a piano, practicing day after day, shunned and forgotten by everyone and everything except his music.

Doug and Wendy broke up a week later. From the stage at the talent show, he saw Wendy’s father Hank at the back of the auditorium. Doug’s band won, though Doug didn’t feel as excited as he thought he would.

And now decades later, he was Copernicus Mayhem, and his dreams had come true. He had strings of hit records, mansions, and supermodel girlfriends. His life was all money, excitement, and decadence. Sex, drugs, and rock-n-roll.

And now he was in a symphony hall, listening to music by the famous and secretive Tyrone Page, and he had heard that melody before. It started out soft, in the double reed woodwind section, which was an odd way to start, but it worked. The melody was picked up by the strings; then handed off as the entire orchestra joined in, each section taking turns with new variations and modifications.

Even though he had heard it only once fifteen years ago it had burned into his brain so deep he was able to pick out new ideas and novel variations that Tyrone/Carter had come up with over the years. It was innovative, it was exquisitely polished. It was a masterpiece.

And all of a sudden Copernicus was Doug again. And he knew that he could never, ever, do that. Still, he smiled, and raised the Maker’s Mark that he had smuggled in, and toasted the blind and scarred boy he once had heard around the campfire.