The workman turned to face him. Marcellus saw he had a patch on his vest that said, “Strongman.” The workman didn’t say anything. 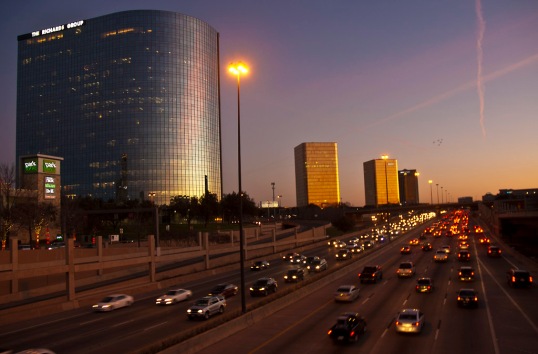 Marcellus Rodgers wondered what was up when he had to wait to get through the intersection at the end of his block. After a short delay, it was his turn and he had to hold onto the paper cup of coffee when he made his right turn, so he almost didn’t bother to glance over his left shoulder to see what was holding everyone up – but he did – and there was Margie lying lifeless and still on the asphalt in the middle of the intersection.

Margie was fourteen, which was old for a sheepdog. She had been stone deaf for five years. In the last few months her eyes had clouded and Marcellus was sure she had gone practically blind.

Until today, Margie was still able to get around. Marcellus figured it was on her sense of smell and fourteen years of pure dog memory. She slept almost all the time but somehow was able to shake herself awake and go exploring a little bit every day.

Marcellus and his family, when his wife and kids still lived with him, had never been able to keep Margie from escaping. No matter how carefully he had the workmen patch the fence, no matter how vigilant he was with the doors, somehow Margie would get out and go wandering around the neighborhood. Marcellus could not understand what the attraction was for Margie, especially now, blind and deaf, out slowly sniffing, stumbling after squirrels, barking at cats, angering the neighbors, digging in the trash… and now, wandering blind into the street to be hit by a car.

He pulled over and wedged the steaming coffee onto the dash. Holding his hand out to stop the oncoming rush of cars he walked out and poked at Margie with the toe of his tennis shoe. He bent over and gave a little tug on one fore paw. Marcellus realized that Margie was too big for him to lift right there in the middle of the intersection, especially with cars coming. Even if he could get Margie to the car, there was no place to put her in the little two seat sports car. Alive, she loved to sit up in the passenger bucket with her head out the window, hair and ears flopping in the breeze, but dead…. He would have to go home and get a box or something to slide her into – something he could drag the short distance to his porch. The sun was starting to rise over the neighborhood pines, but it was still cold enough that his breath was steaming. He turned from Margie, climbed into his car, and drove home.

He left his coffee sitting on the workbench in the garage and started digging around, looking for a big enough box. In the back corner he found the brand new silver-foil Christmas tree he had bought two years back, just before his family had moved out, and never opened. It was a huge tree, he had picked it out intending it for the high entryway, with the grand staircase spiraling around it, but once it was clear he’d be the only one in the house for Christmas, it didn’t seem worth unpacking and setting up. But, now, even folded up, it had a good-sized box. Marcellus tore one end off and slid the silvery tree sections out onto the oil-stained garage floor. He pulled the box apart along the sides until he had a nice long section of brown corrugated cardboard. He figured he could get Margie on this, then pull her home, sliding – like on a sled. He didn’t know what he’d do after that.

Marcellus walked out of the garage, dragging the cardboard behind him, and turned to walk the short half-block back to the intersection. Right away, he noticed the traffic jam caused by his dead dog, Margie, had grown and that there was an orange truck with a city logo stenciled on the side parked, still belching brown diesel smoke, at an angle in the middle of it all. The truck had a yellow flashing light and Marcellus could see a few neighbors out on their front porches standing with coffee and dishes of breakfast pastries watching the building drama. The sidewalk was too narrow so Marcellus trooped right down the middle of the road, dragging his hunk of cardboard, listening to the bits of gravel stuck underneath squealing against the asphalt. As he arrived he saw a city workman wearing blue coveralls and an orange traffic vest and yellow hard had standing next to Margie, tapping her with a worn leather workboot. The workman was holding what looked like an oversize snow shovel.

The workman turned to face him. Marcellus saw he had a patch on his vest that said, “Strongman.” The workman didn’t say anything.

“Strongman is the company that makes the vest,” the city worker said and Marcellus didn’t think he sounded like this was the first time someone had made that mistake. “I am an Officer from City Carcass Control and I have received a complaint call about a canine carcass impeding traffic at this location and I have responded to that call. City ordinance requires that I retrieve the carcass.”

“Sir, I am sure you realize there is a city ordinance that forbids interning a deceased animal on private property.” After a short pause, he said, “You can’t bury the dog in your yard.”

“Oh, I know that. My wife has some property in the country, outside of city limits, and we’d like to take her there.” This was, of course, a complete lie. Harriet and the kids were in California, on the other side of the continent, living in Sam’s condominium. There was plenty of landscaped room behind that place but Marcellus didn’t think the Country Club would be happy about someone digging a hole for a dead sheepdog in the fourteenth fairway. The kids had wanted to take Margie out to California when they had moved but Harriet said Sam’s condominium complex had a limit of fifty seven pounds on dogs.

For a second, Marcellus thought about letting the workman take the dog. Margie was gone, after all, and this was, as the workman said, a “Carcass” and nothing more. But he couldn’t do it. It felt like a place he needed to take a stand, and he was going to do it.

“No, no you’re not going to take my dog. Margie goes home with me. I don’t care what the ordinance says. And I’m telling you now, I’m going to dig a hole under the oak tree in back of that house, there. Come arrest me.”

“Sir, If necessary, I assure you I will call the police.”

“And by the time they get here, dammit, I’ll be in my house with my dog. Then they can go to the judge and get a search warrant for me and my dead dog.” Macellus shook his cardboard in what he hoped was a vaguely threatening manner. A couple of silver colored plastic fake foil pine needles floated out and blew away in the breeze. “And you know, Mr. Orange Traffic Vest, there’s not a damn thing you or your book of city ordinance can do about it.”

A horn blared from one of the cars at the front of the line and he suddenly realized that he was standing right up against the workman, and that he was starting to shake a little. The horn on another car, this one across the intersection, went off, impossibly loud, and the workman jumped.

“But Sir, the carcass seems to be gone.”

Marcellus looked down and, sure enough, Margie wasn’t there any more. He looked up and around and there was Margie, with a little limp and a good overall dog-shake, walking down the sidewalk, oblivious to everything, on her way home.

It had been a cold pre-dawn morning and Margie must have gone for a stroll around the neighborhood and decided to take a nap. The pavement was probably the warmest spot around and – blind, deaf, and oblivious – she had picked the middle of the intersection as the best place for a quick little rest.

Marcellus dropped his cardboard, thinking that at least the Carcass Control Officer could haul that back and walked behind Margie as she strolled home and scratched at the front door.

Marcellus let her in and led her to the kitchen. He thought about his coffee in the garage, but decided to brew his own fresh pot. Margie started nosing her dish and Marcellus went to fetch the special aged dog formula that Margie ate, but decided not to pour any out. Instead he fetched a dozen eggs from the refrigerator and broke four into a mixing bowl.

“You want to share an omelet with me, huh Margie?” She couldn’t hear him but he reached down and scratched her under the ear and Margie decided to take another quick little nap, right on the kitchen floor, waiting for their omelet to cook.