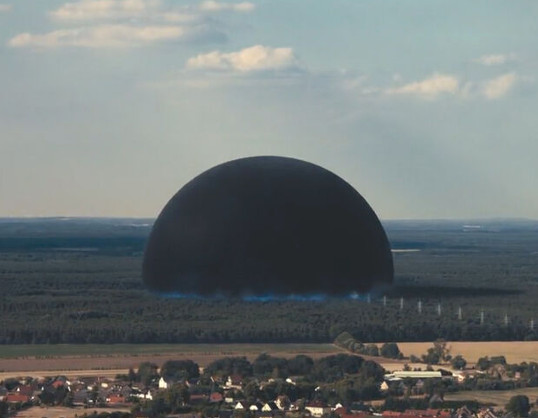 So, I wrote a blog entry the other day about my introduction to the Netflix series Dark. If you want to get a weird piece of television wedged in your noggin so deep it will never slip out – watch it while you are sick and right out of the hospital.

Last night I woke up at three in the morning – not sure why. But stretched out there in the Dark, I realized that it was early Saturday, June 27, 2020… the day the world ended. 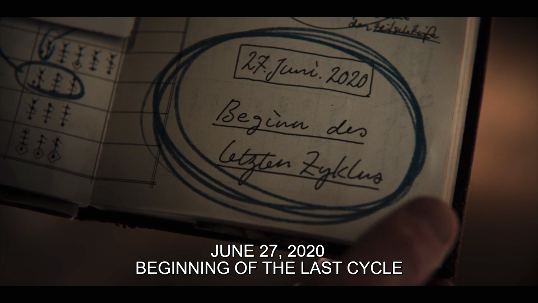 The Date of the Dark Apocalypse

A few days earlier I had wondered how Netflix dropped their series and had done a web search and discovered that they usually go live at midnight eastern… which was one AM here. That meant….

So I stumbled out into the living room and fired up the big TV and, sure enough, there it was… the whole eight episode third and final season. I dialed up episode one of the new shows.

There are folks sleeping at that hour, but luckily with Dark and its German dialog and English subtitles I didn’t have to turn the sound up very much. The on-screen descriptions of the soundtrack were handy, but distracting (“Ominous Music” “Two Metallic Clicks” “Heavy Breathing” “Slurred Female Voice) – have to see if I can turn those off.

No spoilers here… there is an alternate universe (you already know that) and more crazy time travel (and you already know that) – so more places, more times, and some new, mysterious characters – and that’s all I’ll say. There are plenty of recaps and reviews and speculation and such out there – that isn’t my thing (either to read or to write).

So, I’m not as big of a series addict… and don’t know what to do. What’s the best way to watch these things? I talked to some people and they are all about binging – watching the whole thing as quickly as possible. One big advantage of that with Dark is that it is so complex it would be good to minimize the time to forget between episodes.

But I also want to stretch it out some. I really enjoy this thing – I’d like to get at least a few days of mysterious glee out of it. I watched one episode, went back to bed, and have watched another today. That will probably be what I’ll do – one episode a day for eight days.

Is that cool? How do y’all watch these series? Binged or spread out?