“The distinction between past, present and future is only a stubbornly persistent illusion”
― Albert Einstein

It was almost a year ago when I became seriously ill during a writing event in New Orleans (this year’s event has been cancelled – not sure if I would have gone – will try to go next year). The blog entry is here: Back From the Shadows Again.

So I spent a couple days in intensive care and a few more in the Tulane Medical center. When I was released I was very weak and spent a week at my son’s apartment on Poydras until I felt strong enough to make it back to Dallas.

I spent most of my time there sleeping or struggling with reality. My son Lee has a studio apartment with a massive HD television that dominates the longest wall. While I was fading in and out of this world, he was binge watching some incredibly strange German-language television show. He apologized for ignoring me and watching for hours on end – but I needed to be left alone so I could rest and it was fine. I was not completely conscious and looking at the television from an angle – I was not sure exactly what I was seeing (and could not read the subtitles). What I thought I saw was extremely odd and sort of disturbing and haunted my illness-enhanced dreams.

The view from my son Lee’s apartment – New Orleans, Louisiana

“Lee, what the hell are you watching?” I asked.

When I made it back to Dallas I had to see what it was that Lee had binged and I had sort-of been subjected to.

Sure enough, it was Dark – the first Netflix original German Language series. There had been two seasons so far, with a third (and final) one scheduled for the future. Eventually, as my life returned to normal, I watched the thing – eagerly expecting something odd and original.

It certainly was that and more. True to its title, it is dark. It is a strange, incredibly complex tale of time travel and evil that makes Stranger Things (which it is sometimes mistakenly compared to) look like Fuller House. The fact that it is in German makes it even more exotic (dubbing is available but not recommended). I really enjoyed it – even though I had to take extensive notes and do online research after each episode to try and keep up with the convoluted and confusing tangle of characters (most appear at different times and different ages – everyone is related to everyone else in unexpected ways).

Certain scenes had been burned into my mind from that New Orleans sick bed – it was fun to see them reappear in context. The discovery of the “God Particle” in the future (and in the past) was one. 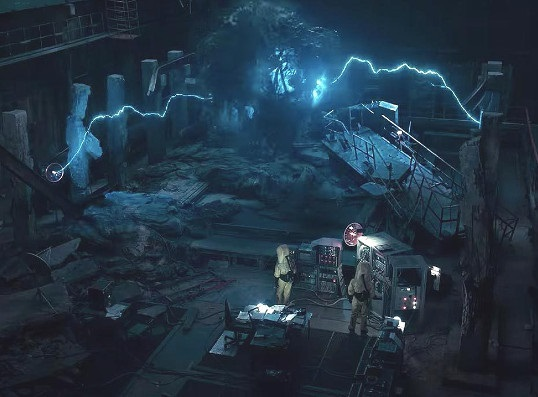 And now the third (and final) season is about to drop (June 27, 2020 – the day of the Dark apocalypse). So I’m re-binging the original (a couple episodes a day as I ride my spin bike) and refreshing my notes.

The Date of the Dark Apocalypse

You only have a few days left – be there or be square.

The question is not where – it is when.