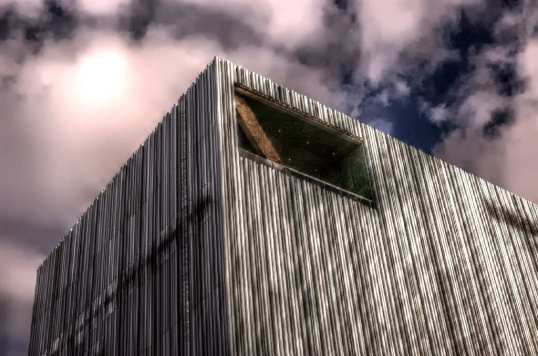 THE STORY: The world’s greatest detective has seemingly reached the end of his remarkable career when a case presents itself that is too tempting to ignore: The King of Bohemia is about to be blackmailed by a notorious photograph, and the woman at the heart of this crime is the famous opera singer, Irene Adler. With his trusted companion, Doctor Watson, at his side, Sherlock Holmes pursues first the case, and then the affections of Miss Adler—and in doing so, marches right into the lair of his longtime adversary, that malevolent genius of crime: Professor Moriarty. In this spirited, fast-moving and thoroughly theatrical adaptation, Steven Dietz presents Holmes at the height of his powers—surrounded by all the elements that fans of his exploits have come to expect: danger, intrigue, wit, humor and surprise. “The game is afoot, Watson—and it is a dangerous one!”

As I have said before, I remember watching the enormous Borg Cube of the Wyly Theater going up in the shiny new Dallas Arts District and thinking, “What a cool place! Such a shame I’ll never be able to afford to go to a play there.” 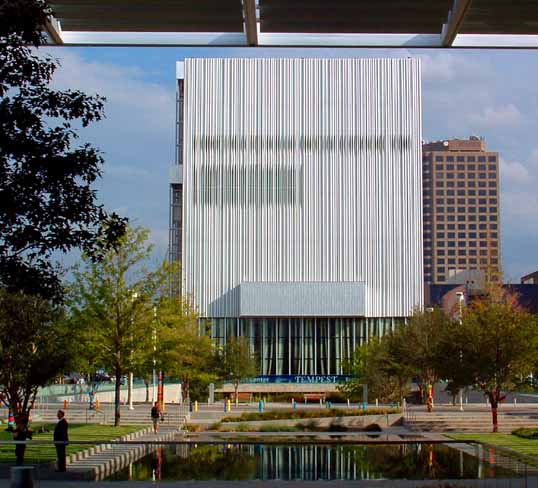 I was wrong. By judicious actions and careful attention to the Internet – I have been able to find a series of bargains and go to a play down at the Wyly on a fairly regular basis. My most reliable source for affordable seats is the Dallas Theater Center’s Pay What You Can performances. As each play opens, the first performance is open to anyone and the price is what you think you can afford. I guess one way to look at it is that it’s a bargain admission to what really is a final dress rehearsal – but I have really enjoyed all the performances I’ve seen.

This time around it was Sherlock Holmes: The Final Adventure. I logged in exactly at ten – when the tickets went on sale – and I’m glad I did. The show sold out in eight minutes. I managed to snag tickets for myself and a couple friends from my writing group.

The play was a lot of fun. It was nice to see a straight play – nothing special (although the moving sets were ingenious and effective) except a handful of actors standing out there delivering the classic Arthur Conan Doyle lines.

I won’t give away any secrets – although this isn’t so much a whodunit as much as it is a chess game between Holmes and his greatest enemy, Moriarty. The play is faithful, with a little bit of updating (a modern love story, a very strong female character, and an emphasis on Holmes’ drug use) to make it engaging to a 21st century audience, but it keeps the quaint style and innocent entertainment.

Opening night, there were a few hiccups. The opening was delayed by a few minutes with sound board problems, but the crowd entertained itself with the start of a wave. But all was forgiven and a lot of smiles came out at the end.

Now, the next play at the Wyly is Le Mis. I’ll have to have fast fingers, I’m sure it’ll sell out even faster.