“Louisiana in September was like an obscene phone call from nature. The air–moist, sultry, secretive, and far from fresh–felt as if it were being exhaled into one’s face. Sometimes it even sounded like heavy breathing. Honeysuckle, swamp flowers, magnolia, and the mystery smell of the river scented the atmosphere, amplifying the intrusion of organic sleaze. It was aphrodisiac and repressive, soft and violent at the same time. In New Orleans, in the French Quarter, miles from the barking lungs of alligators, the air maintained this quality of breath, although here it acquired a tinge of metallic halitosis, due to fumes expelled by tourist buses, trucks delivering Dixie beer, and, on Decatur Street, a mass-transit motor coach named Desire.” 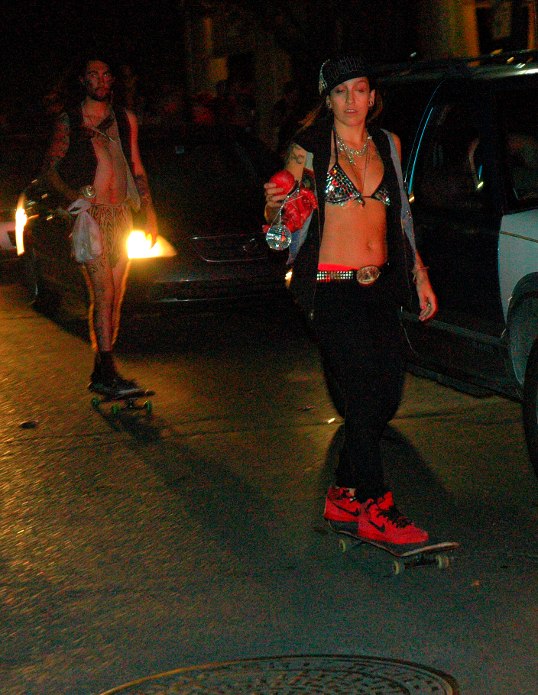 On the way home from the store with a bag of Miller High Life.

Even a tattooed hipster wearing crazy clothes on a skateboard in one of the coolest spots on earth can have bad taste in beer.