“Though I am not naturally honest, I am sometimes so by chance.”
― William Shakespeare, The Winter’s Tale 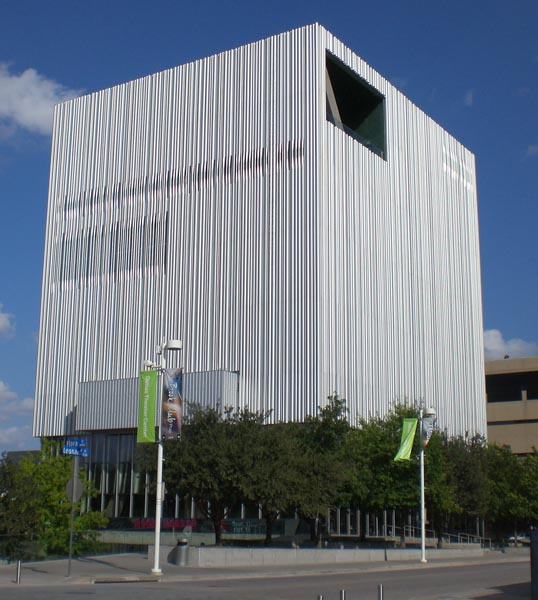 A couple weeks ago, I received an email notification of tickets being on sale for Shakespear’s The Winter’s Tale at the Wyly in the Dallas Arts District. I am always up for a play at the Wyly so I clicked in. They were almost all gone, but I found two seats together for a Sunday Matinee performance. When I checked out, I discovered that the play was free… better still.

When the Wyly was built I was amazed by the architecture and unique coolness of the venue, but I thought to myself, “Shame I’m poor – I’ll never be able to actually see anything there.”

I was wrong. Between the “pay what you can” dates (essentially being able to attend a final dress rehearsal) and other special performances I am able to go a few times a year without breaking the bank.

This free performance was put on by The Public Works and was a mix of professional and volunteer actors. I knew nothing about it and The Winter’s Tale was one of the few Shakespeare plays I’ve never seen. So I was excited. It turns out that my son would be up for the weekend, so we decided that he and I would take the DART train downtown, go to the play, and meet up with Candy afterward.

The play was fun. The trained actors were easy to spot – but they were good enough to carry the night (or afternoon). The play had music added – music of every imaginable genre and style – from hoe-down country, to a Mariachi Band, to a New Orleans Second Line, and more. The only performance that seemed a bit too out there was a number by the Dallas Maverick Dancers in their cheerleader outfits. That was a bit strange – but still entertaining.

I had never been to the Wyly for a matinee. At the end of a play, the outer curtains are raised, exposing the outer wall of the Borg-like metal cube. At night this is no big deal, but in the afternoon the sun streamed in, making the top of the building seem to float in the sky.

Nick and I walked outside and started to walk to Deep Ellum, where we would meet Candy. It was about a mile and a half – doable, but a long walk in the heat.

But, there on the corner, was two Lime rental electric scooters. After the lunacy of the invasion of the rental bikes, Dallas has now picked up on the dockless scooter craze – they are all over downtown and Deep Ellum – at certain times there are more people on scooters than in cars.

Nick and I grinned, loaded the apps on our phones and unlocked the scooters. Being a Millenial, he was quicker at this and shot off down Ross. When mine beeped and lit up I thought, “Better go into this parking lot here and practice for a minute.” To the best of my memory I have never been on a scooter in my life – let alone an electric one. But my son was already moving away and I decided, what the hell, and hopped on, kicked twice and pressed the GO button.

We sped down Ross (the scooters go… what? maybe 15 miles per hour, but it feels really fast) and the light was green with no traffic so we turned down Good Latimer towards Deep Ellum. It was a blast. At the end of the block was a big red light and beyond that were the busy lanes of the Highway 75 frontage and the DART train tracks.

And I realized I had no idea how to stop the scooter.

“How do I stop?!” I yelled, while I flailed around.

“On the left!” shouted Nick.

I remembered seeing scooters with brakes in the rear and fished around with my back foot – nothing. Meanwhile, I tried steering back and forth, then dragging a foot. I was slowing, but not fast enough. As I went by, Nick reached out and grabbed me, causing me to skid off the road into the grassy area bordering the train tracks. I stopped and didn’t fall, though it was plenty scary.

I looked at the scooter and, sure enough, there was a brake lever on the left handlebar. I had been so engrossed and then so panicked, I never saw it.

The rest of the ride was easy – a hand brake is a really good idea. We dropped our scooters in front of Braindead and before we were through the door someone else rented them and sped off. We ate at Monkey King and then stopped off at Armoury D.E. (one of my favorite spots – great craft cocktails) and The Anvil Pub. It was only a block or two of walking, but Nick kept renting scooters and going around the block. He thought it was great. They only cost a couple bucks for a short trip.

I never could figure out why I would ride a rental bike in Dallas – I have my own bikes (though I enjoyed riding one in New Orleans) but those scooters are another thing. They are actually a replacement for walking. If you have more than a couple blocks (but less than a couple miles) to cover, especially in the heat, they are a great option.

The next day, the news was covering the story that a young man had died on a scooter in East Dallas over the same weekend (though the story is a bit weird). With this many people riding these, there are sure to be more accidents.

If I was to ride one on a regular basis, say on a commute to work, I would definitely wear a helmet (when you rent one, you agree to wear a helmet, but I’ve never seen anyone actually with head protection).

This is a brave new world, that has such people in it.

“Exit, pursued by a bear.”
― William Shakespeare, The Winter’s Tale

Revealed: How Gaudi’s Barcelona cathedral will finally look on completion in 2026… 144 years after building started

This amazes me to no end. Seeing the Sagrada Familia is something I want to do before I die… now I want to live long enough to see it finished.

I had better start taking care of myself.

50 People On ‘The Most Intellectual Joke I Know’

It’s hard to pick a favorite one…. maybe:

Q: What does the “B” in Benoit B. Mandelbrot stand for?

A: Benoit B. Mandelbrot.

I’ve had a small fascination with the icons marked on shipping crates… especially ones with art in them. 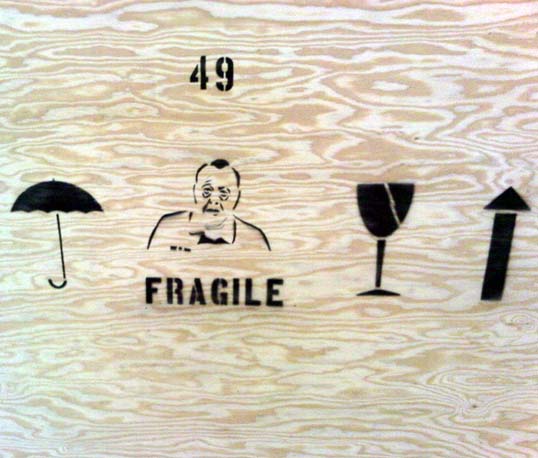 There are a lot of good things on this earth, but there are few things better than this:

Congratulations to Alice Munro. She was awarded the Nobel Prize in Literature this week.

I’ve always said she is the unquestioned master of the short story. Glad to see someone working exclusively in the underrated form and genre of the literatry short story (pretty much) get this recognition. The only problem with reading Munro, as a short story writer, is that when you finish one of hers you realize that you will never be that good – that she has done something you will never be able to pull off.

There’s a new Pynchon novel out, Bleeding Edge. I’m not as excited as I have been in the past… (I have a lot to read) but still… I have to go read it.

Malcolm Gladwell has a new book out: David and Goliath

INTERVIEW: WHY DO MOTORISTS GET SO ANGRY AT CYCLISTS?