“All afternoon in the deck chair, I try to describe to my notebook the colors of the water and sky. How to translate sunlight into words?”

― Frances Mayes, A Year in the World: Journeys of a Passionate Traveller

“Living with a whore–even the best whore in the world–isn’t a bed of roses.”
― Henry Miller 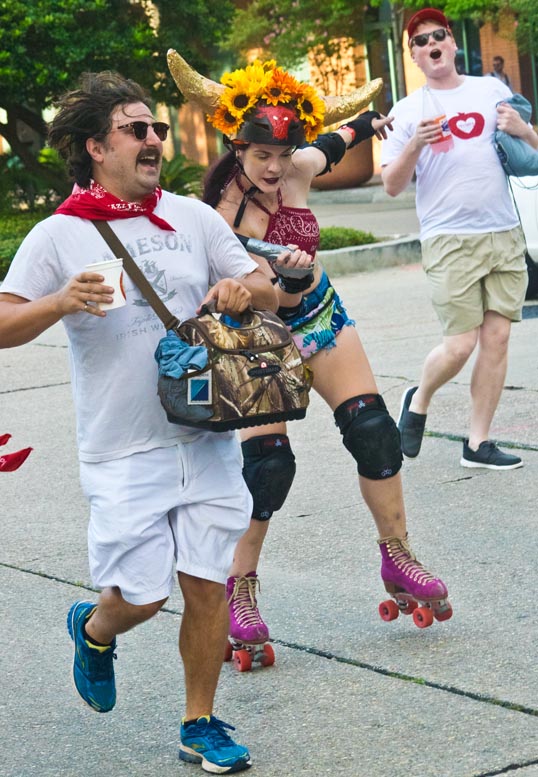 As I committed the other day, I am doing Nanowrimo – the National Novel Writing Month this November – writing a 50,000 word (small) novel in a month. Not necessary a good novel, or even a readable novel, but one of 50K words.

The second day of Nano, November 2, I was supposed to have a flex day off of work and I figured I’d get some serious writing done. But, as often happens, I had to go into work, teach a couple of classes, and get a reclaim shipment out – so I worked a little more than a full day – though I was able to slip out over lunch and hit the early voting.

I didn’t get my writing in until late in the day, but I did get it in. My inspiration for today was a bumper sticker I saw while I was stuck in traffic on my home from work a couple weeks ago. The sticker said, “I Love Crack Whores” – with a big red heart where the word “Love” is. It struck me as so strange that someone would put something like that on their truck, so I wrote it down in my little book of writing inspiration.

In keeping with the idea of Nanowrimo (putting words on the paper without worry – maybe trying some experimentation) I decided to make today’s work a long dialog between two characters, Odette and Bernard, stuck behind a truck like the one I saw. An extended riff in dialog form on the phrase, “I Love Crack Whores.” I was able to hit today’s word count without much trouble… it was sort of fun.

Here’s a snip of what I wrote.

“I knew a crack whore once. A very good friend of mine.”

“What? I didn’t know you lived in that sort of neighborhood. “

“I didn’t. Bad things happen everywhere. This was a long time ago.”

“A girl I knew since I was a little kid. She only lived a block away from me. But her family life was awful. Her dad was knifed in prison once. I never saw her mother sober and she had this creepy big brother that scared the shit out of everyone and his friends were worse. So she spent a lot of time at my house. To get away. “

“So how did she end up a crack whore?”

“Well, it was easier than you’d think. She wasn’t very good looking, this moon shaped face, and with eyes so far apart they almost looked like they were on stalks. Straight on, she looked like she didn’t have a nose but from the side it was like stair steps.”

“Yeah, she never thought any boys would like her. So when she was old enough – or almost old enough, she started sleeping around. In high school. She would go with anybody that showed any interest at all and would do anything they wanted. The stories were wild.”

“So she was loose, that doesn’t make her a whore.”

“Well, no. But what she told me was that one night, she was really broke, needed to buy some new shoes or something really bad, and asked some boy, some rich boy, for a loan. No big deal for the kid, ‘chump change’ she said he told her, he gave her the cash. She thought it was a good thing, it made her happy, she bought the shoes. But then the next one, some other boy, gave her money up front. It seems the rich kid let it slip he had given her money, and everyone thought that was the business.”

“Yeah, I guess she did. I told her to stop it and she said she needed the cash, the boys seemed to think it was cool, nobody cared about her anyway. “

“What about the crack?”

“Well, she had the cash, she didn’t give a shit about anything. It was a spiral. The usual. Weed, then hash, pills, speed, and finally hitting the crack pipe. “

“Christ that sucks. Do you know what happened to her? Is she dead?”

“Oh no. Not at all. She ran away from home and that helped. Must have been really fucked up over there when becoming a homeless crack whore was an improvement. But I guess she hit rock bottom and came back up. Turns out she was a lesbian. Never knew it. Went to Law School, passed the bar. Now she’s a hotshot in Kansas City real estate. We’re friends on Facebook. She’s really into fitness. Got married a year ago, now that she can. Still awful ugly though.”