“Don’t start an argument with somebody who has a microphone when you don’t. They’ll make you look like chopped liver.”
― Harlan Ellison 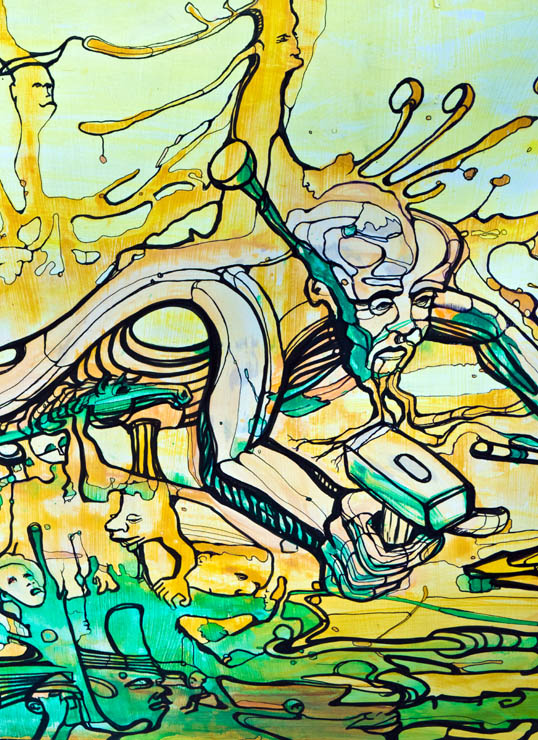 Taken on the Friends of the Santa Fe Trail Pub Ride.

Another Snippet: From a short story – Slow Advance by me

I finally kicked down the noisy neighbors’ door to find they had moved out. The place was empty. All that was left was their disembodied voices, still arguing. At an incredible volume.

I had to look around, but finally found the eight track player. My father showed me one of those once and explained the tape inside was a loop. It would never stop. I stood there, gobsmacked, and reacted too slow as a cat ran out of the hallway and dashed out the still-open door.

The sound system, such as it was, was sitting on the floor making a dent in the filthy shag carpet. There wasn’t anything else for me to do but to turn the volume knob down and hit the oversize bright blue led-lit power switch. The light turned to red. I spun around and headed home. I had splintered the jamb with my boot, so the door wouldn’t latch. In the hallway I paused, returned, and pulled the plastic box of the eight track from its hole and quickly strode home.

“So, that was quick,” Jane said as I walked back in, “what the hell is that in your hand.” I set the tape down on the coffee table and she handed me my beer. It was still cold, with an archipelago of condensed moisture droplets sparkling on the amber glass. Jane picked the eight track up and stared at it.

“No, that’s impossible. We’ve been listening to them both scream at each other all day.”

“It wasn’t them, It was that,” I gestured at the tape.