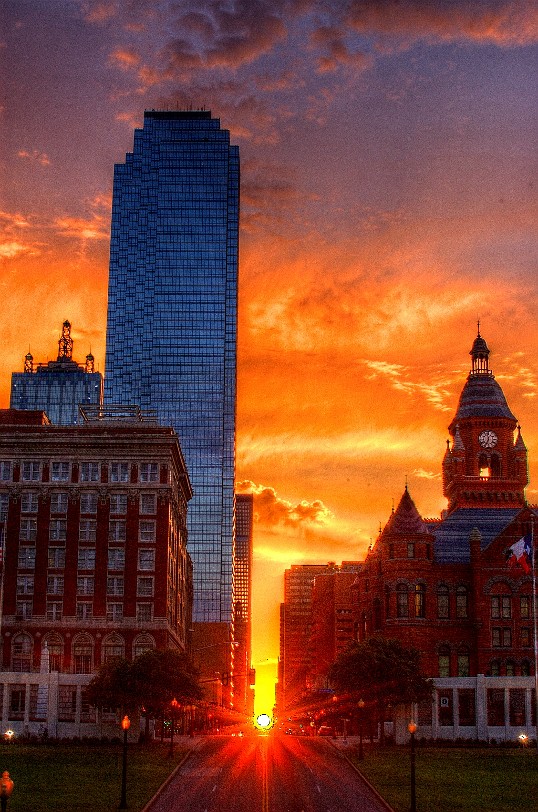 Dallashenge from the triple underpass in Dealey Plaza. This is an HDR image – three shots taken at different exposures and combined with software. 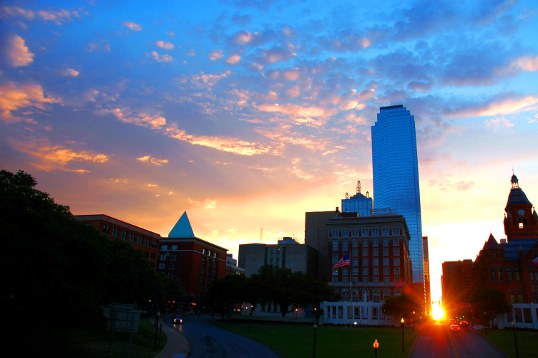 A wide angle view of Dealey Plaza at dawn on the morning henge day (or two days later). The brick building in shadow on the far left is the infamous Texas Schoolbook Depository. President Kennedy was shot on the curved road on the left, almost fifty years ago. 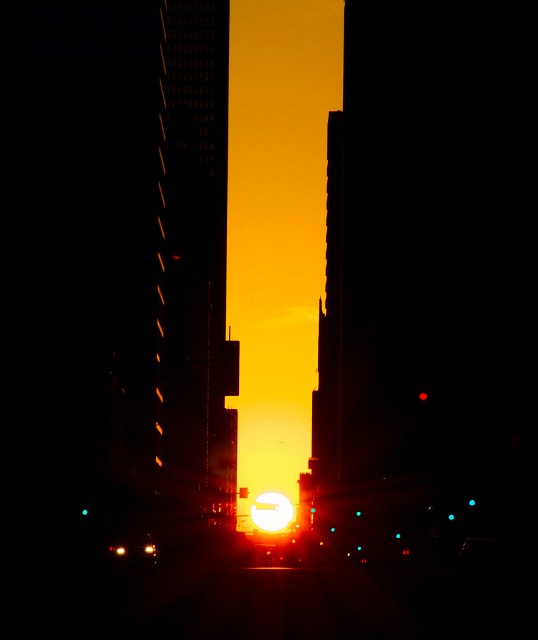 The sun rising in the canyons of Main Street, Dallas.

I took a lot of photographs in the short few seconds that the sun peeked up down Main Street. I’ll probably post some more as I post-process them.

So now I’ve done it, I don’t have to get up that early and go anymore. Well, maybe not. As I was walking back towards the train, I discovered another spot with a morning “henge” view directly down Elm street, right along the schoolbook depository. It wasn’t as scenic as main street, but had a more “canyon” appearance. Maybe next year I’ll go and shoot that one.