I strongly support Amir Omar for the upcoming Mayoral election in Richardson.

Here is a link to a debate between the two candidates.

The part that perked my ears up occurs at the 21:00 mark.

Amir Omar: “What I will tell you though, and a place where I think (…) we ought to, do things not only to differentiate our city and make it more marketable to others, but also in its own little way to send a message that there are multiple means of transportation and that is to absolutely find ways to make our city more walkable and, although we’ve made some strides on things like bike lanes there are opportunities sitting there, right now, that are incredibly low-cost opportunites, yet there are ways for us to increase the number of bike lanes we have around Richardson substantially. And so those are the kinds of things, the low hanging fruit if you were, that I think we could do that would be able to begin to be making an impact and at least send a message.

Moderator: Some people on the blog say that those bike lanes were put in on Canyon Creek so that people have a lower, slower traffic route through the neighborheed.

Amir Omar: It’s a dual purpose and probably the primary purpose was to slow traffic down, but the fact of the matter is…

Moderator (interrupting): Do people use those bike lanes?

Ami Omar: Absolutely. I hear from them all the time.

Moderator: Why have I never seen anybody, not one, never, in a bike lane?

Amir Omar: (after rebutting the statement by the moderator and talking about his Fitness Challenge) …and would come to me and say, “Thank Goodness for the bike lanes you are putting in.” So I know that, (…) whatever you may say when you have a whole lot of cycling lanes, you will see is a lot more people cycling because the infrastructure has to be there.

The part that raises my hackles is the moderator and his, “I never see anyone in the bikes lanes,” rant. First, he mentions Canyon Creek, which is the nice, old money part of Richardson, where everybody drives big, expensive SUVs (and the center of Laura Mackza’s support). Maybe nobody rides bicycles there, but in my neighborhood, the bike lanes get used. A lot. And not only by me.

And I even cross over and ride the bike lanes in Canyon Creek every now and then.

This week is the Deep Ellum Arts Festival. It’s my favorite one – it has become very popular but still maintains a bit of an edge to it.

I can’t really afford it, but I’m going to pick out one of David Pound’s little monster-head-in-a-box sculptures. I bought one last year and the year before.

Go down there and check him out. 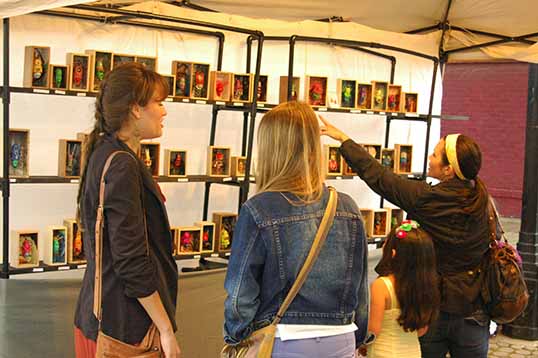 Too much going on this weekend – I’m spending too much money. Deep Ellum Arts Festival (see above) and The Big Texas Beerfest in Fair Park.

The Wheelmate Laptop Steering Wheel Desk
I actually could use this – but the reason I linked to it is the comments and product reviews…. Pretty funny.

Anatomy of the Perfect Dunker 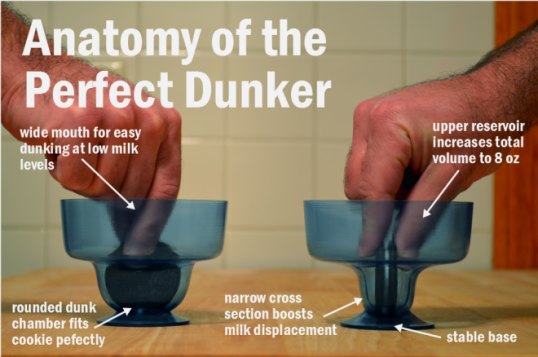 Soak in the sun at the 10 best patios in Dallas

I hope this interweb thing catches on. There is a lot of information.

You can’t take a photograph of a city at night. The eyes see things the lens never dreams about.

“I love the silent hour of night, for blissful dreams may then arise, revealing to my charmed sight what may not bless my waking eyes.”
― Anne Brontë, Best Poems of the Brontë Sisters