The other day I drove down after work to the Forest Lane DART station, parked my car, and went for a bike ride on the White Rock Creek trail. I didn’t feel very good and wondered why – later I found out the temperature was 108 F (42 C). That was the problem – even though I had plenty of cold water – that sort of heat will suck the energy out of me.
As the sun set I stopped to catch my breath near where my car was. I watched the DART trains cross the old railroad bridge near the Urban Reserve development. Some of the cool people that live there were out walking their dogs and we chatted while I snapped some shots of the bridge and the sun. I thought of the hundreds of times I’ve ridden that train and looked out the window over the trail. 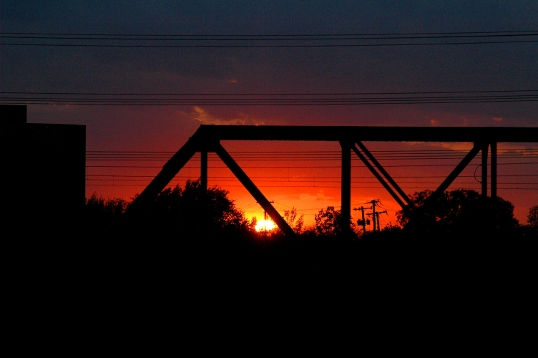 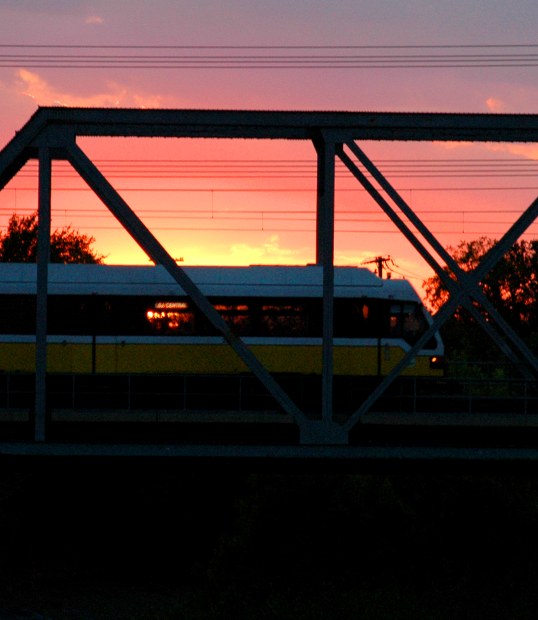 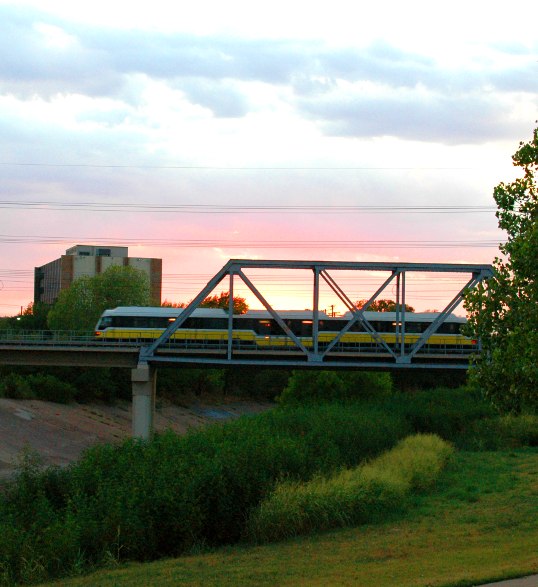