And there is the headlight, shining far down the track, glinting off the steel rails that, like all parallel lines, will meet in infinity, which is after all where this train is going.
—-Bruce Catton

I like to take pictures of the DART trains. While I was exploring the Cottonwood Trail I snapped this one of the intersection of the Cottonwood and While Rock Creek Trails. 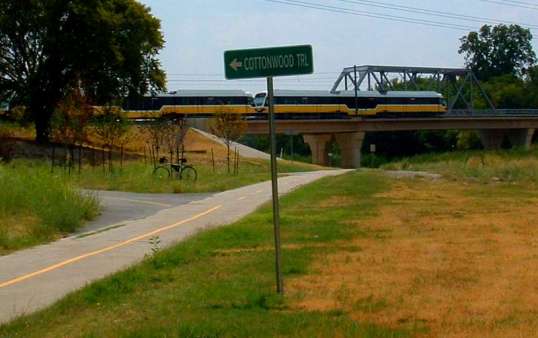 Have you ever had one of those moments when you look up and realize that you’re one of those people you see on the train talking to themselves?
—-Marc Maron

And here’s a picture of the trail from the train, showing the spot I took the picture. 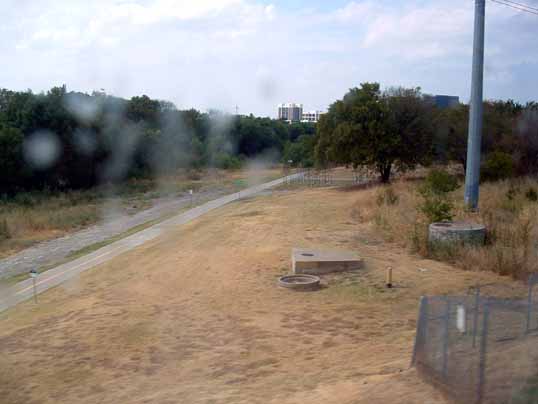 The White Rock Creek Trail from the DART train. I don't know what the crap on the window was. I probably don't want to know. It was on the outside, at least. 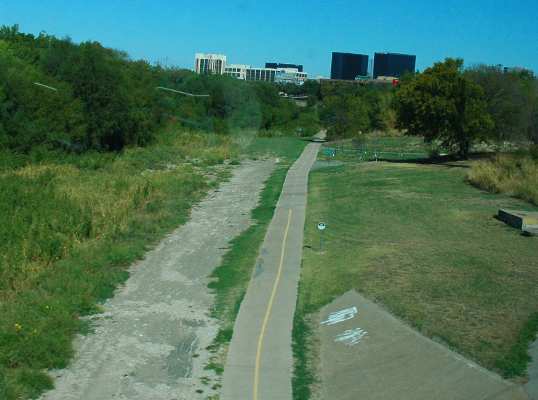 Here is what it looked like this Saturday. I took this picture from the train with a better camera (my Nikon is back from repairs). Look how much greener everything looks after only a rain or two over the last weeks. 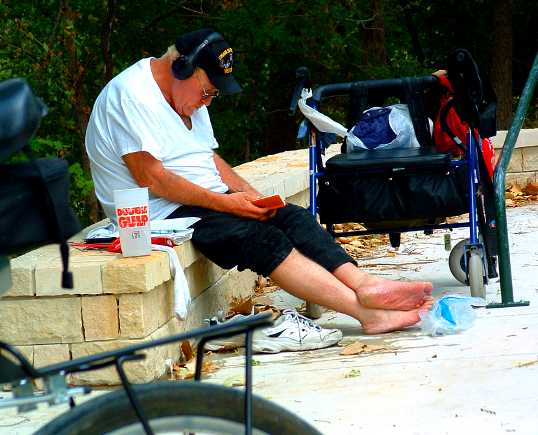 The trail runs through some thick woods between the train line and the creek south of Forest Lane. There is a nice rest area built there. This homeless guy was sitting in the rest area, reading and writing in his notebook. We talked about the weather and I helped him find a lost sock.

I took this picture of a homeless guy at a nice wooded rest area along the Cottonwood Trail. 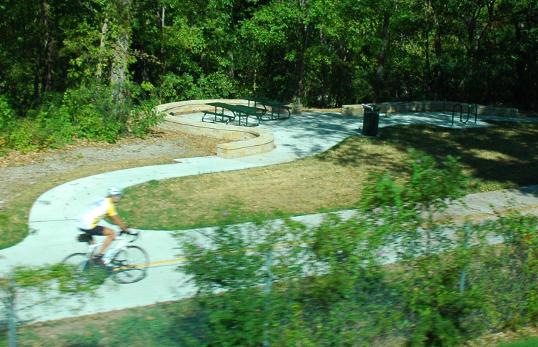 Here is the same spot along the trail taken from the passing train. There is usually a homeless person (different ones each time) camped out here, but today it was deserted.

One response to “Then and now, DART train and the White Rock Creek Trail”