Oh, and it was food truck heaven in the Dallas Arts District! I was hungry and the trucks were arranged all up and down Flora Street. So much food and so little time.

The Nammi Food Truck down in the Dallas Arts District

A BBQ pork sandwich and a drink was the ticket. 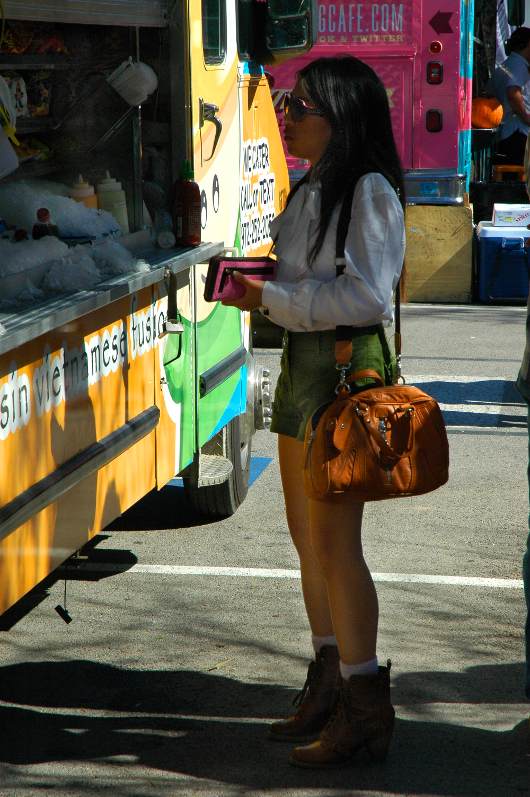 Waiting for her order.

There were plenty of customers hanging around, but the food came quick.

They had some sauces in squeeze bottles down in the ice in the front compartment – spicy mayo, cucumber (I think), and Sriracha. I filled ramekins with cucumber and rooster sauce.

Banh Mi from the Nammi Food Truck. Giant sandwich with rooster sauce and ... some other sauce.

The sandwich was huge and stuffed with stuff. One woman at another table was gesturing at her sandwich and yelling, “It’s bigger than my arm!” My only complaint was that I didn’t open the paper carefully enough and too much stuff fell out. It was really good. I want to go get another. 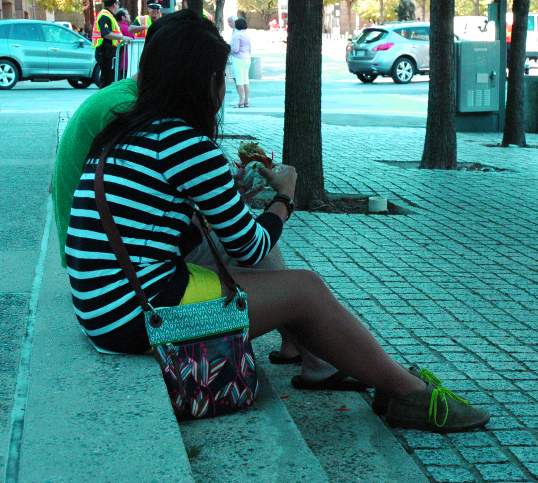 A couple sat next to me eating their Banh Mi. The sandwiches are on the messy side. Some of the good stuff spills out and falls on the ground.

Luckily the cleaning crew is right there to hop on things right away and fly away with the leftovers.