At the Central Expressway portion of the McKinney Avenue Transit Authority trolley line there always has been a dead end of the trolley tracks at the spot where the giant escalators plunge down into the earth for the CityPlace DART station, deep under the ground. That worked fine – the four trolley cars, Petunia, Rosie, Matilda, and The Green Dragon, all were double ended. They have dual driver’s stations, one on each end, and can run in either direction equally well.

The problem was, not all trolley cars are like that. The MATA began accumulating several cars that would only run one way. With the drastic expansion of the Dallas Streetcar System (into the new park being built over the Woodall Rogers Freeway, down into the West End, and across the Trinity River into Oak Cliff) they would need to restore and utilize these cars.

New tracks could be added into the downtown grid to allow trains to make a round trip, but at the CityPlace station there was no way to build in a loop. That station is the best connector between MATA and the DART trains, so it was impossible to abandon.

The decision was made to build a turntable, and money was found to put it in. That would allow the use of single-direction cars and would be a nice tourist attraction in and of itself. I’ve been following the progress of the construction and it was finished around the start of the year.

It looks really cool. It was designed to look good and is lit up at night with multicolored spotlights. There are some nice artworks near the turntable and places to sit and wait for the cars.

I rode the streetcar to the turntable, hoping it would go ’round, but all they did was drive onto the turntable and then go back the same way. Even with the turntable, they can’t use the single end cars until the tracks are extended on the other end. So I guess they don’t want to wear out the turntable until it is needed.

Still, it’s a nice, unique thing to take a look at. I’m looking forward to the expansion of the system, the new cars, and riding one around on the turntable. The wheels of development move slowly. Extreme patience is needed. I hope I live long enough. 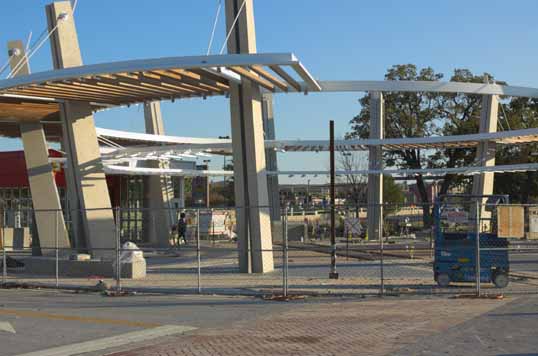 The turntable under construction 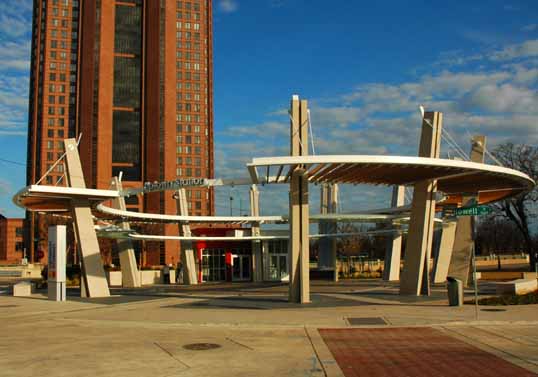 The trolley turntable at the CityPlace Station. 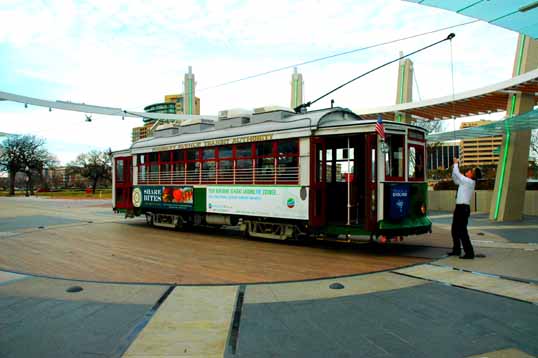 The Green Dragon trolley car on the turntable.

Video of the turntable in action