“I believe when life gives you lemons, you should make lemonade…and try to find someone whose life has given them vodka, and have a party.”

Next to the smelly dumpster behind the coffee shop in the apartment complex I saw a sad bunch of colorful Mylar balloons left over from a birthday party. I had ridden my bicycle down for a cold brew and a place to hang out and write.

The balloons bothered me. So vivid and kaleidoscopic – and yet starting to droop and lose their helium. They are a symbol of good times, happy times, friends gathered together. But the party is over, and all that is left is a sad fading echo out by the disgusting rotting trash, its noble gas leaking away, its lift failing – starting to settle down towards the ground. The people from the party never appreciated how good is was while it lasted and now its gone.

Today’s story, for day 12 – The Balloon, by Donald Barthelme

Read it online here:
The Balloon, by Donald Barthelme

Another man, on the other hand, might view the balloon as if it were part of a system of unanticipated rewards, as when one’s employer walks in and says, “Here, Henry, take this package of money I have wrapped for you, because we have been doing so well in the business here, and I admire the way you bruise the tulips, without which bruising your department would not be a success, or at least not the success that it is.” For this man the balloon might be a brilliantly heroic “muscle and pluck” experience, even if an experience poorly understood.

When reading The Balloon I first thought of the artist Christo – though I have never seen one of their works, I did watch a fascinating and provocative documentary of their environmental installation in Central Park, The Gates. It made me wish I had been able to visit while the gates were up.

The Gates and The Balloon share the location of New York City and they share the confusion, adulation, and consternation of the crowds that interact with them.

The genius of Barthelme is that even in the brief work linked to here, he gives us an explanation in the end. The Balloon has a purpose, a very concrete one, even if it is only understood by two people. And it’s in a warehouse, waiting to be used again.

Art is not difficult because it wishes to be difficult, but because it wishes to be art. However much the writer might long to be, in his work, simple, honest, and straightforward, these virtues are no longer available to him. He discovers that in being simple, honest, and straightforward, nothing much happens: he speaks the speakable, whereas what we are looking for is the as-yet unspeakable, the as-yet unspoken.
from Not-Knowing: The Essays and Interviews of Donald Barthelme 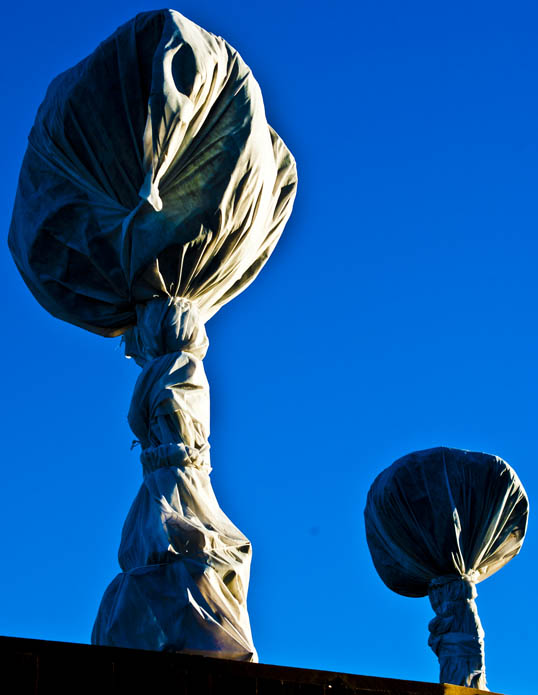