“No one gossips about other people’s secret virtues.”
― Bertrand Russell, On Education 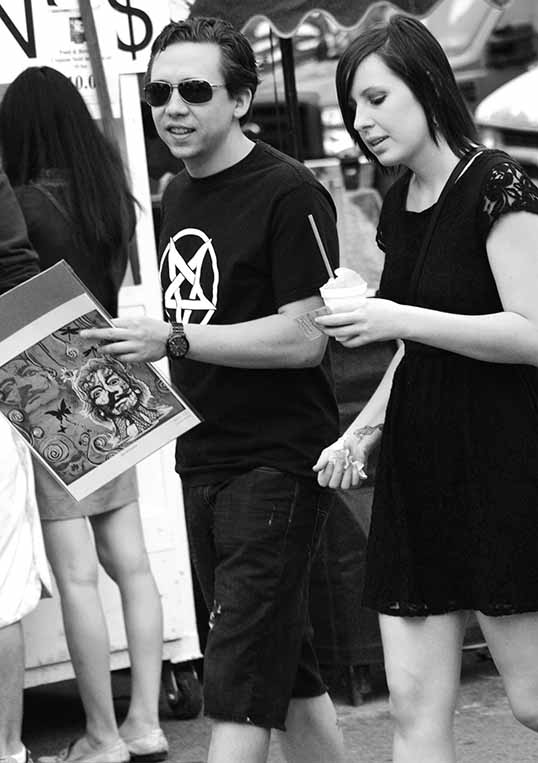 Here’s another one for today (#70) More than two thirds there! What do you think? Any comments, criticism, insults, ideas, prompts, abuse … anything is welcome. Feel free to comment or contact me.

The trip had turned out badly and Willard was exhausted. The airport was crowded and the people were cramming in on him. Fighting back the bitter enervated feeling of bone-weariness he was relieved to spot a bench in an alcove where he could plop down and try to collect himself.

But he didn’t stay alone very long. Two older women shambled up and he skootched down to one end so they could sit down. They immediately began chatting in loud voices – with one mostly talking, the other listening and nodding her head. She was talking gossip about people they both knew. Willard could not help but listen.

“Chad lied to Abigail about why Jake thinks there’s something going on between him and Gwen. Jake saw Gwen kissing him. Chad thought it was the only way to get rid of her. Gwen really did get a raw deal, walking in on Gabi and Jake in bed together.”

“Of course, Chad is mad at Jake for blabbing about him and Gwen. He is always a fighter and told his brother not to push him. Chad told him to look for a new place to live.”

“It turns out; Gwen gave Abigail drugs to make her hallucinate. Gwen was trying to make Jake jealous. And that didn’t work out very well.”

“You’d never believe it – Xander was making out with Sarah by the nurses’ station. Xander was bitching about being co-CEO with Philip. At least Brady was somewhat competent. He did not think Philip is his equal. Xander thought about quitting but Sarah talked him out of it.”

“Holy Shit!” Willard thought. What is wrong with these people? Drugs, sex, making out in a hospital? He couldn’t imagine any family being as fucked up as these people were. But the women kept up the gossip. He had no choice but to keep on listening.

” Vincent’s car blew up. Everyone heard Ben scream out Ciara’s name. Ben tried to rush the car but when he hit the smoke, he fell unconscious. The firefighters came to contain the fire.”

“Sharon showed up at Adam’s motel room. She told him her cancer has spread – she is scared and tired and feels her life is out of control. Later, Sharon fell asleep, and Adam wrote a note saying that he is gone for food, and then he left here there. But never came back.”

“While all this was going on – at the ranch, Victor told Nikki that Alyssa’s back from Kansas and wants to punish Adam for killing her father. He threatened her and realized he made a dreadful mistake telling Adam the truth.”

Willard thought that this was getting ridiculous. How could anyone take this much insane drama? Cancer, murder, cars exploding – and the woman was talking about it all in such a matter-of-fact way. It was like this sort of thing happened every day.

Suddenly, Willard’s eyes opened wide. He had figured it out.

“Soap operas!” he said to the women. They turned to him, surprised.

“What?” they both said, in unison.

“Soap operas. You are telling the plots of soap operas.”

“Of course,” said the woman that had been talking. “Mabel just flew back from two weeks in Cancun and I’m helping her catch up with what she missed.”

“Sorry to startle you,” Willard said, “Well, I have a plane to catch. Hope everybody ends up good in the end.”

The two women watched him walk off before resuming their tale. Willard, for the first time in a week, had a smile on his face.

This little story actually happened to me when I was a kid. I was flying back from Nicaragua to Kansas, a refugee after the earthquake, actually… and was very tired. I was resting on a bench in an airport (probably Tampa) and listened to a couple old women trading soap opera stories. It took me a while before I realized that they weren’t talking about real people. I was quite relieved.

The fun part of writing this is, of course, coming up with the gossip. I’ll admit, I cheated, and looked up some soap opera digest articles to get a feel for the action. I stole the names… they were the craziest part – Chad, Gabi, Jake, Xander – those are such soap opera names.