I knew I couldn’t keep it a secret forever. But that was part of the pleasure, I suppose: the perversity of the event was what made it almost delectable. To be forbidden is to be desired.

“We die a little every day and by degrees we’re reborn into different men, older men in the same clothes, with the same scars.”
― Mark Lawrence, King of Thorns 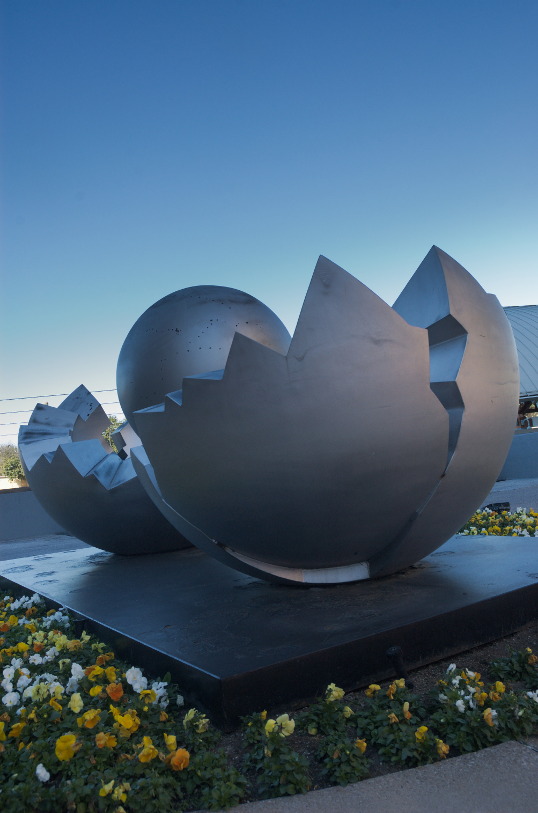 I found the sculpture referenced in a book I have on Texas sculpture and discovered it was called Birth II and was by a man named Arthur Williams.

The area is being extensively redone, and the sculpture disappeared – I wrote about that too Earthly and Mechanical Paraphernalia

I figured that was it – all she wrote.

But in the last few days I have been getting comments on my Birth II blog post. The sculptor’s son messaged me to say his father was retired from sculpting and teaching after losing his studio and work in hurricane Katrina, but was still alive and doing well. That was cool

And then I received a message from a representative from the University Crossing Public Improvement District. The sculpture had been donated to the district, and is being restored. “It’s planned to be placed behind The Highland Hotel at the base of the Mockingbird bridge here in Dallas.”

There is a little piece of green space along the bike trail – I hope that is where it is placed.

That is so cool. I hope to be able to go down the the ribbon cutting.