“The marriage of reason and nightmare that dominated the 20th century has given birth to an ever more ambiguous world. Across the communications landscape move the spectres of sinister technologies and the dreams that money can buy. Thermo-nuclear weapons systems and soft-drink commercials coexist in an overlit realm ruled by advertising and pseudo-events, science and pornography. Over our lives preside the great twin leitmotifs of the 20th century – sex and paranoia…In a sense, pornography is the most political form of fiction, dealing with how we use and exploit each other, in the most urgent and ruthless way.”
― J.G. Ballard 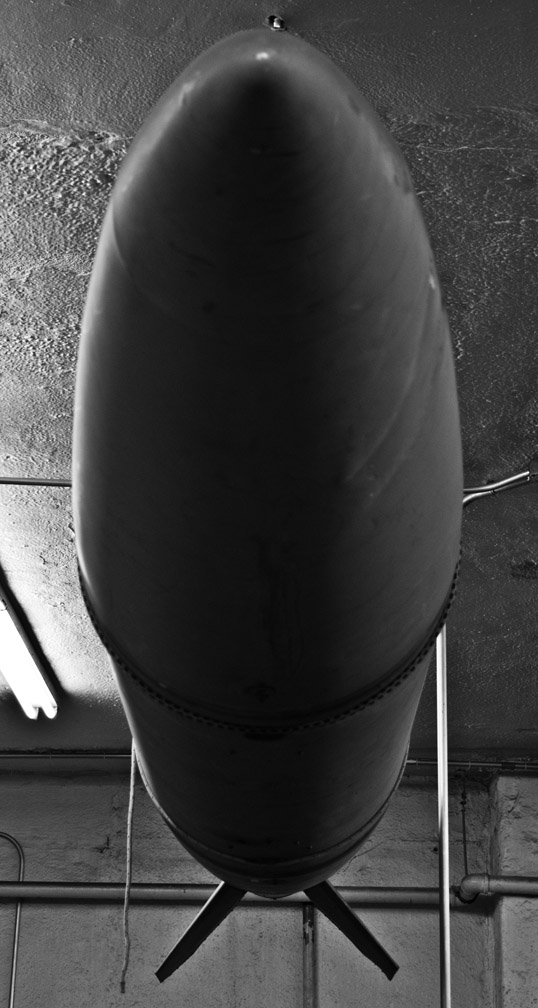 Is it a bomb?
Or simply a disposable fuel tank.

Does it matter? Now, anyway, it’s just a sculptural form.
A piece of shaped steel, sexy somehow. It pulls the eye to it.
You wonder about its story. Where did it come from?
Why is it hanging there?