Don’t let the spandex-clad iron men scare you off! Here are seven reasons why all types of people are biking to work—and why cities are encouraging them. 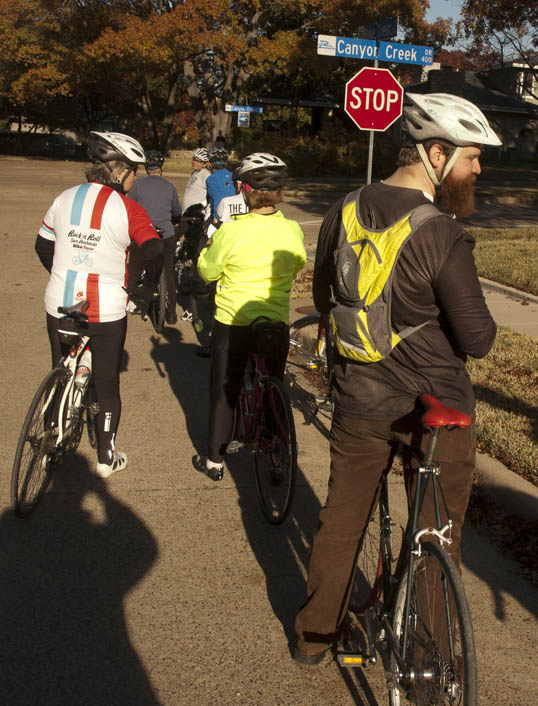 Waiting for a flat to get fixed.

Dallas’ downtown has improved so much over the last few years – it’s become a cool place. It still has a long way to go, and it still has a bad reputation as a giant desert of concrete, steel, and glass. However, the “best” downtown isn’t very far away.

America’s 10 Best Downtowns for 2014, According to Livability

On the other hand….

Paradise lost: The most exciting house in Dallas is gone. A preservationist and a photographer have questions.

I have written before about how beautiful old homes get torn down for awful modern mansions. 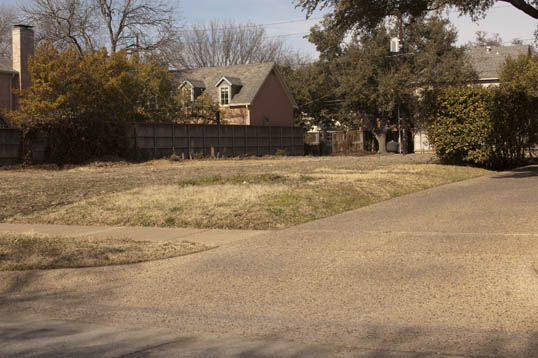 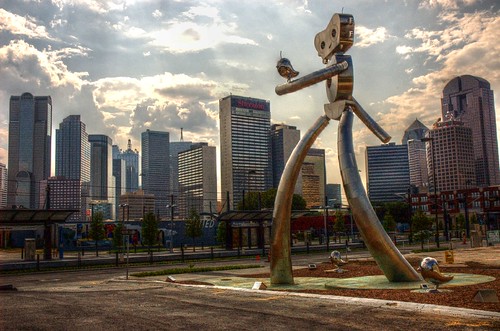 A familiar buddy from Deep Ellum made the list of weird and interesting public art. Cool. 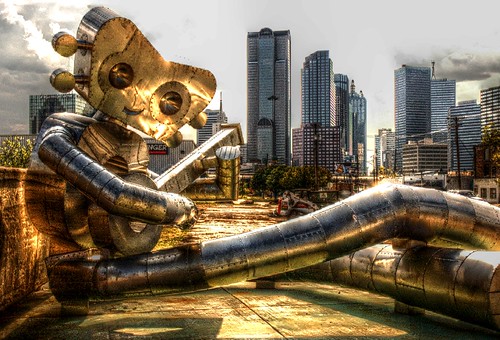 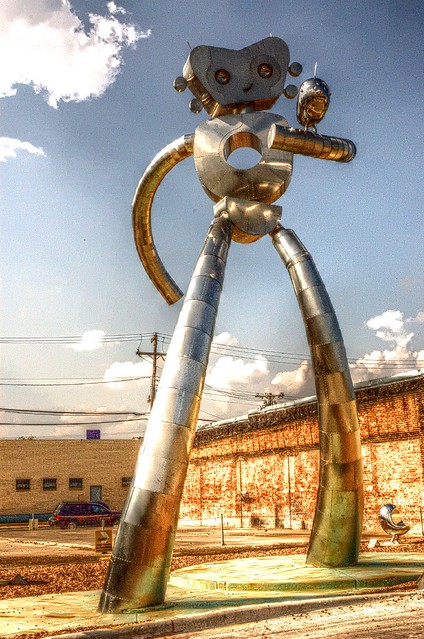 Here are the opening credits to the movie Forrest Gump if Wes Anderson had directed it. 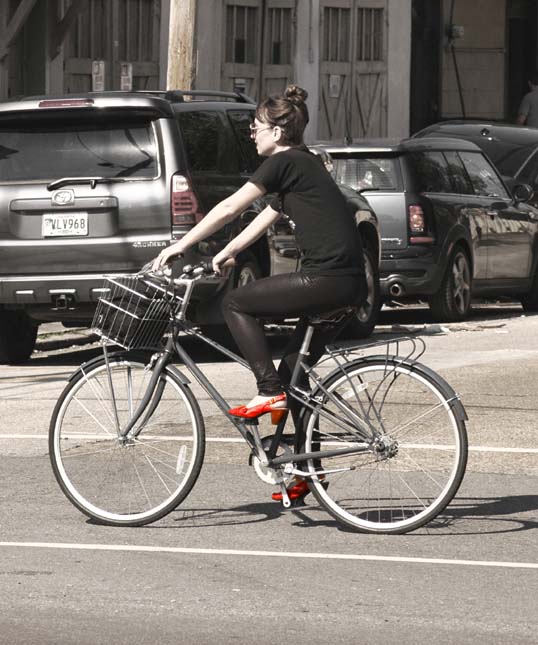 Why It Makes Sense To Bike Without a Helmet

A very interesting article, although I disagree with his conclusion. I am opposed to mandatory helmet laws but I personally (almost) always wear a helmet.

His argument that ten times more head injuries occur in cars is not a valid one – because there are probably a thousand times more miles driven in cars than on bikes. Also, the argument that helmets reduce the cycling rate is valid from a public policy perspective, but not a personal one. Once you are used to wearing one, it is not a detriment. The argument that a helmet increases risky riding – I think it’s the other way around. Cyclists that engage in risky riding (fast, extreme off-road, heavy traffic) tend to wear helmets, not the other way around.

Now, the idea that cars will come closer to a cyclist with a helmet is interesting – but not strong enough for me to offset the 85% reduction in head injuries. Personally, I made the decision to always wear a helmet thirty years ago. At that time, I had a cyclometer on my bike and I was going down a long, steep hill on a light narrow-tired road bike and the reading hit forty-five miles per hour. I realized that a pebble in the road would be a fatal accident. Now that I think about it, I wear a helmet not so much as protection from cars (those will be bad no matter what) but as a protection from simply falling and hitting my head on a curb or something.

Now, the idea of wearing a helmet while driving or riding in a car is an interesting one. That’s something I could support. 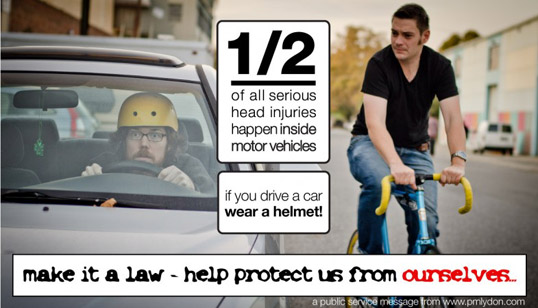