“The reason why I know the Blue Dog is important today, really, is because it relates to so many kids. If you relate something to the children, then you know you’re on something that’s sincere, that’s truth, that’s truth that’ll never die.”
—- George Rodrigue 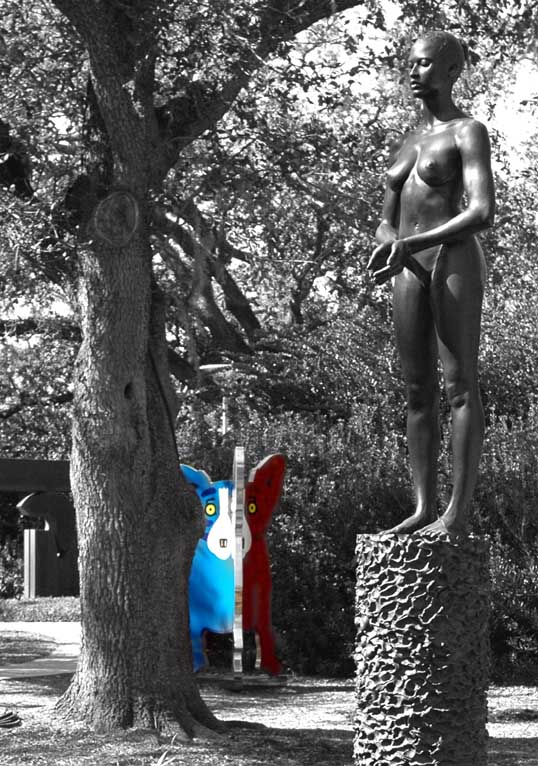 Source Figure, by Robert Graham, and We Stand Together, by George Rodrigue

– in front of We Stand Together… one of George Rodrigue’s  Blue Dogs.