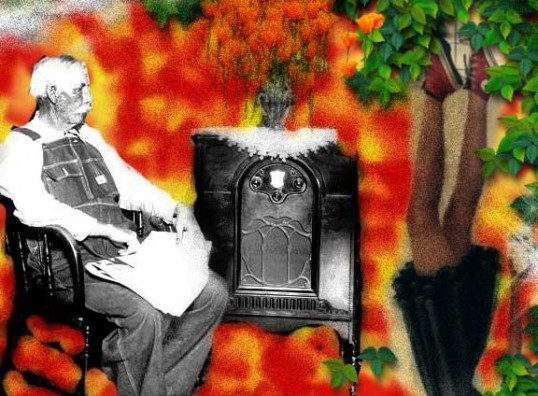 Internet radio is a gift from the gods. I mean it, isn’t it amazing that this music can come out of the ether? And it follows  you around, were ever you go.

I have tried out a thousand Internet radio stations but I keep coming back to one, Radio Paradise. Right now, I’m at the library after work, listening to it on my laptop (yes, very good sound-isolating headphones, of course) trying to get some pages hammered off in one window, radio paradise in another, and this procrastinating tripe in a third.

Day after day, I’ve fallen into the bad habit of coming home from work and collapsing. To try and put that vice to rest, I’m going to stop off at the library on the way home. I guess I can fall asleep at this little cubicle, but at least it will be uncomfortable and I’ll drool and such – can’t snooze too long.

Back to Radio Paradise… over the last few years I have found so much great new music from their programming. It’s a great mix of old and new, popular and obscure (leaning toward the new and obscure) – mostly not too upbeat, but not too downcast either.

I love it when I can play it while I sleep and wake up to some mysterious music pouring and bouncing through the dark room.

At home, I’ve been playing around with the Roku Box and found something really cool. Radio Paradise has a channel on the box and while it plays the music it displays a series of HD still images. You can watch it here on your computer screen – but it is really something nice on a big screen HD television and sound system.

This truly is the best of all possible worlds.