“I find television very educating. Every time somebody turns on the set, I go into the other room and read a book.”
― Groucho Marx 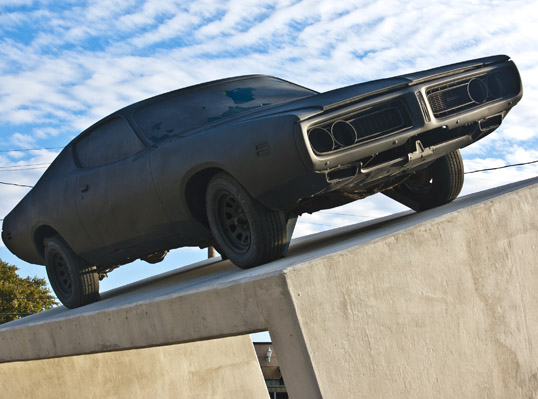 Here’s another one for today (#80) Getting closer! What do you think? Any comments, criticism, insults, ideas, prompts, abuse … anything is welcome. Feel free to comment or contact me.

Albert had a critical – the monthly operations schedule planning – meeting coming up. He checked his clock and realized there wasn’t enough time to start on any new task. There was enough time to walk down to the break room for a little bag of Cool Ranch Doritos corn chips to put in a desk drawer and enjoy after the meeting. He was sure he would need them.

Down at the break room there was a big clot of folks gathered around the television mounted high on the wall. Albert couldn’t help his curiosity and joined the group. The TV was on a local news channel and everyone was watching a high-speed police chase. The view was from an overhead news chopper and was amazingly clear. The cops were trying to run down a blue compact car, which was speeding through the city.

“What’s up?” he asked Jerry from accounting.

“Bank robbers,” he said. “It’s been going on for a while. They started out on the Interstate and now they’re in the neighborhoods, Springvale, I think.”

Albert lived in Springvale. He pushed his way closer and stared at the screen, trying to recognize the location. It was so hard – everything went by so fast and it was tough to figure out from the unusual viewpoint of an overhead helicopter.

Suddenly a huge, garish, orange and yellow sign went by. Albert realized that was outside of Juanita’s Tacos y Mas – a Mexican restaurant he and his family ate at all the time. You could not miss that gaudy logo.

“That’s only a couple blocks from my house,” said Albert. Nobody responded.

The car roared into a busy intersection and was T-boned by a pickup coming from the side. Everyone around the TV let out a gasp. The car spun and then, to everyone’s surprise, sped off down the intersecting cross road. Its side was clearly caved in and smoke was pouring from under the hood, but it didn’t stop.

“This won’t last much longer,” said Jerry from accounting.

At the first opening, the car veered right and took off down a residential street. The police cruisers were close behind.

“That’s my block,” said Albert, getting nervous. He knew his kids were at school and his wife at work so he wasn’t worried about them. But it was an invasion of his quiet bucolic suburban neighborhood by evil, unpredictable, outside forces.

The chase wound through the narrow twisting streets. Two police cruisers must have gone around because suddenly, they boxed the blue car in. It turned sharply into a U-shaped driveway which cradled a large, brick mailbox.

That was Albert’s front yard. His family used the alley in back but he had always dreamed of having a front driveway that could fill up with cars when they would entertain. Growing up, he had seen wealthy people with driveways like that. It took him five years to save up enough money to have the concrete poured. At the same time, he hired a bricklayer to make a big permanent mailbox. “A statement,” he said.

The crowd around the TV was getting excited. It was about to go down. Albert didn’t want to say that the scene was at his own house. He felt embarrassed, somehow.

Police cars swerved into both ends of the driveway, trapping the car, which slid to a stop. Despite the damage both doors flew open and the driver took off running across Albert’s lawn with the police in pursuit. He was relieved when they entered his neighbor’s yard and disappeared off screen.

The passenger remained crouched down behind the opened, dented car door. A circle of police began closing in. There was a small puff of smoke from the car and then the police opened fire. Nobody could hear anything but it was obvious by how everyone was moving that many shots were being fired.

There were yells of horror and amazement in the break room as the man went down, sprawled out at the base of Albert’s custom mailbox. It isn’t every day they were able to see someone killed on live television.

“Well, that was something,” said Jerry from accounting. Nobody really knew where Albert lived and nobody recognized his house. Everyone began to disperse and head back to their desks.

Albert didn’t know what to do. Should he go home? There would be cops, news crews, and excited neighbors. Would they all want to talk to him? What would he say? He didn’t know how to deal with all that.

And there was his meeting. It was important. He would have to confess, “I’m sorry but I have to go, someone was killed in my front yard.” Then he’d have to admit he was slacking off in the break room watching the television. It was all so messy, so complicated.

So Albert went to the monthly operations schedule planning meeting and sat there like nothing had happened. He decided to go home at his usual time and wondered if there would be a bloodstain on his driveway or bullet craters in his brick. He was shaken and sweating, but tried to pay attention to the PowerPoint Presentations.

Near the end of the meeting, he realized he had forgotten to buy his bag of Cool Ranch Doritos.

“Whether you take the doughnut hole as a blank space or as an entity unto itself is a purely metaphysical question and does not affect the taste of the doughnut one bit.”
― Haruki Murakami, A Wild Sheep Chase 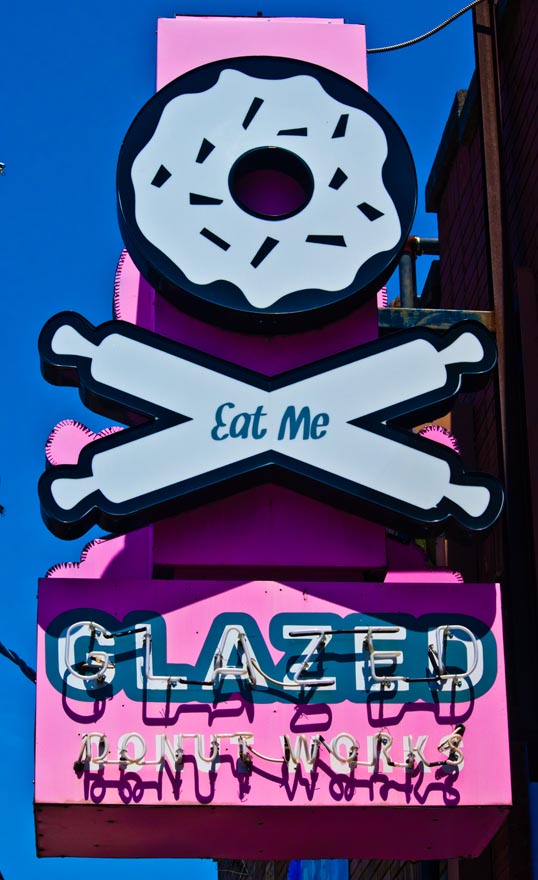