I have been playing around with my camera. I want to try a technique – actually a set of techniques – to paint with light. These are not finished attempts, just preliminary studies to see what the possibilities are.

When I was a little kid I used to read Popular Science and Popular Mechanics like they were the word from God. There was an article where you would set a camera down in the dark, open the shutter, and swing a light over the top of it, making a pattern. It’s a lot easier now, with a digital camera, because you can see what comes out right away – instead of having to develop the film. You can play around. 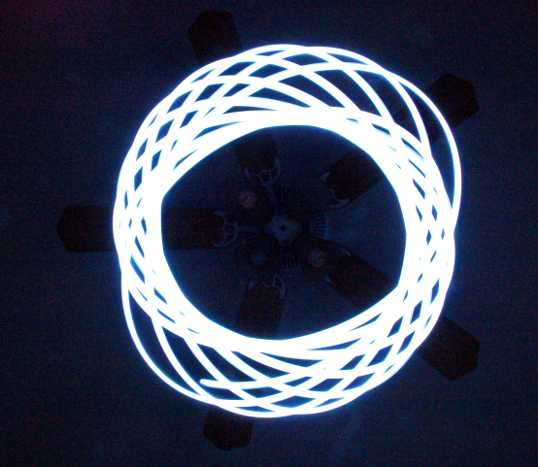 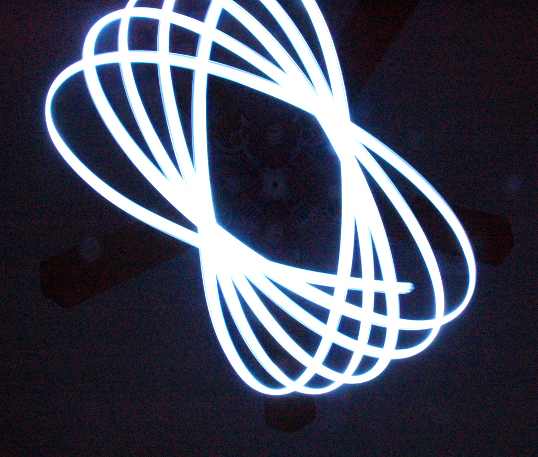 A couple of test shots with a small flashlight hanging from a ceiling fan.

Working on adding a little color

Next, I want to go outside at night and experiment with “painting” on objects. I actually tried that, but my neighborhood has too much ambient light – plus all the dogs go nuts. I need to think about this a bit more.

A new version of Video Games by Lana Del Rey