“But I am greedy for life. I do too much of everything all the time. Suddenly one day my heart will fail. The Iron Crab will get me as it got my father. But I am not afraid of The Crab. At least I shall have died from an honourable disease. Perhaps they will put on my tombstone. ‘This Man Died from Living Too Much’.”
― Ian Fleming, From Russia With Love 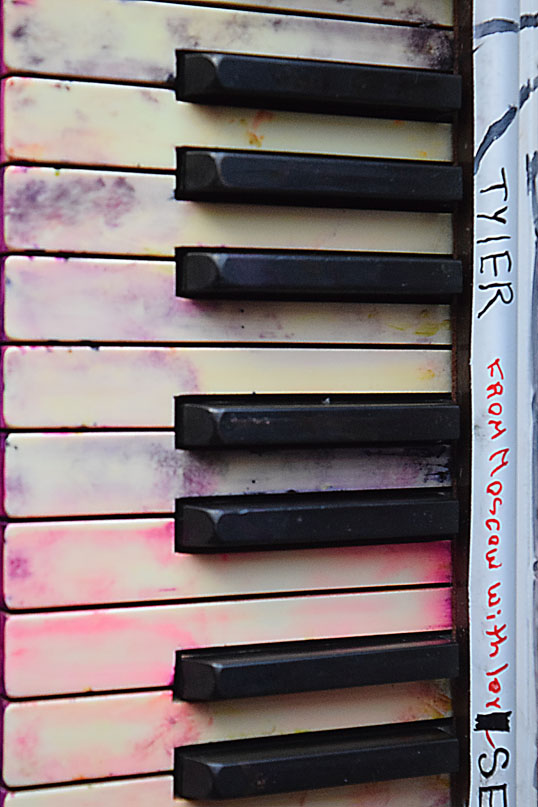 The last two years, for the month of June, I wrote about a short story that was available online each day of the month… you can see the list for 2014 and 2015 in the comments for this page. It seemed like a good idea at the time. My blog readership fell precipitously and nobody seemed to give a damn about what I was doing – which was a surprising amount of work.

S. T. Semyonov was born to Russian peasant parents and lived a life of menial manual labor. He used that tough life as fodder for his stories.

I’m not too familiar with his writing – and am not sure if they all are like today’s selection – but I would imagine they are. It’s a simple story, a moral tale, that starts with a young man down on his luck. He has lost his position due to having to return to his village for military duty. He has been walking the streets of Moscow, hungry, for days – looking for work – any work.

When he runs across a silver tongued old friend, he has a ray of hope and a bit of good fortune. But he learns about the cost of his good fortune and has to make a decision. It seems that he chooses wisely.

“What’s the use of wasting words? I just want to tell you about myself. If for some reason or other I should ever have to leave this place and go home, not only would Mr. Sharov, if I came back, take me on again without a word, but he would be glad to, too.”

Gerasim sat there downcast. He saw his friend was boasting, and it occurred to him to gratify him.

“I know it,” he said. “But it’s hard to find men like you, Yegor Danilych. If you were a poor worker, your master would not have kept you twelve years.”

Yegor smiled. He liked the praise.

“That’s it,” he said. “If you were to live and serve as I do, you wouldn’t be out of work for months and months.”

It’s a short, straightforward tale – but a fine humans story about making the best of a difficult life.

The author, Semyonov was killed by bandits at the age of fifty five. It doesn’t get any more difficult than that.