“Once there were brook trout in the streams in the mountains. You could see them standing in the amber current where the white edges of their fins wimpled softly in the flow. They smelled of moss in your hand. Polished and muscular and torsional. On their backs were vermiculate patterns that were maps of the world in its becoming. Maps and mazes. Of a thing which could not be put back. Not be made right again. In the deep glens where they lived all things were older than man and they hummed of mystery.”
― Cormac McCarthy, The Road 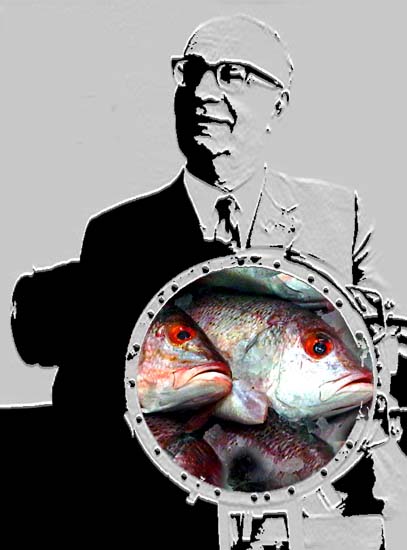 Here’s another one for today (#39). What do you think? Any comments, criticism, insults, ideas, prompts, abuse … anything is welcome. Feel free to comment or contact me.

The Wave of Omega Grunion

It was completely dark and Polonius Bunting gazed out over the vast masses of swirling stars. The perfectly flat ground of the Mirror Plain stretched out in all directions. The perfect reflection of the glass made the horizon impossible to see. The reflected stars looked identical to the real ones.

The meteors were streaking the sky – a thousand a minute. How many were space rocks and how many were chunks of metal from the war? He had heard that before the war falling stars were rare. He could see the streaks in the sky and reflected on the ground – watch the falling stars reflected right down to his feet.

Polonius saw the glow in the east. He still had a few minutes and as the glow grew and crowded out the stars he checked the Racer one last time.

He pulled a small gauge from the front of his coveralls and made sure the huge tires were inflated to the correct pressure. He ran his hands over the stiff rubber surface, felt the deep channels of the tread. If all the Racer had to do was speed over the vast glass of the Mirror Plain Polonius knew he would use smooth tires, but the channels were needed when… after….

From the rear of the racer, he looked at the twin titanium V-12 engines and their nests of wires and tubing. They had been cast from the melted remains of the last bomber and there were no others like them in the world. The Racer was idling, keeping warm until the start, and every now and then would give a little shake, a slight pop, and vibrate the motor mounts.

Polonius knew it was almost time. He climbed into the cramped cockpit and made sure the hatch and diverters were locked securely behind him. He looked out the front port and watched the patch of sky directly ahead. It was growing light and glancing through the cross-hairs he confirmed that the Racer was pointed due East.

He pumped the accelerator, listening to the huge engines. It would be only seconds more. He pressed the clutch and engaged the transmission, revving up the engines to their red-line rpm.

Suddenly there was a glint of red-orange peeking over the horizon and Polonius popped the clutch. The Racer hurled itself forward, tires screeching and smoking, directly into the orb of the rising sun. Polonius worked the gears furiously, building as much speed as possible, keeping the sun centered in the cross-hairs of the forward viewport.

The Racer was shuddering at its top rated speed, still running straight and true, when the horizon became irregular. It was the First Wave, which was water.

The First Wave came incredibly fast – Polonius barely had time to see the swirling wall of foam covering the solid vertical mass of liquid streaked in green, white and deep blue before the Racer hit and with a giant roar of straining steel, plunged right on through.

The water behind the First Wave was shallow and the Racer was able to regain the speed it had lost in the collision. Soon the Second Wave, the Wave of Omega Grunion, appeared, roaring over the horizon, in a long, smooth silver roll.

The Racer plunged in. The Omega Grunion are small fish, maybe six inches long, gathered by the billions into the massive living wave. The individual creatures are indistinguishable from the total mass when they are piled up like that, but each and every Omega Grunion had a mouthful of diamond teeth and could chew through the Racer in seconds if given the chance.

But Polonius and the Racer had the speed. The plow and diverter plates split the wave, the blades slicing the fish into tiny pieces and throwing them aside in a bloody mass of scales and fish guts.

On and on the Racer ran, the screaming sound of a million fish torn to pieces penetrating the armor and filling the cockpit. Polonius had never heard a sound like it – there is no sound like it.

“The Canterbury Cats will eat well tonight,” Polonius laughed and checked the gauges as the Racer forced its way through, tearing through the wave of fish. The silver wave was cleaved, a scarlet wake thrown high by the power of the impact.

Soon, though, the bodies and gore began to pile up in front of the scoop, the Racer was moving too fast for everything to be thrown to the side. Polonius did not make the necessary adjustments fast enough and before he could react, the Racer began to slide on the ramp of fish offal and he lost steering control. It fishtailed left, then right, then with a groan of stressed steel it flipped on its side, wheels spinning uselessly in the air.

The violence of the high-speed crash threw Polonius around in the cockpit and stunned him against a bulkhead. When he cleared his head he saw the right port was cracked and his face was being splashed with a fountain of salty red water. All around him he heard the horrible chattering of thousands of diamond fish teeth chewing through the steel armor of the Racer. He pressed the big red button in the center of the dash which sent a powerful electric charge through the outer plates. This slowed the fish for a minute or two, but did not stop them.

Nothing would stop them. 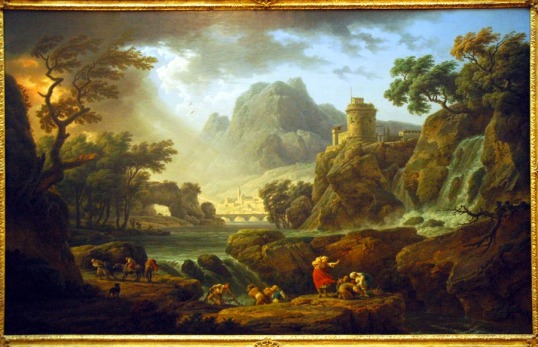 Today’s story, for day 9 – The Hurricane, by Lord Dunsany

Read it online here:
The Hurricane, by Lord Dunsany

‘Old friend,’ said the Hurricane, ‘there are cities everywhere. Over thy head while thou didst sleep they have built them constantly. My four children the Winds suffocate with the fumes of them, the valleys are desolate of flowers, and the lovely forests are cut down since last we went abroad together.’

Today, with Houston starting its long recovery from Harvey and Irma bearing down on Florida with its horrors to come, I thought I’d link to a short little bit of fantasy called The Hurricane.

It’s hard to underestimate the impact that Dunsany had in the fantasy genre, and he remains one of the literary movement’s most notable figures, influencing many authors who would become major figures in and of themselves. Authors such as H.P. Lovecraft and Robert E. Howard noted their appreciation and influence of the man, with Lovecraft saying of The King of Elfland’s Daughter: “Inventor of a new mythology and weaver of surprising folklore, Lord Dunsany stands dedicated to a strange world of fantastic beauty.” 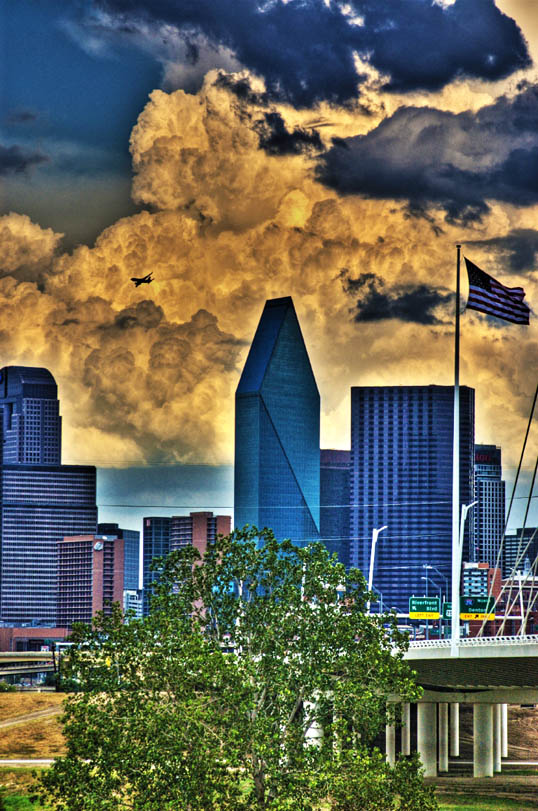