“The fascination of shooting as a sport depends almost wholly on whether you are at the right or wrong end of the gun.”
― P.G. Wodehouse, The Adventures of Sally 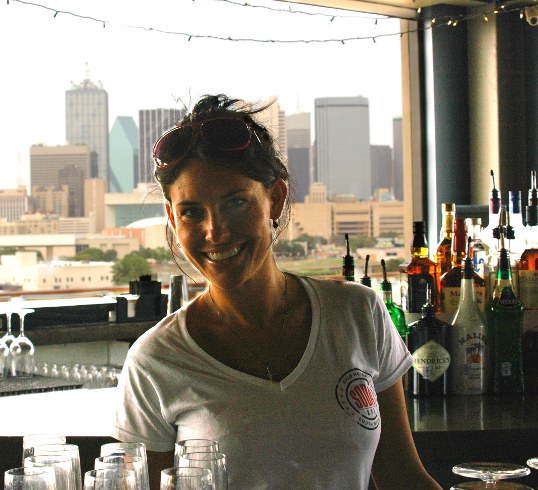 This woman, a bartender at the NYLO Southside, asked Candy, “Is your husband a professional photographer?”
Candy answered, “He thinks he is.”

Here’s another one for today (#89) Getting closer! What do you think? Any comments, criticism, insults, ideas, prompts, abuse … anything is welcome. Feel free to comment or contact me.

Phoenix Cody liked Slade, the bartender at the Blue Rooster Bar, even though he knew Slade, who was also the owner, hated him. For too many years the Blue Rooster was on Phoenix’s route – when he was working muscle for the Rockfist Triad – and nobody liked being shaken down like that. Still, it was a nice, dark bar where pretty much anything could go down on a given night – and Phoenix was feeling nostalgic.

“Hit me again, Slade,” he said, clinking the ice in his glass. “How ’bout a clean glass this time.”

Slade glared at Phoenix, reached across the bar, and dribbled a thin stream of Darkhammer Scotch over the ice already in the glass. “Six bucks,” Slade said.

“Nope. Do you think I don’t remember every time you came in here for payment? You pay, cash, full price, every drink.”

“Now, Slade, that was business, you know that. And it’s over now.” Phoenix decided to kick things up a notch. “But you know, I’d watch it if I were you. It’s over now, but it might start up.”

“Are you kidding me?” said Slade. “After the crap you pulled with the Rockfist boys? You are lucky you’re still breathing.”

“Luck had nothing to do with it. And if it isn’t the Rockfist… it might be somebody else.” Phoenix slapped some bills down on the bar and started to look around.

Phoenix was getting bored with Slade’s sad sack routine and decided to look around the place and see if he could find some action. That was when he spotted the towering, lanky dude in the classic tuxedo down at the end of the bar. His hair was oiled, slicked back, and he kept pacing from the bar over to a column where he would stare at the front door. Then he’d pull his jacket sleeve back and stare at a Rolex Submariner on his wrist. He’d let out a big sigh, shake his head, and then turn back to the bar.

This little routine would restart and go on again. Phoenix watched for a minute and it started to make him dizzy. The guy was waiting for somebody and that somebody was late. He wanted to meet this person in a bad way.

The narrow side street – not much more than a wide, brick alley – that the Blue Rooster sat on ran down into the bright broad expanse of Fifth. Sometimes the theater crowd would filter down that way, looking for a act more provocative than on the musical stages set up for tourists – so it wasn’t unusual to see a man in a tuxedo. But this tall drink of water stood out. He was alone, for one thing, and for another… he towered over the scruffy con men, drug dealers, and two-bit hustlers that were filling the Blue Rooster at that time of the night.

Phoenix decided to see what was up and began to move down the bar toward the dude. Before he was halfway the guy noticed his drink was empty, looked at his watch one more time, and then headed toward the door. He brushed Phoenix as he went by but ignored Phoenix’s hand grasping his shoulder and headed out. His head was somewhere else.

Disappointed, Phoenix grabbed an empty chair in the narrow space between the bar and the brick wall opposite. He turned and leaned back, lifting the front legs of his chair off the ground a few inches. This was a vulnerable way to sit in a place like the bar, but Phoenix liked what it showed about him – that he wasn’t afraid to let his guard down, that he could handle it, no matter what.

The tall tuxedo man was barely gone, only enough time for him to scurry down the street a few paces, when somebody else entered the bar – somebody that immediately caught Phoenix’s eye. She was tall too, with a mass of jet-back hair tied back off her shoulders. She was wearing an evening dress of the shiniest, sheerest, black fabric. The way it curved, hung, and moved… this stuff must be the pride of the German Chemical industry to make something like that – though the woman underneath had more to do with it.

She was looking around the bar, moving quickly, almost frantic. Phoenix immediately realized she was here looking for the tall guy. He watched her turn to look into the dark corner by the door and saw her dress was marked in the back with a large, dark crimson hourglass that stretched from her back down… down far enough. Her outfit was stunning and all eyes in the place were on her, all heads were turned to follow her frenetic search. The look was only spoiled by the oversize bag she had slung over her shoulder – she should have had a slim, jeweled pocketbook, not the massive leather purse she was lugging.

She worked her way back through the bar as Phoenix watched her and waited. He was the only person in the place by himself – and he wanted to see what happened when she reached his spot. Phoenix noticed her glance his way a couple times, and it didn’t take long for her to clear the nearest table and look down at him, sitting on his chair, leaned up against the rough brick wall. Phoenix pulled his face into his most relaxed, nonchalant expression – something he took pride in and had worked on for years.

“Excuse me, but I’m meeting someone here and I’ve never seen… are you Brett?”

“Why, yes… yes I am. Glad to meet you.” Phoenix had not even had time to think about the lie… it simply came out. And now… nothing to do except go with it. He put on his biggest, broadest smile and reached out his hand toward the woman.

Instead of taking it, she scooted back half a step and reached into that cavernous bag she carried.

Phoenix had enough time to think, “Oh, that’s why she has such a large purse,” but not much more, as the woman’s hand flashed out with a gigantic chrome plated revolver. She raised it and Phoenix’s brain noticed how it gleamed in the uneven light of the bar. He couldn’t do anything else, though. Leaning back in the chair like that, he was trapped, it would take at least two or three seconds to lean forward and leap one way or the other… but he had less than one.

The gun roared as the woman kept pulling the trigger and slug after slug pumped out and into Phoenix’s chest at point-blank range.

It took a lot of effort, but slowly, Phoenix Cody was able to concentrate his vision on the ceiling of the room. It was a grid of tiles, each one with hundreds of little black holes in it… big holes, little holes, all in a random pattern. Phoenix wanted to get his mental abilities back, so he started to count the holes… one… two… three…. And that was about it. All he could do at that point was to close his eyes, try to get some sleep, and wait for whatever drugs they had him pumped full of to wear off.

Involuntarily, he moved his head a fraction and the pain shot through his chest like an electric bolt. They obviously had him on something strong, so that little movement must have really hurt.

Phoenix thought of all the detective shows he had seen on television growing up. The hero would be wearing a bullet proof vest and the bad guy would get off a couple shots. The hero would go on like nothing had happened – catch the crook – get the girl… all was right in the world.

It didn’t work like that. A vest, especially a good one, like what Phoenix wore, might stop a bullet from a handgun without much trouble, but the kinetic impact was only spread out over a small area. At close range, with a large caliber handgun, it felt like being hit in the chest with a sledge hammer.

Phoenix never blacked out during the shooting itself. He felt all five sledge hammer blows. The woman was so close he had powder burns, but he had kept his eyes open. He couldn’t stop staring at the woman’s face in the split seconds between the flare of the shot leaping out of the pistol. The expression on her face was amazing.

He didn’t think he had ever seen anyone that pissed off before.