“Sylvia was driving and I didn’t realize how drunk she was and how icy the roads were. She slid around the corners, whooping and laughing like a crazy person. It scared the shit out of me but Sylvia thought it was funny.” 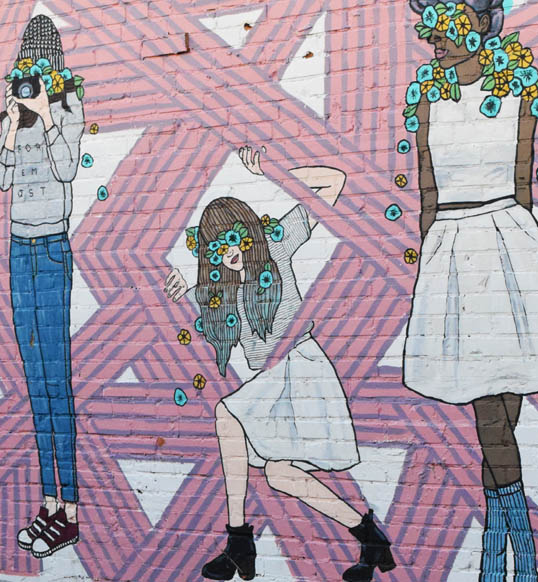 Here’s another one for today (#9). What do you think? Any comments, criticism, insults, ideas, prompts, abuse … anything is welcome. Feel free to comment or contact me.

A flash fiction bit I wrote from a prompt from the book The 4 A.M. Breakthrough. I’ll put the prompt after the story. You don’t have to read the prompt if you don’t want to.

All five of us were laying on Sarah’s huge bed watching Game of Thrones – she has a great big plasma television on the wall in her bedroom and an HBO subscription. It was actually very innocent, comfortable, and fun until Alice started kissing Sarah. She has a girlfriend and can’t go around making out with anybody she wants. It ruined the whole evening. I gave her a kick and pushed the two of them apart, giving both a piece of my mind. They laughed at me, even though they stopped sucking face. It interrupted the whole thing… it upset me so much I missed Arya killing some dude… they said she stuck Needle slowly right up through his neck. I wanted to see that. They wouldn’t even run it back for me. So selfish, so self absorbed.

Then, well, Alice was in the back seat, half passed out. She was still pissed off at me about the kissing Sarah thing from Game of Thrones night. Sylvia was driving and I didn’t realize how drunk she was. She slid around the corners, whooping and laughing like a crazy person. It scared the shit out of me but Sylvia thought it was funny. When we arrived home she said, “Big deal.. we’re here OK aren’t we? All’s well that ends well, that’s what I say.” What an idiot.

I swear that Alice and Sylvia are out to get me. I see them talking to each other, quietly, when they think I’m not watching. We all decided to go swimming and those two chose the spot – some lake out in the country. When we got there, I fished my suit out of my bag and they all laughed at me. We walked down and the place was full of naked people. They all stripped down and jumped in. It was disgusting. I wore my suit and everybody stared at me – stared at ME. They were the naked ones, but they made me feel like I was the one that had something to be ashamed of. Alice, Sylvia and Sarah all knew that I can’t stand people to see me naked. Joyce drove us down there but maybe she didn’t know. It was so humiliating, I get shivers thinking about it.

With those three all trying to destroy me I thought at least I had Joyce on my side. It gave me comfort. She has always been a good friend. So I called her up and tried to get her to take my side against the others, but she told me I was crazy. “Gwen, you have gone BATSHIT CRAZY!” was exactly what she said. I slammed down the phone and cried for an hour. That whole group has it in for me. My birthday is coming up and they haven’t even mentioned it. They know it’s my birthday and they are ignoring it. It is awful… I need new friends. I’m going to just ghost them, I swear.

So it was my birthday and that bunch of bitches completely ignored me. Joyce came by the house and didn’t even mention what day it was. All she wanted to do was get me to go shopping with her and I told her to go to hell. She laughed and absolutely made me go. On the way she said she had to stop at Sarah’s and I hit the roof. I said I’d wait in the car, happily, but she would have none of that. She practically dragged me out of the car and into the apartment. Right when we went through the door everybody jumped out and yelled, “Surprise! Surprise!” It was a party for my birthday. My friends are the best.

From The 4 A.M. Breakthrough

Write five paragraphs of narrative about one individual who has decided to stop spending so much time with a gang of friends. Each paragraph should be about an isolated problem of this larger issue. All five paragraphs should have overlapping characters, but you do not have to follow one character all the way through the five paragraphs. Think of the paragraphs as tiny stories in and of themselves. Separate each paragraph by a space.

This is a question of Story VS. Storage. Paragraphs are boxes into which we put information. Let each new paragraph in your writing signal another set of thoughts and ideas.