I’m suddenly aware that I’m smiling. I’ve finally made it here, to summer—after such a long winter—and I’ve treated myself to a dip in the pool.

—-Cecilia Kennedy, The Barracuda in the Pool 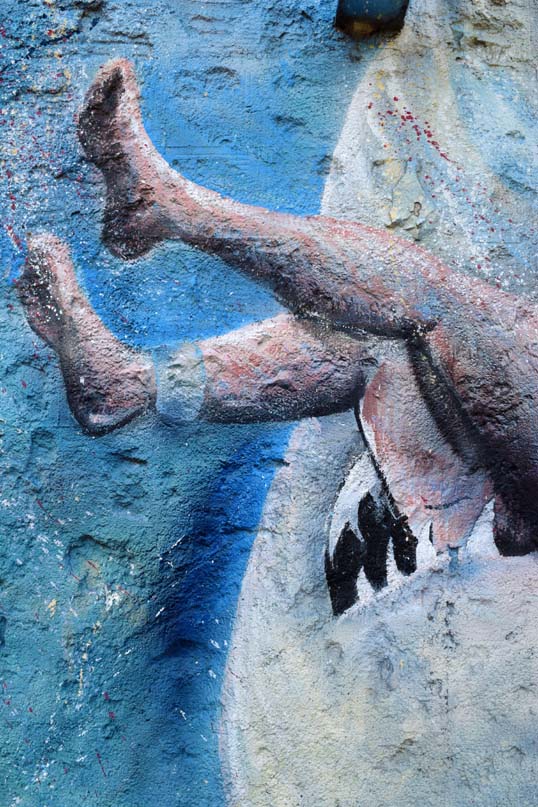 Good writing will bring back memories. Flash fiction can artificially extend its length and value that way – by tacking strong memories onto the end of the text itself.

Today’s flash fiction brings back a couple to me (maybe spoilers… maybe read the story first).

One was (maybe 1972) swimming inside the shark netting in the ocean at Fort Sherman (now long gone) on the Atlantic side of the Canal Zone. I remember the taste of salt, the sweltering heat, and the primordial green of the neighboring rain forest. There was a large active crowd in the water and I put on my mask and dipped my face below the surface to take a look. There was a barracuda, a big one, gliding smoothly between the writhing bodies. Minding his own business. He looked so streamlined, so powerful, so prehistoric… like something from another world. I felt embarrassed because I dared contaminate his ocean with my pitiful presence.

The second was… maybe two years later and 500 miles northwest of there, diving into a pool in a country club in Managua. I mistook the shallow end and plunged my face into the rough gunite bottom. It hurt but the worst was when I stood up. A young woman standing in the pool looked at my face and the gore pouring down and let out the most blood curdling movie scream I have heard in my life. I was ultimately fine, the worst wound was the sound of her voice and the terror on her face. That remains after a half century has passed.

The Barracuda in the Pool by Cecilia Kennedy