For he had no typewriter ribbon left and only fifty sheets of paper and he counted on the stabbing imprint of the keys to make an impression like a branding, and when he had used the fifty sheets, front and back, he would start again, typing over what he had already impressed upon the page. 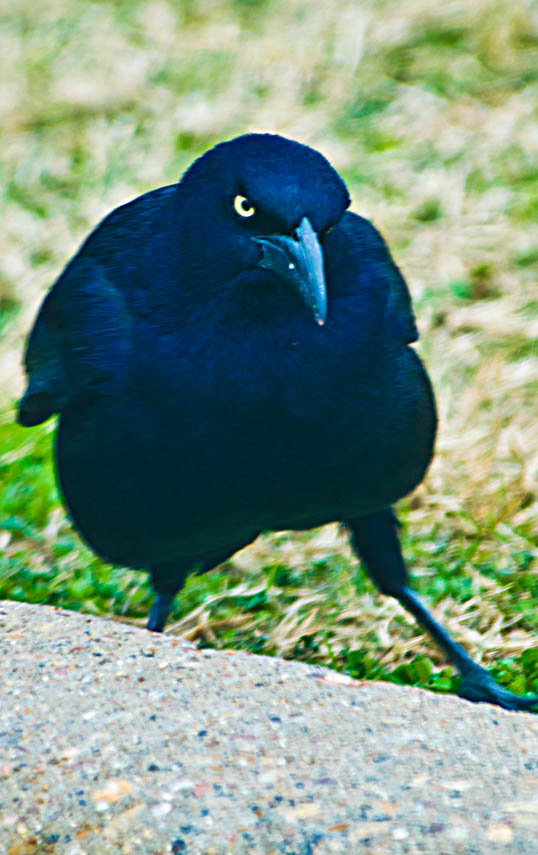 Bird, Scavenging along an Interstate Highway in Texas

Back in the olden days, the days when we did things, I would go to a book club in a bookstore on the other side of town and join a group that would read the same book and discuss it. It seems so long ago.

One book we read was Jeff VanderMeer’s Dead Astronauts. I really can’t say I enjoyed the book – it was too, too difficult to read. I looked forward to the discussion. I was curious about what everybody thought – but the thoughts were jumbled. I asked, at the end of the evening, “Would anyone here have finished this book on their own – without the pressure of having book club?” The answer was a resounding NO.

Though I won’t say the book was enjoyable, it was interesting… and it was… haunting is the best I can come up with.

And when I came across an online short story written by VanderMeer – The Situation – I read it and wrote about it. It was another fabulous story but told in a more conventional way – not too difficult to get through.

And then… well, there’s this thing I do. I always like to have some short books laying around – something to read when I don’t have very much time, energy, or patience. What I do is I walk down the aisles of the library in the fiction section simply looking at the physical books. Then I pull the small and slim volumes out and see if they are something I might be interested in. This, again, was back in the olden days when there were libraries.

The last book like that I checked out – I looked at it and, surprise, it was another by Jeff VanderMeer – a short novel, novela really, called The Strange Bird.

And it, again was in a different style. It was a straightforward (though bizarre) tale told as a hero’s journey – like The Odyssey, or The Alchemist,  or The Hobbit, or something like that.  The protagonist is the eponymous “Strange Bird” – a creature that may have started out as a bird but had been manipulated in a horrific futuristic bio-tech lab – bits added from many different animals… and humans… fantastic properties and abilities… until what was left was an intelligent, damaged, powerful, fearful, beautiful, hurt and most of all – unique thing – the Strange Bird:

In the lab, so many of the scientists had said, “forgive me” or “I am so sorry” before doing something irrevocable to the animals in their cages. Because they felt they had the right. Because the situation was extreme and the world was dying. So they had gone on doing the same things that had destroyed the world, to save it. Even a Strange Bird perched on a palm tree on an artificial island with a moat full of hungry crocodiles below could understand the problem with that logic.

Even though the styles are varied – the Strange Bird is a “Borne” novel and The Situation is a “Borne” novela and The Dead Astronauts is another “Borne” novel. They are set in a fantastic world established in the linchpin novel Borne by Jeff VanderMeer. This is a dystopian earth destroyed by the experiments conducted by The Company – a giant biotech conglomerate. The blasted world is left with the few remaining humans battling for survival with the genetic monsters created by The Company – now escaped and running amok.

There are characters and locations shared (though often at different times – different stages of their lives) – Charlie X, Rachel and her lover Wick (who sells drugs in the form of customized beetles that produce memories when shoved in one’s ear), the Balcony Cliffs, and especially the giant flying killer bear, Mord. Borne himself(herself? itself?) is mentioned briefly in The Strange Bird.

So, now, what choice do I have? I picked up a copy of Borne – will read it next.

One response to “The Strange Bird”