“I found myself remembering the day in kindergarten when the teachers showed us Dumbo, and I realized for the first time that all the kids in the class, even the bullies, rooted for Dumbo, against Dumbo’s tormentors. Invariably they laughed and cheered, both when Dumbo succeeded and when bad things happened to his enemies. But they’re you, I thought to myself. How did they not know? They didn’t know. It was astounding, an astounding truth. Everyone thought they were Dumbo.”
― Elif Batuman, The Idiot 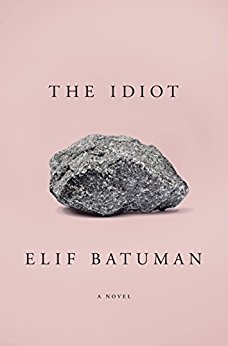 The Idiot, by Elif Batuman

Oblique Strategy: You are an engineer

In my struggle to live life outwardly, I spotted an event on Facebook that looked interesting. There was going to be a Book Club discussion at The Wild Detectives in Bishop Arts. I love that place – named after a Roberto Bolaño novel – it has a carefully curated collection of books, coffee and beer. What else do you need? On the weekends, they turn the wifi off – so people will be forced to talk to each other.

What could be better than to meet in a place like that and talk about a book?

The selected tome was The Idiot by Elif Batuman. The book is a bildungsroman about a ninteen-year-old woman attending her first year at Harvard.

I only had a little over a week before the meeting so I set up a spreadsheet with the number of pages per day I had to read. I have a terrible confession to make. I had a nice heavy hardback copy and the Kindle version. I never picked up the physical book. The new Paperwhite is simply too good.

The book was very interesting. Terribly well-written, it was unique in that the protagonist, Selin, was the most passive main character I have ever read in a novel. She drifts along, only slightly buffeted by life. Reading about her, I had the image of a person sliding down a featureless sheet of ice, silently observing the scenery go by (in very great and subtle detail).

So my feelings on the novel were mixed. It was interesting in that this woman’s life in her freshman year was incredibly different than mine (in a bildungsroman you can’t help but compare the protagonists experiences to your own) – for example: sex, drugs, and rock and roll make no significant appearance in her life at all.

One interesting aspect of the novel is that it takes place at the very beginning of the internet age: Selin is confused at first by this email thing – until she embraces it and has the most significant relationship with a slow email conversation with someone she met in Russian class.

The Wild Detectives is way across town from my ‘hood and I fought through the traffic after work, arriving early enough for a preliminary beer (Texas Ale Project‘s Fire Ant Funeral – if you are interested).

I really enjoyed the discussion. We started talking about the cover (I never even noticed there was a rock on the cover). Talking about the email, someone brought up that it was like letter writing in the time of classic Russian Novels (like Dostoevsky’s own version of The Idiot) people would write letters to each other, the distance and time separating the two adding a surreal aspect to a relationship.

A very nice way to wile away an evening.

The next novel we will discuss is The Seventh Function of Language by Laurent Binet. I bought a hardback copy at the bookstore – I’ll avoid temptation and not buy the Kindle version. We won’t meet until January, so I won’t need a spreadsheet to egg on the pages.

One response to “Beer and Batuman”