David Mitchell on How to Write: “Neglect Everything Else” 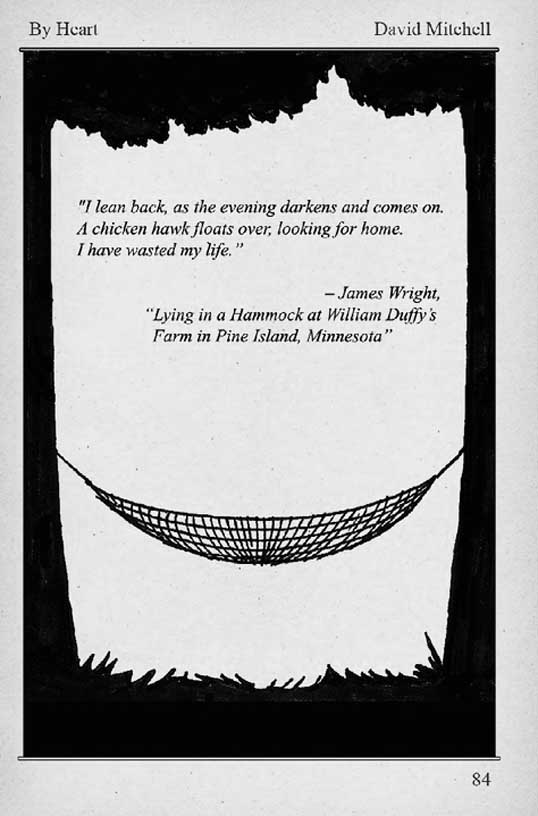 When I asked David Mitchell, author of Cloud Atlas, to discuss a favorite passage for this series, I was initially surprised by his choice: a plain-stated, rustic poem by James Wright. “Lying in a Hammock at William Duffy’s Farm in Pine Island, Minnesota” bears no overt similarity to Mitchell’s maximalist, genre-busting epics. But, he explained, the poem’s pure sensory engagement inspires him to strive to be more present, attentive, and alert—an ongoing struggle with implications for his work habits, his craft, and the art of writing about the future.

Two of the best tennis players to pick up rackets are sisters who learned the game together on a public court in Compton. For decades, America’s confused letter-writers got help from two advice columnists, Dear Abby and Ann Landers, who were, in fact, identical twin sisters named Pauline Esther Friedman and Esther Pauline Friedman. And 85 percent of Hollywood blockbusters from the past seven years star at least one blond Australian named Hemsworth.

For banh mi – I go to Lee’s Sandwiches near my house (it’s also, technically, in Garland) or the Nammi Food Truck. These two are very close, however, maybe two miles… perfect bicycling distance. Sounds like a plan. 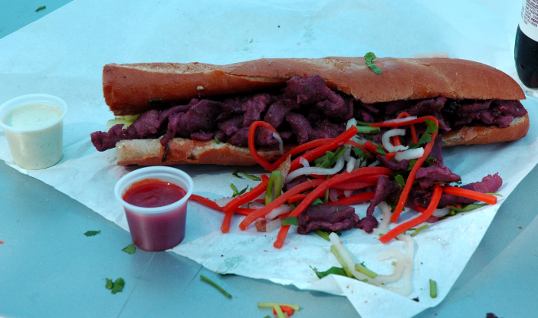 This is the official website In re Korean Noodles Antitrust Litigation, Case No. 3:13-CV-4115-WHO-DMR (N.D. Cal.). This is a class action lawsuit involving the price of Korean Noodles purchased directly or indirectly from the Defendants Nong Shim Co., Ltd., Nongshim America, Inc., Ottogi Co., Ltd., and Ottogi America, Inc. (“Defendants”) that is pending in the United States District Court for the Northern District of California. The lawsuit alleges that Defendants engaged in illegal price fixing with respect to the sale of Korean Noodles and that as a result, any person or entity that purchased Korean Noodles directly or indirectly from any Defendant, during the Direct Purchaser Class Period or Indirect Purchaser Class Period paid a higher price than they would have otherwise paid in a competitive market. Defendants deny Plaintiffs’ allegations and the Court has not ruled on the merits of the claims or defenses.

Ok, let me get this straight…. A class-action lawsuit claiming some companies illegally conspired to fix the prices of RAMEN NOODLES???? I have no idea if I have ever consumed Korean Ramen noodles (I doubt it, though). How much money would I get if I did? Maybe a nickel?

Ulysses deserves its reputation as one the best books in the English language. It generously overflows with insight into the human experience, and it’s very, very funny. And, most importantly, anyone can read it.

I have actually wanted to read Ulysses.

Maybe I should write a guide on how to read Gravity’s Rainbow. I have read it, really… I have. It only took me twenty five years to get through.

The Nine Best Coffee Shops in the Dallas Suburbs 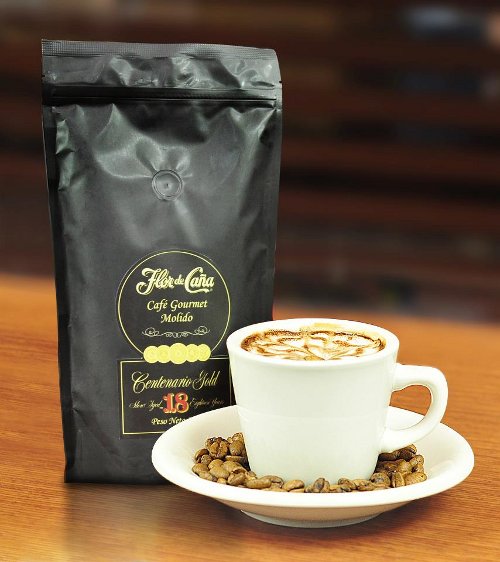 “The really shocking result was that on everything that we looked at, we didn’t find any difference between the effects of the two breads,” a co-author says, per the Guardian.

I was into home-made bread for awhile – basing a lot of what I did on the book Artisan Bread in Five Minutes a Day. The bread was delicious and the house always smelled wonderful… but I realized that I was pretty much eating a loaf of bread every day. I bought a fifty pound bag of bread flour and ate the whole damn thing in a little over a month (I kept it in a freezer).

That was not good – I had to give the whole thing up. 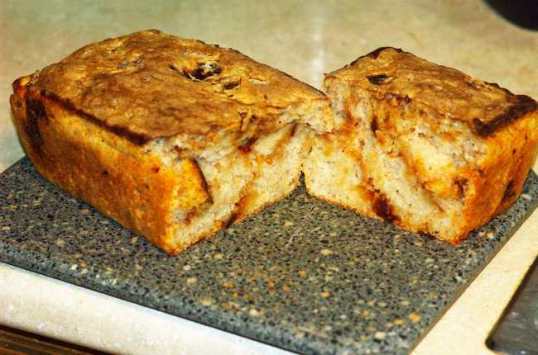 Finished loaf of Chipotle Sourdough Bread. A little too much Chipotle, it made the dough a bit wet and it came out very spicy. Still Delicious. There are kids over and it was gone in five minutes.