But the most important rule, the rule you can never forget – no matter how much he cries, or how much he begs, never, never feed him after midnight.
—-Gremlins 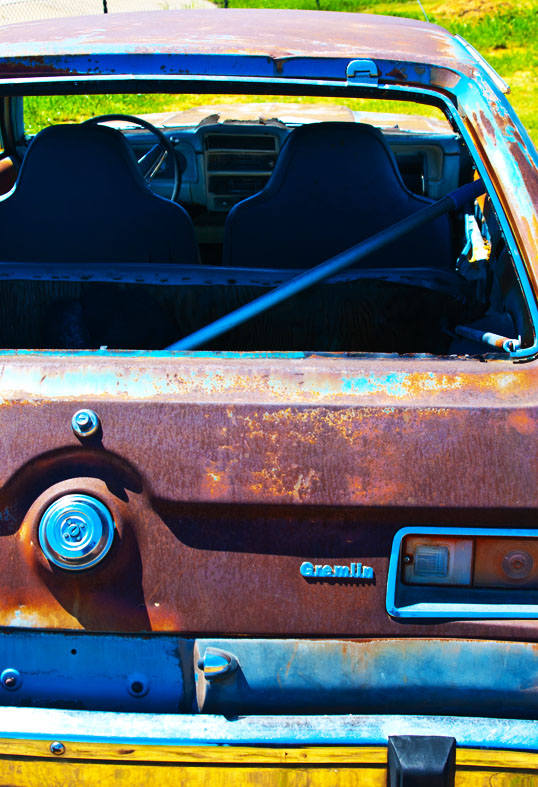 I am of the age that I remember, vaguely, a time when an American Motors Company Gremlin (undoubtedly one of the worst cars of all time) was pretty cool. Those of you lucky enough to not know what a Gremlin is – it is a vehicle, one of the first American Subcompacts (competing against the Pinto and the Vega… yeah) made by a terrible car company, AMC. They took a bad car, the AMC Hornet, and “improved” it by chopping the back end off, leaving an almost-vertical hatchback. CBS rates it as the sixth ugliest car ever made.

But I remember the 1970’s well and I remember that I thought the Gremlin was really cool. What the hell? A lot of kids drove Gremlins when I was in college, even some of my friend’s moms drove them. I never met a male over 20 that owned one, though there must have been some, somewhere. They sold for about eighteen hundred dollars each at the time (a cherry Gremlin today might cost you almost 30 grand).

My favorite memory was a summer from college, a hot, steamy Saturday night, visiting a friend in a small Kansas town. There were four of us, packed into a Gremlin, driving up and down the rough brick-encrusted main street, up and down, listening to a quadraphonic eight track playing music at a ridiculous volume in that tiny tin space. This was the pinnacle of coolness in 1974.

It has all been downhill since then.