The last two years, for the month of June, I wrote about a short story that was available online each day of the month… you can see the list for 2014 and 2015 in the comments for this page. It seemed like a good idea at the time. My blog readership fell precipitously and nobody seemed to give a damn about what I was doing – which was a surprising amount of work.

The most merciful thing in the world, I think, is the inability of the human mind to correlate all its contents.

—-H.P. Lovecraft, The Call of Cthulhu

Even though it was a long time ago, I vividly remember when I first read H.P. Lovecraft. It was in college, Lawrence, Kansas, sometime in the mid 1970’s. Though I was, as these things go, well read for my age, I had never heard of H.P. Lovecraft. For entertainment as much as anything else, killing time between classes I would often stop by the bookstore. I noticed a series of paperbacks that appeared on the shelves all adorned in a similar style – black covers decorated with a series of horrible, distorted monster heads. It immediately caught my eye. Looking at them I saw they were all collections of short stories by H.P. Lovecraft.

I asked around about this Lovecraft guy and was told that he wrote very scary stories. Then I remembered I had read a novel by Colin Wilson – The Mind Parasites – that was written as an homage to Lovecraft. It seemed pretty important at the time. So I bought a handful of titles. 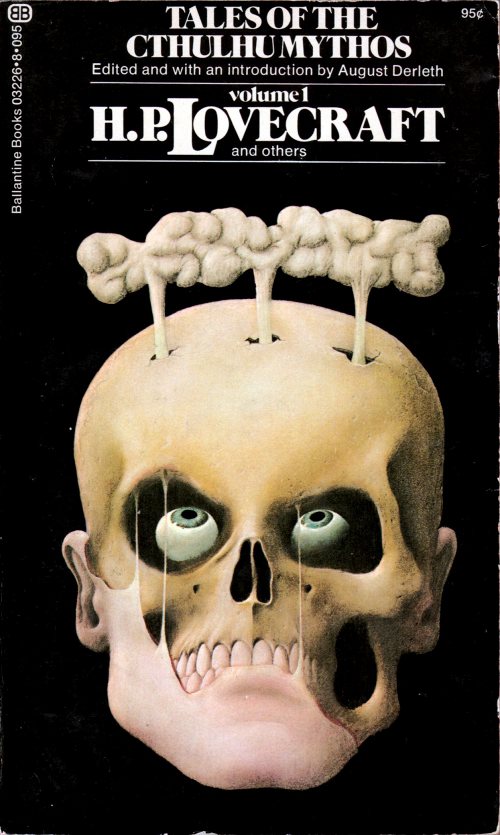 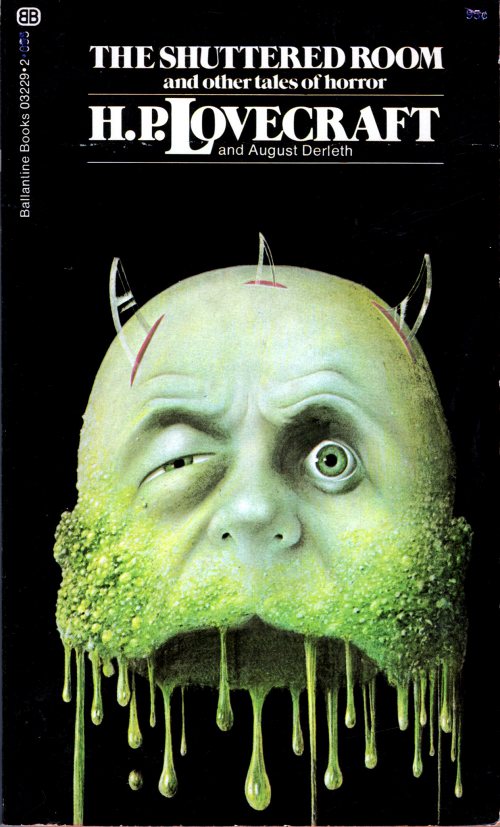 So it was with some excitement I carried my little bag of books back to my dorm room, stretched out, and started to read. I read a half-dozen or so and remember thinking, “What is the big deal?” They were creepy, sure, and imaginative in s pulp sort of way, but written in a sort-of archaic style. And they didn’t seem that scary to me.

Then, I tried to go to sleep. There, stretched out in the dark, I couldn’t get the stories I had read out of my mind. Lovecraft has an ability to get under more than your skin – his writing goes right to the subconscious. The unease and fear I felt is with me to this day.

I was a fan. Not the first and not the last.

I later realized that a very strange movie I had seen as a kid – The Dunwich Horror – was another Lovecraft work.

Today’s story is a short little introduction to Lovecraft’s style and themes. His most well-known works are set in a world known as The Cthulhu Mythos – which a lot of other writers have added to over the years. Some of these are very good – but nobody is able to quite duplicate Lovecraft’s ability to frighten.

After a while, as the days of waking became less and less bearable from their greyness and sameness, I would often drift in opiate peace through the valley and the shadowy groves, and wonder how I might seize them for my eternal dwelling-place, so that I need no more crawl back to a dull world stript of interest and new colours. And as I looked upon the little gate in the mighty wall, I felt that beyond it lay a dream-country from which, once it was entered, there would be no return.