“There is only one thing I fear in life, my friend: One day, the black will swallow the red.” – John Logan, from Red 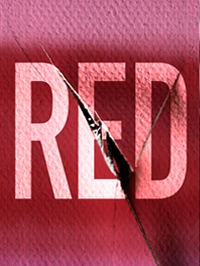 It was time for another “Pay What You Can” night at Dallas Theater Center’s Wyly theater. I have seen King Lear and The Elaborate Entrance of Chad Deity at rock-bottom prices and now watch the web site for any new opportunities.

This go-round is the Tony Award winning play Red, by John Logan. It’s a two man play based on the artist Mark Rothko, set in Rothko’s studio in 1958, during the time he is working on a group of large murals for the new Four Seasons Restaurant in the Seagram Building in New York. Rothko and his fictional assistant, Ken, work and talk about art and life. The overarching conflict between the two is the very acceptance of the commission to decorate the walls of a restaurant frequented by the wealthiest people in the world. Rothko insists it is a subversive act, that he wants to paint, “something that will ruin the appetite of every son-of-a-bitch who ever eats in that room.” Ken counters that Rothko simply wants to feed his ego with the money and fame the prestigious commission offers.

At any rate, I was going alone, and went to catch the train downtown. Since I left from work, I felt underdressed – but that was fine; the crowd for “Pay What You Can” night was motley and wearing all sorts of styles at various levels.

I was interested in the staging of Red. King Lear is still running at the Wyly in the main stage above the lobby (the Wyly is revolutionary in its stacked structure – the lobby is at the bottom, the stage area above, with the support spaces higher up). For Red, they converted the rehearsal hall on the ninth floor into an artist’s studio.

While the patrons attending Lear were entering on the right side of the Lobby, we were divided into groups and sent up elevators to the ninth floor. The tickets had no seat assignments, so the crowd wandered around the edges of the studio, finding chairs lined against the wall on low risers. After I settled in, I noticed the actor playing Rothko silently sitting in a comfortable chair in the center of the room, staring and contemplating one of his in-progress color fields. Finally, the last patron came in looking around, looking lost – I noted his clothing was curiously dated… like something out of the fifties. Suddenly I realized that this was the actor playing the assistant, he spoke to Rothko, and the play began.

The play was simple – only two characters, one set, no intermission. Very intimate – you are there in the studio with the two characters. It was more intellectual than passionate – the only real moments of raw emotion was generated by Ken talking about the death of his parents… and that felt a bit forced. Still, it was enjoyable – the character of Rothko is a grand pompous bully – and a brilliant one. Ken was more of a blank canvass where Rothko would paint with his powerful personality and stubborn ideas, but Ken’s point of view somehow kept winning out in the end.

One highlight was a long, wordless passage where Rothko and Ken together slather the dark crimson undertone on a giant canvas, both working hard, slinging heavy brushfulls of paint in different sections of the wall-sized work, their breathing hard and passionate in the small space. To Rothko his paintings are living things… and he feels responsible for and concerned about their ultimate fate.

There is a lot of talk of the art of the time. It was fascinating how Rothko boasted of how he and the abstract expressionists dethroned Picasso and Matisse (“Nobody even thinks of painting cubism anymore, it’s dead”) and how Ken feels that Pop Art is now overthrowing Rothko.

There is a lot of namedropping here, and it helps to know a thing or two about a thing or two – but not so much that it gets in the way of the entertainment.

After the play we rode the elevators back down to the lobby. It was full of patrons from King Lear, which was in intermission. They were all very nattily dressed, formal, seeing and being seen in that Dallas way while we cheapskates skittered away at the edges.

Outside, the glittering canyons of the city were shining at night while torn scraps of low cloud skimmed by overhead, illuminated by the lights below. It was beautiful and a bit of a shock – while the play was going on it was easy to think you were really in a dingy art studio and forget that you were really nine stories in the air in a huge aluminum cube-theater-machine.

Down Flora Street, between the hulking rows of the Arts District public edifices stood the Dallas Museum of Art. Inside, I knew, there was a Rothko painting. I’ve seen it before – but now I want to go back and stare at it for a while, watch it pulse, see it live, think about what the artist was thinking in that dark place where it was painted. 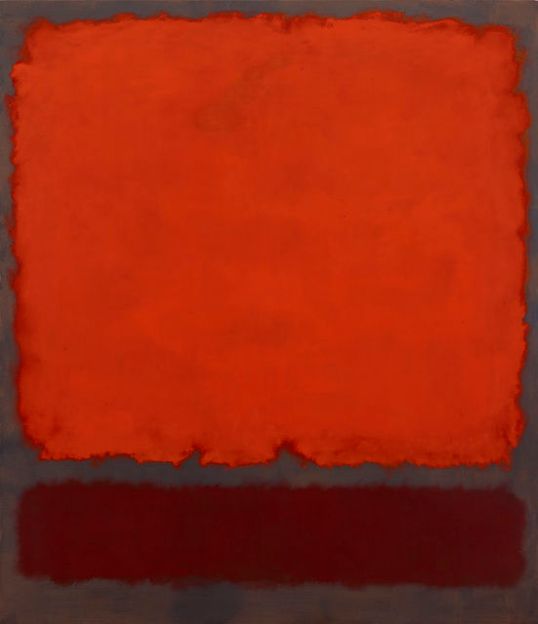