Martyn Ashton takes the £10k carbon road bike used by Team Sky’s Bradley Wiggins & Mark Cavendish for a ride with a difference. With a plan to push the limits of road biking as far as his lycra legs would dare, Martyn looked to get his ultimate ride out of the awesome Pinarello Dogma 2. This bike won the 2012 Tour de France – surely it deserves a Road Bike Party!

Shot in various locations around the UK and featuring music from ‘Sound of Guns’. Road Bike Party captures some of the toughest stunts ever pulled on a carbon road bike.

Cormac McCarthy Cuts to the Bone

Blood Meridian used to be a much different novel. McCarthy’s early drafts reveal how an American masterpiece was born.

At least this is what I pictured after I came across a recipe for homemade gunpowder in McCarthy’s notes. The laminated recipe, scrawled in small cursive letters on a bail bondsman’s notepad, is part of the Cormac McCarthy Papers—98 boxes of notes, letters, drafts, and correspondences on all of the reclusive author’s works—archived at Texas State University-San Marco’s Wittliff Collections. Bought for $2 million in 2008 as a joint venture between the university and Bill Wittliff (screenwriter of Lonesome Dove), the collection includes unpublished material such as a screenplay, Whales and Men, and drafts of an upcoming novel, The Passenger (not available for reading until after publication). But of primary interest to McCarthy’s most devoted fans are the multiple drafts of the Tennessean’s magnum opus, Blood Meridian or the Evening Redness in the West. The archives give us a unique look inside the working method of an artist who speaks little about his own work—and gives us clues as to how his reticence, when brought into Blood Meridian itself, transformed a good book into a cold-blooded masterpiece.

I’m not generally a big fan of bridal photograph shoots – but this one will do: 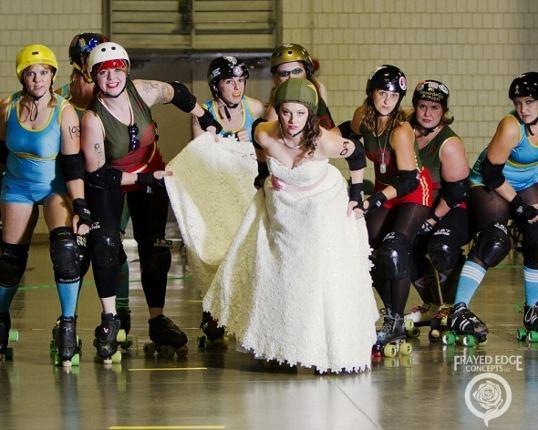 40 Things To Say Before You Die

I live in a… well, in a completely different world than Camile Paglia. However, I’ve been reading some of her work online, am very interested in the book she is about to publish, and surprised how much we think alike, though our points of view are so very different.

Some meaty thought in some of these articles:

How Capitalism Can Save Art
Camille Paglia on why a new generation has chosen iPhones and other glittering gadgets as its canvas.

WHITHER THE ARTS? At Ricochet, Dave Carter links to Camille Paglia’s essay in the Wall Street Journal on the decline of the art world with a reminder of the wonders of the 700-year old Cologne Cathedral.

In the comments, Michael Malone of Forbes, ABC and PJM reminded readers of how the church managed to survive World War II:

I hate to burst anybody’s bubble about the ‘miraculous’ survival of Cologne Cathedral in WWII, but it was anything but that.  When my parents were touring the cathedral years ago and the tour guide began describing this miracle, my father, who actually had bombed Cologne, whispered to my mother, “We left it standing because it was perfect for targetting the rest of the city.”  On the same trip, sitting at a cafe enjoying his morning weiss beer and veal sausage, a local struck up a conversation with him, eventually asking, “Have you been to Cologne before, Herr Malone?”  My father casually replied, “No, but I’ve flown over it a couple times. . .”

And finally, a very interesting interview with some surprising points:

I don’t like the situation where the Democratic Party is the party of art and entertainment, the party of culture, while the Republicans have become the party of economics and traditional religion. What that does is weaken both sides. One of the themes in my book is the current impoverishment of the art world because of its knee-jerk hostility to religion, which is everywhere. That kind of sneering at religion that Christopher Hitchens specialized in, despite his total ignorance of religion and his unadmirable lifestyle, was no model for atheism. I think Hitchens was a burden to atheism in terms of his decadent circuit of constant parties and showy blather. He was a sybaritic socialite and roué – not a deep thinker — whose topical, meandering writing will not last. And I’m no fan of Richard Dawkins’ sniping, sniggering style of atheism, either.

A responsible atheist needs to be informed about religion in order to reject it. But the shallow, smirky atheism that’s au courant is simply strengthening the power of the Right. Secular humanism is spiritually hollow right now because art is so weak. If you don’t have art as a replacement for the Bible, then you’ve got nothing that is culturally sustaining. If all you have is “Mad Men” and the Jon Stewart “Daily Show,” then religion is going to win, because people need something as a framework to understand life. Every great religion contains enormous truths about the universe. That’s why my ’60s generation followed the Beat movement toward Zen Buddhism and then opened up that avenue to Hinduism – which is why the Beatles went to India with the Maharishi Mahesh Yogi. Then it all disappeared, when people became disillusioned with gurus. But spiritual quest was one of the great themes of the ’60s that has been lost and forgotten – that reverent embrace of all the world religions. This is why our art has become so narrow and empty. People in the humanities have sunk into this shallow, snobby, liberal style of stereotyping religious believers as ignorant and medieval, which is total nonsense. And meanwhile, the entire professional class in Manhattan and Los Angeles is doping themselves on meds and trying to survive in their manic, anxiety-filled world. And what are they producing that is of the slightest interest? Nothing. Nothing is being produced in movies or the fine arts today (except in architecture) that is not derivative of something else.

50 People You Wish You Knew In Real Life