Why James Bond Fans Are Better Than Sci-Fi Geeks

Bond fans are different. They (we) make an effort. When I was younger, I found that watching the Bond films and reading the books made me a more active and motivated person. I began to take an interest not just in playing video games but in learning new things. Online Bond forums are, by and large, not a bunch of nerds arguing over fantasy scenarios but guys talking about actual skills: effective martial arts to learn for self-defense, good clothing decisions, how to fix cars, elegant alcoholic drinks, card-playing tips, travel locations, etc. These are real skills that you can go out and learn and use. You can’t learn how to fly an X-wing, do flips with a lightsaber, or use the Vulcan neck thing to take out a mutant invader.

There has been a lot of talk about Lincoln’s voice in the new Speilberg film – how Daniel Day Lewis interpreted him as having a higher voice than the usual booming baritone. This seems to be historically accurate.

It didn’t seem to be such a big deal, until I listened to this trailer:

Photographer and videographer Peter Sutherland followed six cyclists from different disciplines of cycling and personal backgrounds to produce short but moving documentaries on each one.

“When we spend our lives waiting until we’re perfect or bulletproof before we walk into the arena, we ultimately sacrifice relationships and opportunities that may not be recoverable, we squander our precious time, and we turn our backs on …our gifts, those unique contributions that only we can make. Perfect and bulletproof are seductive, but they don’t exist in the human experience.”

I keep reading everybody writing and saying that, “Rush is an idiot!”

I don’t know… this might not be everybody’s cup of tea, but it’s pretty good anyway:

Sunset taken from the Soda Bar on the roof of the NYLO hotel, Southside, Dallas. 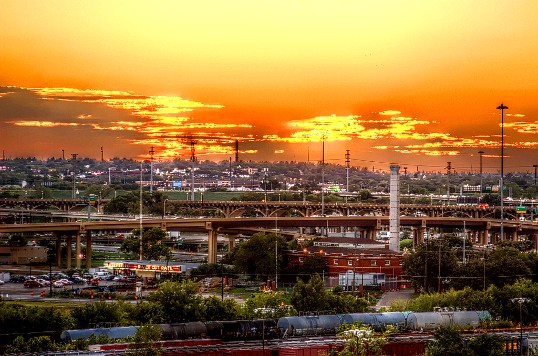 Sunset from the roof of the NYLO