“Stupid people don’t always know that they’re stupid. They might be aware that something is wrong, they might notice that things don’t usually turn out the way they imagined, but very few of them think it’s because of them. That they’re the root of their own problems, so to speak. And that sort of thing can be very difficult to explain.”
― Jonas Karlsson, The Room

Oblique Strategy: Get your neck massaged 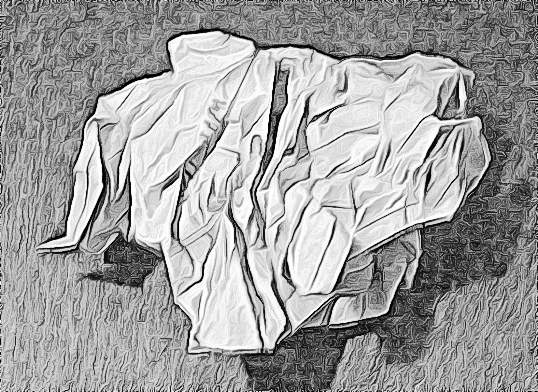 Here’s some origami I did. I’m working on a story and I decided to origami my draft. The design is called, “This is a bunch of crap.”

Three down, ninety-seven to go.

A few days ago, while working on my goals for 2018 I decided to set a goal of reading a hundred books in the year. Thinking about it, I decided the only way to pull this off was to read short books. I made a list of 66 short novels and wrote about it. Thinking more about it, I was excited enough to jump the gun and start the 100 books immediately. The first one I read was Shirley Jackson’s We Have Always Lived in the Castle. The second was Zastrozzi, by Percy Bysshe Shelley.

I picked The Room by Jonas Karlsson by walking down the fiction aisle in the Library and looking for a thin book. There were two by the same author, the other was called The Invoice. I chose The Room because is was slightly smaller.

The book is a Kafkaesque tale, or at least it starts that way, of a worker bee in an antiseptic office (his boss keeps trying to get him to wear shoe covers to keep from tracking dirt) that discovers a secret room behind a door down the hall, between the lift and the toilets. He discovers that going there relaxes him and enables him to get through the day with a little less stress.

One thing about this room reminded me of one of my favorite tomes, House of Leaves, by Mark Z. Danielewski. In House of Leaves, Will Navidson discovers his house is a few inches larger on the inside than it is on the outside. In The Room, Bjorn measures the hallway with leftover Christmas fairy lights and discovers there is no space for his room. He chalks it up to a trick of architecture.

The book starts out lighthearted but takes a darker turn as Bjorn’s officemates decide they don’t like him hanging out in his own special room. The book, told in the first person, like We Have Always Lived in the Castle, sports an unreliable narrator… an extremely unreliable narrator. The central question is “Is he nuts?” and there isn’t much doubt about the answer.

One question in my mind was who does Bjorn work for anyway? It is called The Authority and seems to be a quasi-government agency. It seems Orwellian as they take reports from investigators and process them in various ways. At any rate, their actual work seems to be easy enough – a lot of paper-pushing.

I enjoyed the book enough to think about reading The Invoice later. The author, Johas Karlsson is a popular Swedish Actor. A real Renaissance man.