“Down below the narrow street was empty. All the balconies were crowded with people. Suddenly a crowd came down the street. They were all running, packed close together. They passed along and up the street toward the bull-ring and behind them came more men running faster, and then some stragglers who were really running. Behind them was a little bare space, and then the bulls galloping, tossing their heads up and down. It all went out of sight around the corner. One man fell, rolled to the gutter, and lay quiet. But the bulls went right on and did not notice him. They were all running together.”
—Ernest Hemingway, The Sun Also Rises 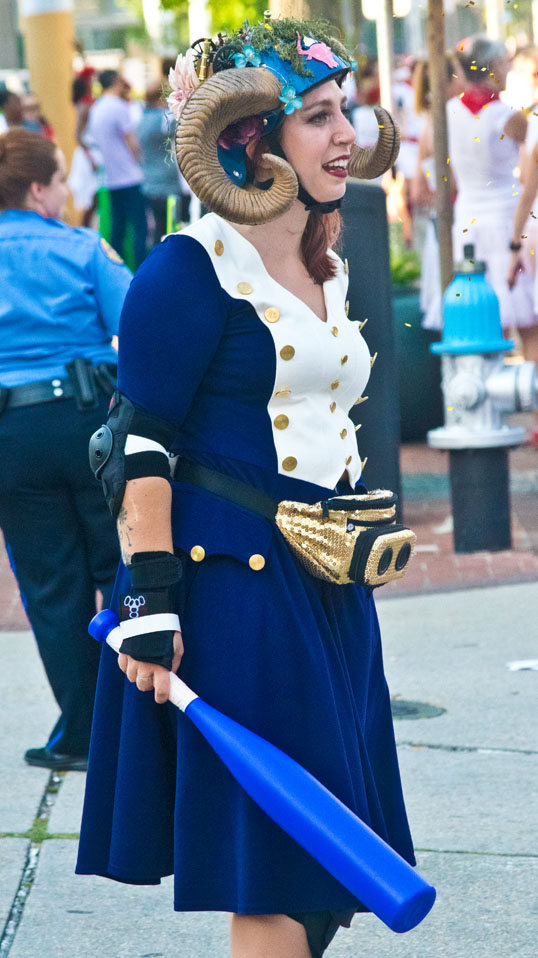 New Orleans, Running of the Bulls 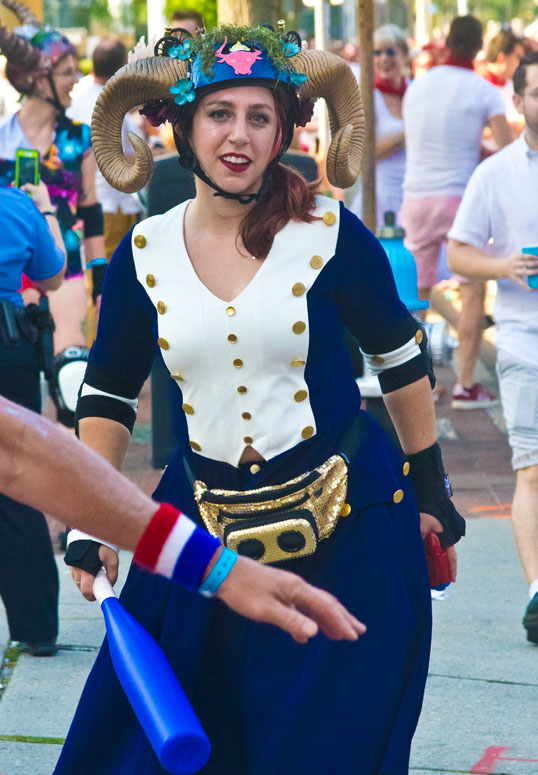 New Orleans, Running of the Bulls

One Bull dressed in blue – with a bit more class, including a matching plastic bat. She looked great – though she did complain of the heat in her outfit.