“The ornament of a house is the friends who frequent it.”
― Ralph Waldo Emerson

For over a decade we did nothing to our house – no improvements, no work. With two boys and their friends at home or at school and spending summers at home – there was no use. Everything was going to be destroyed, no matter how hard we tried. Our house became frighteningly outdated and worn out.

Now that both sons are more-or-less gone, we have slowly tried to fix, repair, and update our house. We have no excess money, little time, and less energy, but we do what we can.

Our master bath was outmoded, dysfunctional, and bilious. I decided that was one room that I could update on my own (more or less). I started over the last holiday break, thinking I had time off work. But I caught a nasty flu that took a long time to get over, and that set me behind. It took a terrible amount of time to finish – an embarrassing amount of time.

The counter with two embedded (seashell shaped) sinks was especially awful. It was a huge hunk of some sort of cultured stone – yellow with dark streaks and bits of shiny gold flakes embedded in it. I suppose this was in style at one time, but I am not aware of any time that it could have been. It was incredibly heavy – it took four of my son’s largest friends to haul it out.

Everyone says that the only thing to use is marble, but the counter was ninety inches long – a hunk of marble that size would cost six thousand dollars. So I decided to go with tile, always an economical choice, and with a pair of vessel sinks. We were happy with how all that turned out. We struggled with colors, trying some various schemes out and painting over them. We ended up with grays and whites – not a lot of interest. We thought we could add color with accessories.

I had the idea of printing out some of the photographs I have taken and hanging them on the walls. So I started looking through my catalog. Even though I am trying to put more live subjects into my shots, I didn’t want any people in the photos. Nobody wants anybody watching them from the walls of their bathroom.

After some thought, I remembered a series of photographs I took at sunset at the Galatyn Park Fountain here in Richardson. They were abstract and somewhat colorful and the water theme seemed to fit with a bathroom. I decided on two larger photos, 16 x 20 and one smaller one, 8 x 10. 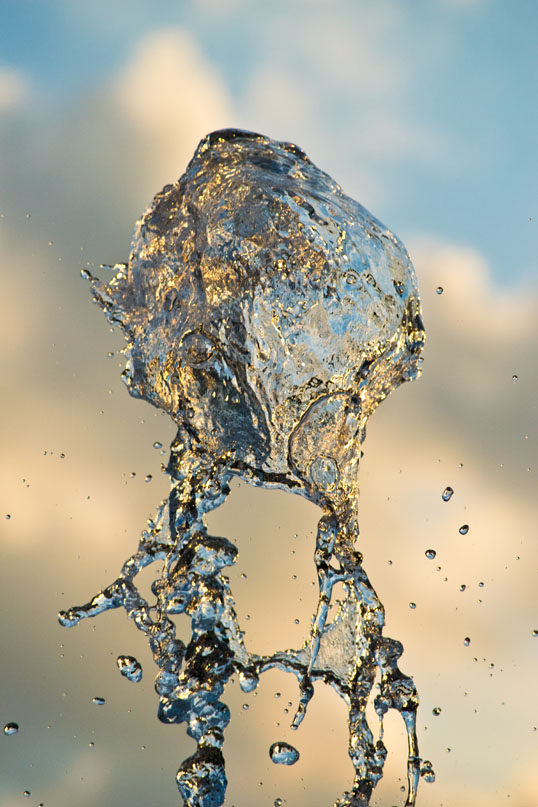 From Walking on Water 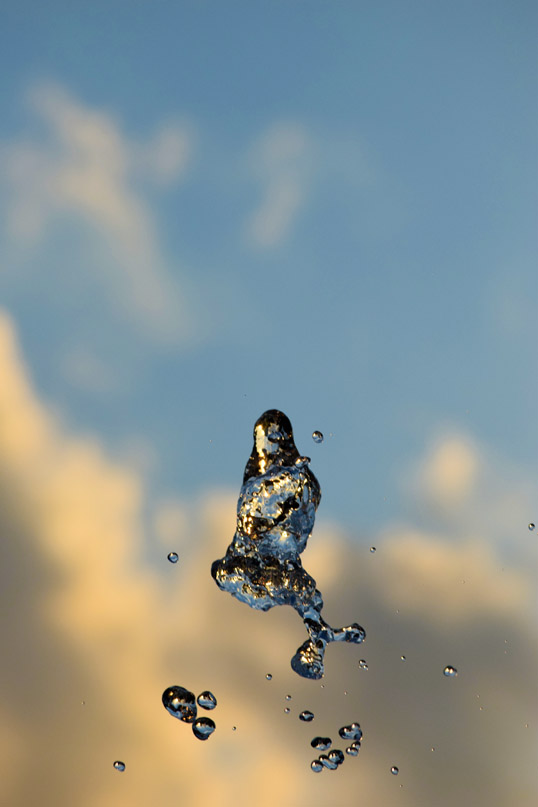 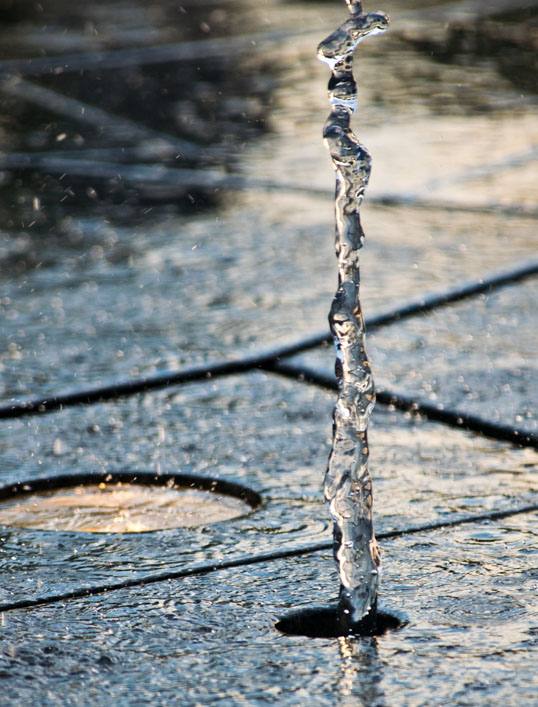 From Something I’d Never Tasted Before

I sent the files off to Posterjack for the printing, and was very happy with their work. Then I bought poster clip glass from Michaels – a lot cheaper than matting and framing, and fine for the bathroom.

While I was waiting in line at the checkout at Michaels I noticed along with some folks behind me that they had a book on display – on that rack full of impulse purchases for the people in line. It was “Fun With Fidget Spinners: 50 Super Cool Tricks & Activities .” That is an actual book. A book of things that you could do with a fidget spinner…. other than spin it. We couldn’t imagine what could be in the book. Maybe I should have bought it.

I have to do a little more work trimming and fitting the posters (they are not exactly 16 x 20), but overall, I’m happy on how it all came out.

It’s only a bathroom, and it’s our bathroom, but there is a bit of a tiny thrill to see my photographs printed out large and mounted on the wall.

The smaller photo on the wall at the end of the sinks.

The two larger posters on the large blank wall facing the sinks.